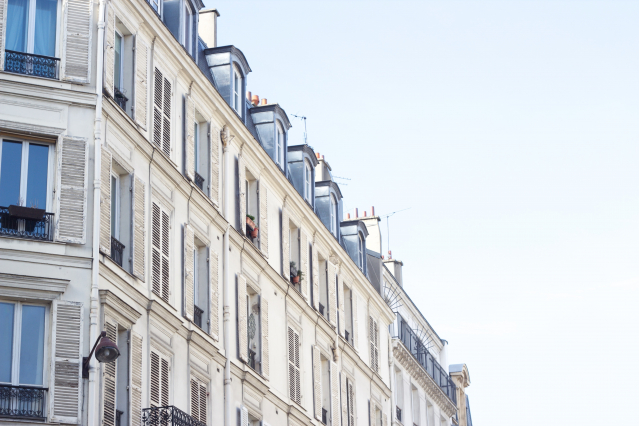 Parisian owners are selling their apartments because the lack of tourists over the past year has led to a drop in rental income of up to 70%.

The Paris City Hall estimates that there are around 35,000 Parisian properties published on the Airbnb tourist rental site.

But during the health crisis, the number of tourists has plummeted and many owners have had to shoulder costs they cannot afford.

Frédéric Teboul, boss of several branches of the real estate agency Guy Hoquet Aleph in Paris, told the newspaper Le Figaro, “We have more and more salespeople in this position”.

“The banks froze their loans for a few months, but the owners had to start paying off the mortgages and without tourists they couldn’t do it,” he said.

Owner Philippe bought a studio in Paris at the end of 2019 and has only been able to rent it for a few weeks since.

He said: “The losses are heavy, but what I want now is to lose as little money as possible.”

All over the world, the prices of capital goods are falling.

It comes as local authorities and French courts have tightened the conditions for renting properties on Airbnb and other platforms.

A recent ruling against an Airbnb owner who broke city rules about how often properties can be used for short-term rentals has opened the floodgates.

Now another 420 cases, which had been blocked in anticipation of the decision, have been reopened, representing total fines for the owners of around 9 million euros.

Paris City Hall plans to purchase properties used primarily for Airbnb rentals from owners in June 2020, in order to rent them out at lower prices and revitalize the rental market.

But it’s hard to measure exactly how many vacation rental owners are now considering selling properties.

Samuel Berrih, boss of several Century 21 real estate agencies in Paris, said many owners who now want to sell do not admit renting their property to tourists.

“There are some who tell us and others who don’t, but we can normally tell,” he said.

“When they show us pictures with a basket of croissants on the table, or napkins rolled up on the bed, there is not much doubt [that they have been renting the property]. “

A study by the University of Bordeaux-Montaigne among 300 owners of several properties found that 8% were considering selling at least one house, Le Figaro reported.

23% were considering renting one of their properties, like many owners in Paris, but to a different type of tenant.

Popular long-term rental site PAP saw a 49% increase in properties offered to renters in the capital in February 2021.

Mr. Teboul said, “Landlords are leaving year-round rentals, to hold out until the crisis passes.

“Anyone who has a loan will not be able to do it. “

Real estate in France 2021: house sales are down but prices are rising