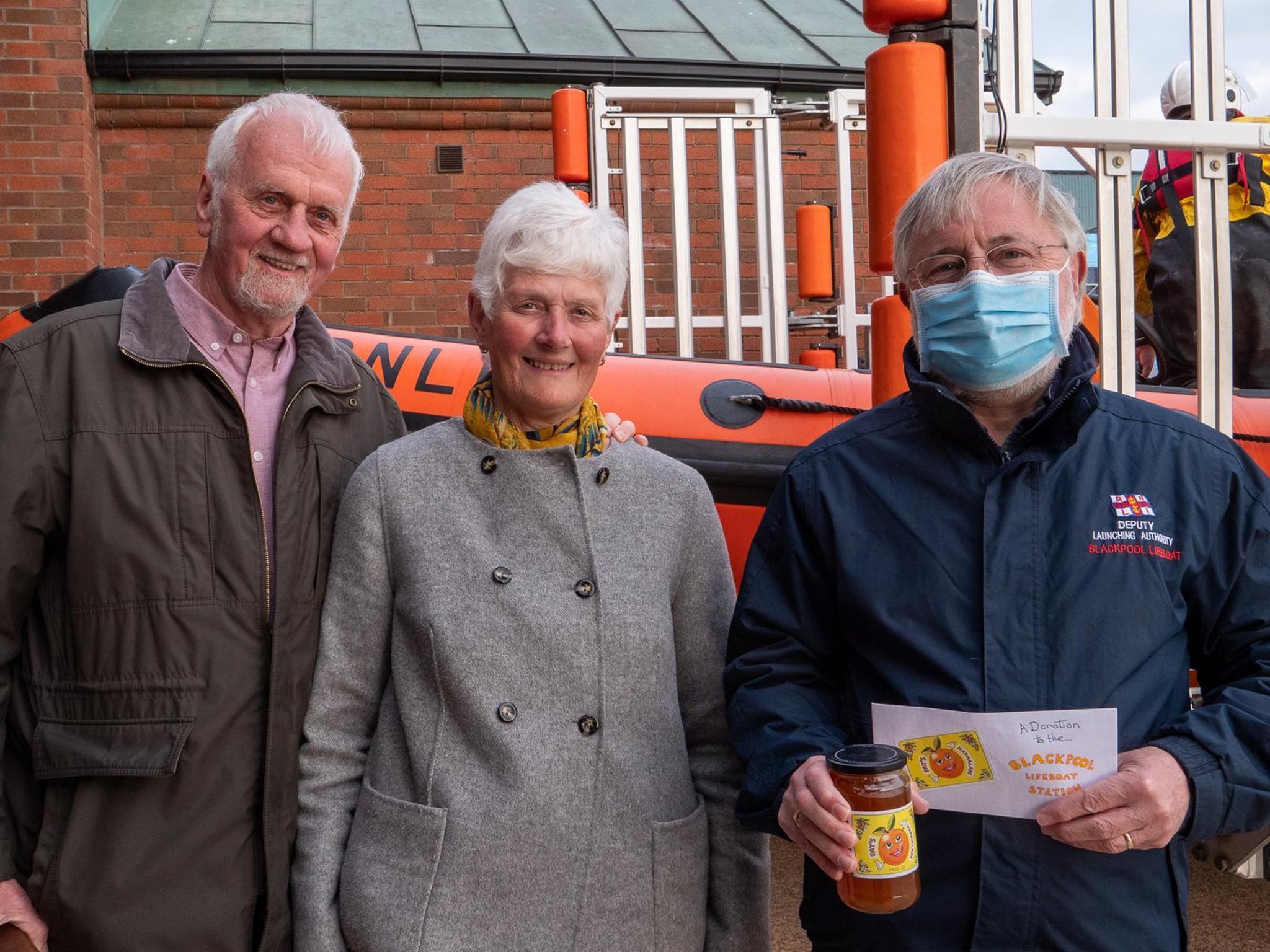 Pat is a marmalade wonder!

“I saw Seville oranges for sale at a greengrocer and thought I would give it a try.

“At first I just gave it to my family and friends, but they were so impressed with the flavor and texture that they advised me to sell it and that’s how it started. “

Since then, Pat, who lives near Stanley Park, has made more than 1,000 jars for £ 1,900 for charity, with Pat’s canning popularity increasing every year.

She recently raised £ 600 for Blackpool Lifeboat Station by making and selling 300 jars of marmalade in the first two months of the year.

“In 2020 I raised £ 550 for the Edale Mountain Rescue Service in Derbyshire because they had so kindly helped me the year before when I was walking with my family.

“I fell on my way back to the parking lot, landed on a rock and severely split my forehead.

“Rescue came for me and after fixing me, sent me to Stockport Hospital for stitches.”

This year, she and her husband Brian, who helps her with her marmalade business, chose Blackpool RNLI as their 2021 charity,

“As Blackpool is dear to our hearts, both being Sandgrown’uns, we have chosen the Blackpool branch to receive the proceeds from this year’s marmalade sales.

“Brian and I were volunteer lifeguards in the 1960s. In fact, it was at the Colonades Lifeguard Club, near the Metropole Hotel, that we first met.

“I was 15 at the time, working for my mom at our guesthouse on Wilshaw Road and Brian was 17 going to Blackpool Technical College to study technical illustration when we started.

“Brian saved a few people from the sea or the sandbanks the next two seasons when he became a Beach Patrol employee during summer vacation.”

Pat and Brian, who will have been married for 51 years in June, have lived in Blackpool most of their lives, with the exception of eight years in Switzerland.

“In 1972 Brian got a job with a bus and truck company in Arbon on Lake Constance. We lived there for eight years, returning with our eldest son David who was then 21 months old.

Pat and Brian were delighted to visit and look around the lifeboat station when they presented a check and the last jar of marmalade to the volunteer president, Ian Butter, and a few

“We found it very impressive and quite humbling, the volunteers give so much of their time for the safety of the general public.

“I just hope my little contribution goes to the next piece of equipment they need, or staff training,” Pat said.

With Brian’s help, Pat will make more marmalade next year.

“We are looking forward to January as ‘Marmalade Time’; and don’t worry about the extra work because it fills the long days of January and February and keeps our hands busy, the icing on the cake is that

we help worthy charities and it’s always for a good cause.

This year Pat used 65kg of sugar, 36kg of oranges and 18kg of lemons. His chosen charity receives the profit after deducting the cost of sugar and fruit.

“Brian is helping me tremendously and I couldn’t do it without him, he is so patient and doesn’t complain and helps me in a thousand ways, one of which is shredding the orange peel which is a

“He also organizes and prepares the jars and designed personalized labels for me. My wonderful butcher Nigel Wilkinson from Holmfield Road, North Shore sells some of my marmalade

too much. In fact, his clients ask him for it all year round.

Frustrated customers are still waiting for refunds seven months after…