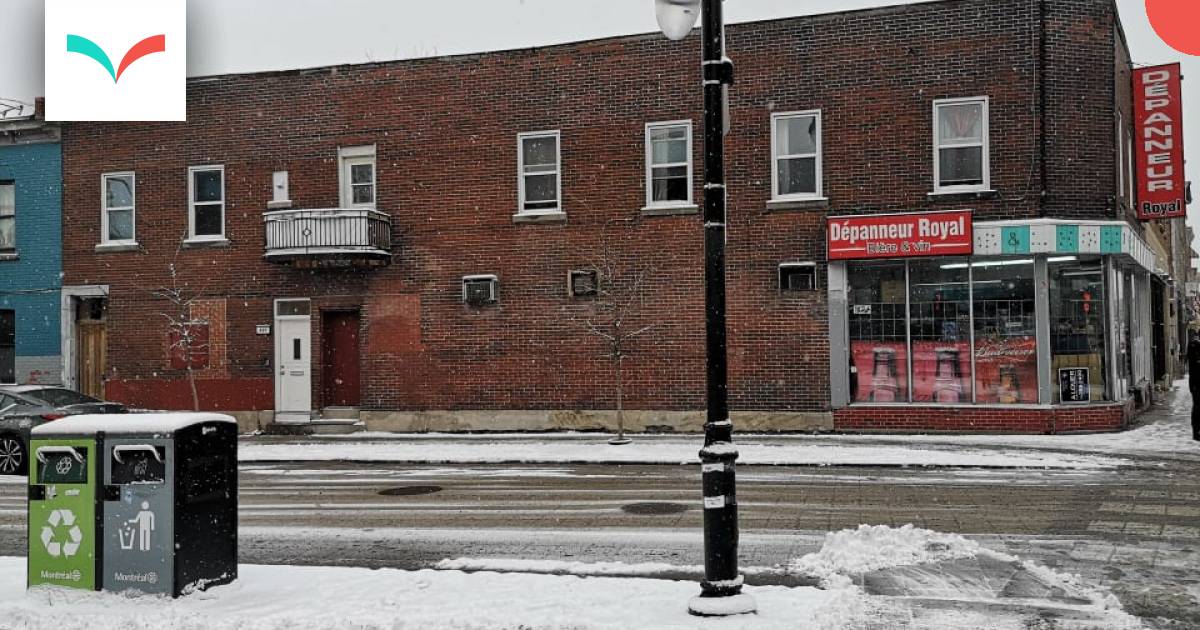 Paying rent but no place to live, a story of Montreal renovation

In 2017, Allison Ryan moved into her two bedroom apartment on the corner of Rose-de-Lima and Notre-Dame streets in the Saint-Henri neighborhood of Montreal.

She got the apartment through a lease transfer from the previous tenant (a way to pass a protected rental lease in Quebec), whom she described as “obsessed with turquoise.” She liked his charm.

“It was still strangely vintage. All of the floors were made up of those weird speckled white and black ceramic tiles, sort of ’80s office style.

Her boyfriend was also in the building. The apartment was one of four that were on top of a convenience store. She befriended the people who ran the store. She kept tabs on another tenant who had significant mental health issues.

There was “a sense of community,” says Ryan.

The call is now shorter. In February 2020, the convenience store moved to the street. One of the tenants left in March 2021, another at the end of July 2021. The boyfriend has also left, having signed a confidentiality agreement with the landlord.

Only Ryan remains, but she isn’t even able to live in her unit.

Although she continues to pay rent, her apartment has turned into a construction site.

I met Ryan in front of Café Oxford on Sherbrooke Street near where she currently lives in Notre-Dame-de-Grâce. She makes wizarding boho jewelry (her Etsy shop includes necklaces of bees, moths, a leaf of grass) and has just resumed her studies in graphic design and web design.

Describing her rental situation, she alternates between speaking calmly and seriously and bursting into exasperated laughter. She kept a detailed and handwritten account of the events.

At the end of 2019, Ryan received an eviction notice. His owner, Shiller Lavy, wanted to convert his house into short-term accommodation and rent it out through Airbnb.

The Montreal corporate owner, who owns several buildings in the city, recently made headlines for trying to impose a sky-high rent increase on Welch’s, a second-hand bookstore in Mile End. Shiller Lavy did not respond to requests for comment for this story.

Ryan, along with the other tenants in the building, fought the eviction. In March 2020, as the COVID-19 pandemic accelerated and the Airbnb market collapsed, Shiller Lavy told tenants they could stay.

The construction of the old room occupied by the convenience store began in December 2020. (It is now a sandwich shop called Baguette Brochette.) A few months later, in March 2021, the owner decides to transform the oil heaters of the building into an electric heating system.

This meant removing the pipes from the old radiator system in Ryan’s apartment, which increased the amount of dust from the construction below. It was “like button mushrooms,” says Ryan, whose lease includes heating.

Allison Ryan in her Saint-Henri apartment before it was emptied

At that time, she was particularly worried about her health – she was pregnant, which she told her owner.

The owner provided Ryan with two heaters to replace the heaters. To prevent a fuse from blowing, one of the heaters was plugged into the wall of a neighboring apartment using a 50-foot outdoor extension cord that went through the neighbor’s window and through the door to the bedroom. Ryan’s balcony. This situation persisted until August, when the baseboard heaters were installed.

In April 2021, the owner started renovating another apartment in the building. In May, they sought to expand the size of this apartment by removing the building’s emergency exit. On May 20, the borough installed a work stop sign, advising that construction had to stop because the owner did not have a permit. The sign has been torn off. On May 26, the borough installed another stop-work sign. Again, the sign has been demolished.

At the time, Ryan was concerned about the possible toxicity of the dust in his apartment, which was coming from surrounding renovations. Assuming that the level of lead in her walls would be similar to the walls of the entire building, she decided to take a lead test.

In June, at his expense, Ryan asked Axxonlab to test the lead levels in his walls. 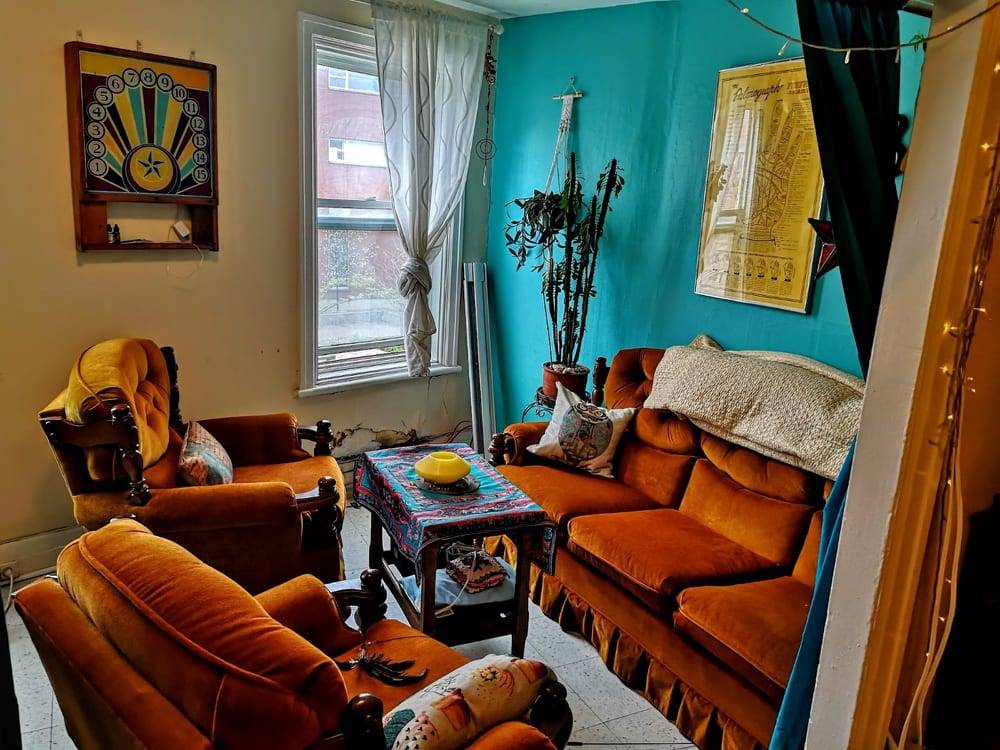 Axxonlab discovered that the paint on its walls was lead based.

Health Canada recommends that children and pregnant women be kept away from work areas while removing lead-based paints.

Ryan emailed a copy of the test results to his owner. On June 23, she received another eviction notice from her landlord, which was based in part on Ryan’s primary test. Shiller Lavy said his house was too dangerous to live in and asked him to vacate the premises. He was offered $ 5,000 in compensation.

Ryan did not accept the request. A few days later, she moved temporarily to a friend’s house in Notre-Dame-de-Grâce, worried about the impact of lead on her baby.

She is always there. And she still pays $ 805 a month in rent for her apartment in Saint-Henri.

After she left to stay with her friend, the owner started renovations without notifying Ryan.

Ryan returned at the end of August to find his apartment completely emptied: the appliances were removed, the floor tiles were gone, the walls reduced to wooden beams. In early September, she discovered that the owner had changed the locks on the front door.

She took her case to the Régie du logement du Québec, the Administrative Court of Housing. There was a hearing on October 18, but the dispute is still ongoing.

Homes have an animosity, says Ryan, a spirit that persists despite repainted walls or a repositioned kitchen table. It made him feel even greater loss – finding his house emptied of the wreckage of his life and brought back to its frame – even more.

“I love and take care of this place,” she says, explaining that she felt “raped” when she saw her house reduced to a construction site.

“This is my house and then you tear it up completely to shreds.” 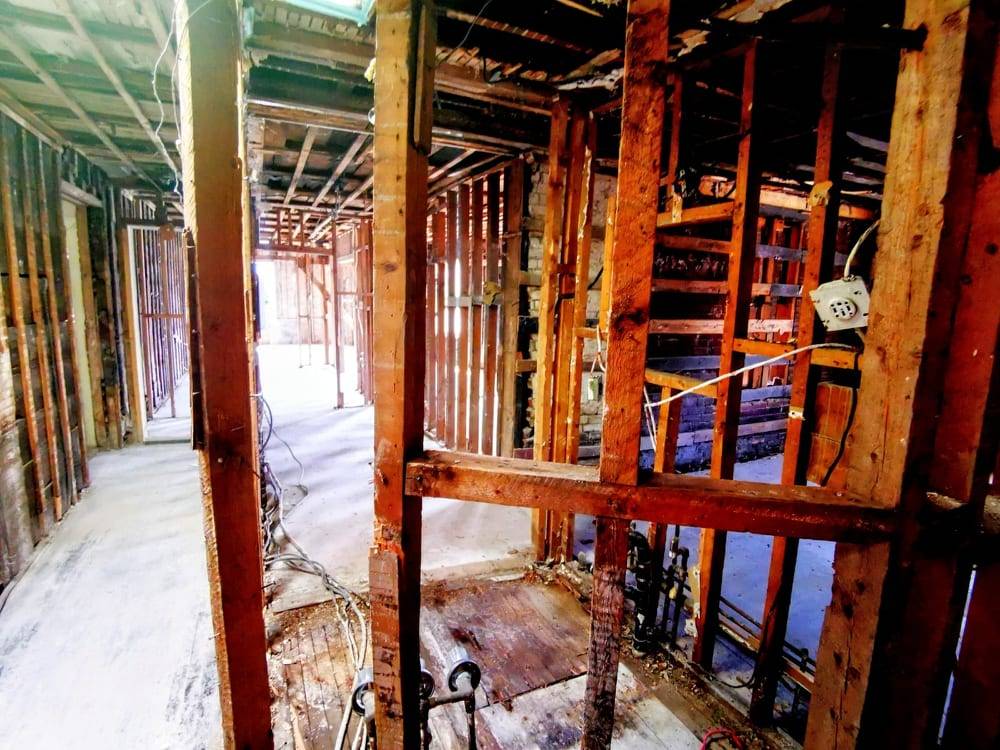 Allison Ryan’s apartment as it is now

In recent years, there has been a significant increase in renovations, says Maxime Roy-Allard, spokesperson for RCLALQ (The regrouping of housing committees and tenants associations of Quebec), an organization that brings together different groups of tenants in across the Province.

“Renovation” is the general term used to describe situations in which landlords use renovations or the threat of renovations as the basis for dismissing a tenant.

They are a symptom of steadily rising rents and house prices, Roy-Allard says.

In the Sud-Ouest borough where Ryan’s apartment is located, rents rose 21% from October 2019 to October 2020, according to statistics from the Canada Mortgage and Housing Corporation. Centris data shows that over the past year residential sales in the same region have increased by 47%.

All of this makes it harder to stay in the community.

“The renovations threaten the right of ordinary people to exist even in the city,” says Jason Toney of Take the City, a coalition of activists and groups fighting for a greener and more socially just city.

Many tenants cannot commit to fighting an eviction the same way Ryan does, even if they desperately want to stay in their home. Helping them means putting in place solutions that do not place the onus on tenants to protect themselves.

Roy-Allard wants Quebec to make renovations more difficult. Currently, a landlord can evict a tenant for expansion, subdivision or change of function of a dwelling. Especially now that the vacancy rate is below 3%, Roy-Allard believes that landlords should not have the right to evict tenants to expand or subdivide houses.

Ines Benessaiah, community organizer at POPIR, an organization for the defense of tenants’ rights that works in the boroughs of Saint-Henri, Little Burgundy, Côte-Saint-Paul and Ville-Émard, wants the city inspectors to follow up more active evictions to make sure landlords do what they say they would do to justify getting rid of their tenants.

Basically, Roy-Allard says, landlords try to evict tenants in cases like Ryan’s because they think they can charge more for a new tenant. Under Quebec law, annual rent increases are capped unless the tenant agrees to a larger increase or major renovations have been made, but new tenants often ignore the previous rent or do not wish to challenge a rent. increase. And even if they do, homeowners can use the renovations as a rationale for the increase.

Real rent control would change that. This would reduce the number of evictions because it would remove the primary motivation for evictions: increasing the rent.

In addition to removing certain powers from owners, federal, provincial and municipal governments may also seek to remove owners themselves.

“Private housing is not the solution for improvement [of] tenants’ conditions, ”explains Benessaiah. On the contrary, building and renovating social housing is “the best way to protect tenants”.

Ryan’s dispute is still unresolved. His landlord still accepts payment of his rent. And she is still unable to live in her house.

There is an understandable disbelief in her voice when she talks about her case. How did it end like that?

Ryan has a strong feeling that what happened shouldn’t have happened, that it is wrong, that this wrong requires redress. This sense continues to motivate her. 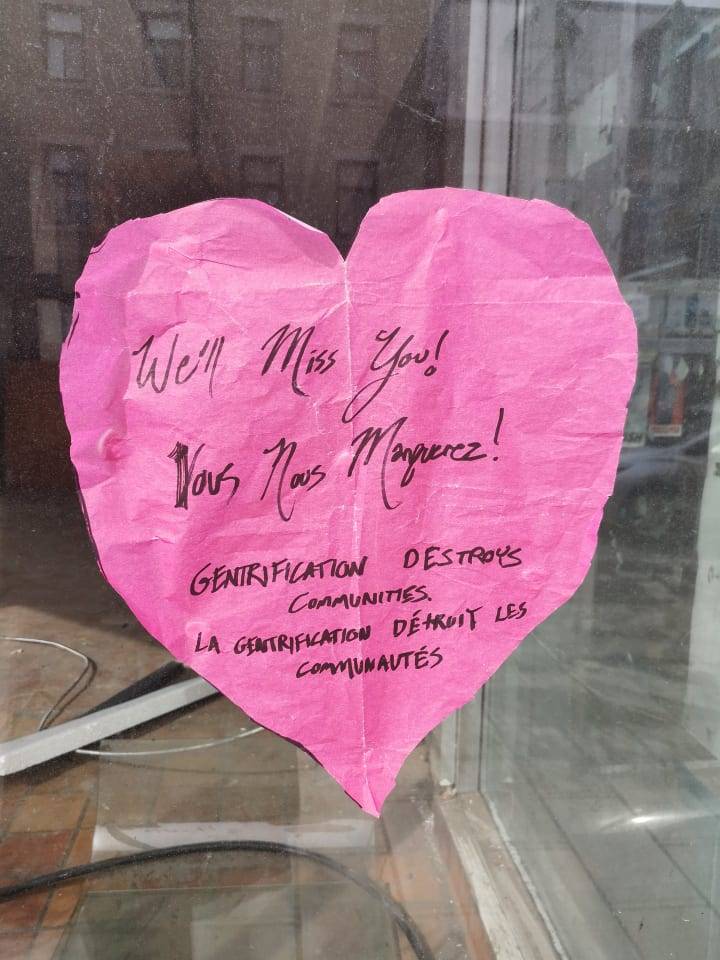 Colorado City hopes to turn into a tourist destination

A natural progression? Why there are so many data centers in Ireland

Israeli shares his knowledge of technopreneurariat in the Promised Land

5 critical pitch deck slides most founders get it wrong – TechCrunch

Nowhere to go for international students while on vacation – Old Gold &…