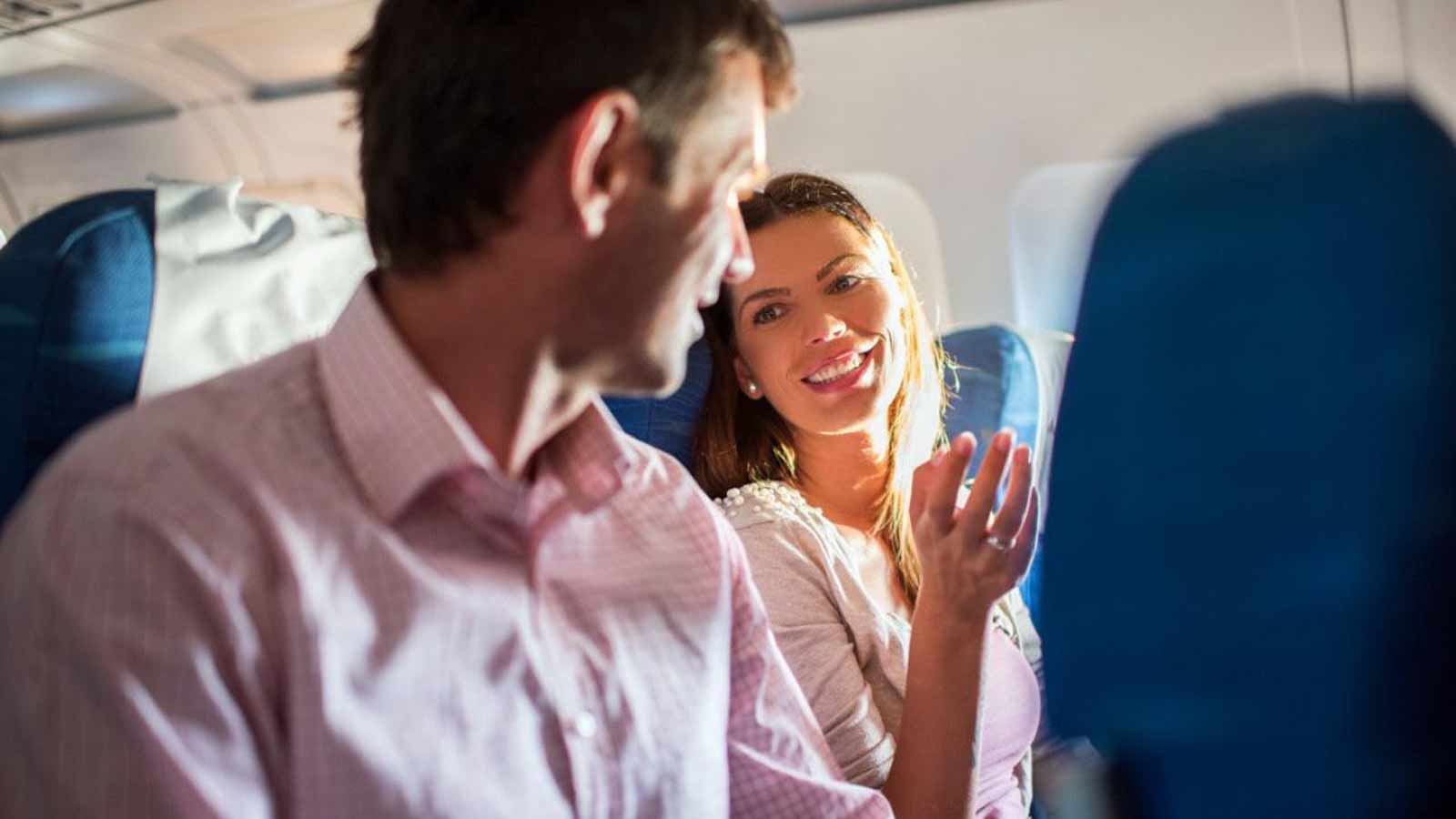 People are taking to Twitter to share the most interesting conversations they’ve had with their seatmates on flights. The conversation was sparked by a Tweet from Southwest Airlines, the world’s largest low-cost carrier.

Flights are weird. People who are your “type” suddenly seem more mysterious and attractive. The coffee is suddenly (according to some flight attendants) disgusting and unsafe to drink. And don’t even think about using the toilet paper.

Mad. And that’s only the beginning. There are also armrest wars, dudes editing their own d**k photos and – worst of all – people lying down on short-haul flights. Before you get too pessimistic, however, there are also positives. Some people fall in love on flights. Some people even end up falling asleep with a stranger’s head on their shoulder. Chic.

And some people have interesting conversations with their seatmates. Speaking of which: Southwest Airlines took to Twitter to ask their followers for their hottest chins. And the people of the internet have delivered.

What’s the most interesting conversation you’ve had with a seatmate on a flight?

A moving story came from a Twitter user named Michael (username: @LoneStarYinzer). Michael wrote: “It’s three days before Christmas. I come from a client. One of the first on the plane. Lady sits next to me holding a plastic bag. Something clearly happened to her, you could tell she cried a lot. Something is wrong…”

Michael continued, explaining how he thought the woman was going to be a pain in the ass, but actually kindled a connection with her and helped make her day a little better, as she was going through a tough time.

“The stewardess comes over and tells her she can’t hold the bag, she has to go in the overhead bin. ‘No, that bag will NEVER go in that trash can.’

“FA tries again: ‘Ma’am, then you’ll have to put it under the seat in front of you.’ She becomes even more distraught. Almost starts crying/screaming all at once… “I’m holding on to this and I don’t let go and it stays with me” At this point I start to notice.

“At this point, I can take a look inside the bag. My [heart] drops. I feel a nausea hit. Inside the bag is a [flag]. Folded absolutely perfectly. I immediately get up and ask her if she would like me to find another seat so she can put the bag on my seat for the flight…”

“I tear. She begins to cry. Her traveling companion approaches and tries to console her. “He’s my son and he won’t leave me.” No one disagrees. FA realizes what happened and tries to find a solution. Ended up being able to hold him for the flight…”

“We speak briefly. Her son was a former Iraq War veteran, he survived the war only to come home and be killed in the line of duty. Leaves behind a wife and two young children. It tells me how much she could say goodbye one last time…”

“We land in Phoenix, everyone gets up. As we wait to disembark, I give her a hug. I said to him “since your son can’t give you a hug this Christmas, I hope he can give you one through me”. She’s crying. I’m crying. We are six to cry. We disembark.

“As we walk up the catwalk, I look back and see her start to smile. I heard her travel companion say ‘he just hugged you through that guy, mom’. He’s with us. And he’s the seatmate I’ll never forget. Spreading the [love].”

Another story of an interesting conversation came from a passenger who once sat next to a deaf person and had a conversation while typing on a phone.

“I once sat next to a deaf gentleman on a 5 hour flight from Los Angeles to Chicago. We talked the whole time using our iPhones for conversation. He had a service dog with him who kept passing gas and the FA wasn’t very happy with the dog.We had a great conversation.

Flying to Egypt in 05, to meet friends and do a tour. Sitting next to an older man on a transatlantic flight. Turns out he’s an archaeologist. And was THE official Egyptian government photographer. Conversation during the flight and stopover in the AMS. I saw him at Valley of Kings a week later.

Others sat next to people with their own crazy stories, like this guy who sat next to someone who claimed to be part of the Philadelphia experiments…

“Once on a flight to DAL, we had to stop in Lubbock for several hours due to the weather. After the pit stop… I sat next to a very old gentleman who claimed to be part of the real Philadelphia experiments… teleportation and all. Compelling storyteller. »

Other Twitter users took the opportunity to sprinkle some salt, noting that they often argue with their neighbors about why Southwest is always late.

Why is Southwest always late. This has been my conversation with a seatmate the last 5 times

Others had fewer words. One said, “I prefer when they don’t talk” and another remarked that she had had little interaction with a seatmate on two different flights.

Surprisingly on the connecting flight: she’s back!
I say “Hi”, she says “Here again”. In Finnish. Nothing else on this 6 hour flight.

Yeah, we’re both from Finland (on the way home).

Other interesting conversations included photography tips (“the best way to get a glimpse of the action was to take a short video of the action and choose the best frame”) and shirtless mirror selfies that no one asked (“There was a man sitting next to me who I had never met. He was showing me pictures of his boat, even though I had put the phones inside and was clearly uninterested He kept flipping through his photos and accidentally showed me a shirtless mirror selfie. Thanks for the memories.