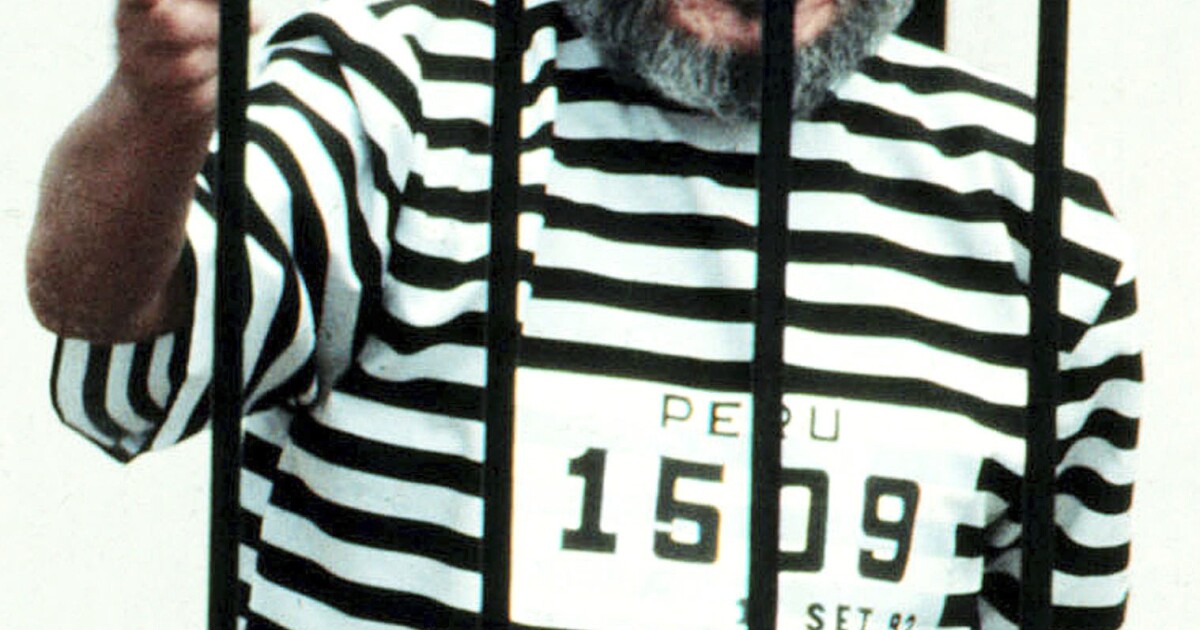 Abimael Guzmán, the leader of Peru’s brutal Shining Path insurgency that was captured in 1992, died in a military hospital on Saturday from illness. He was 86 years old.

Guzmán, a former philosophy professor, launched an insurgency against the state in 1980 and presided over numerous car bombings and assassinations in the years that followed. Guzmán was captured in 1992 and sentenced to life in prison for terrorism and other crimes.

“Our position condemning terrorism is firm and unwavering. It is only in democracy that we will build a Peru of justice and development for our people, ”Castillo said.

Despite this, Castillo has come under fire for some of his ministers’ alleged ties to the Shining Path. Prime Minister Guido Bellido has been investigated by authorities for his alleged sympathy for the group. Last week, a media outlet published police files from the 1980s describing Labor Minister Iber Maraví as a member of the Shining Path and a fugitive.

“We do not forget the horror of those times, and his death will not erase his crimes,” said Economy Minister Pedro Francke.

Guzmán preached a messianic vision of a classless Maoist utopia based on pure communism, seeing himself as the “fourth sword of Marxism” after Karl Marx, Vladimir Ilyich Lenin and Mao Zedong. He advocated a peasant revolution in which the rebels would first take control of the countryside and then advance to the towns.

Guzmán’s movement declared armed struggle on the eve of the presidential elections in Peru in May 1980, the first democratic vote after 12 years of military rule.

Throughout the 1980s, the man known to his followers as Presidente Gonzalo started an organization that grew to 10,000 armed fighters before being captured in a Lima refuge in September 1992 by a group of special intelligence of the Peruvian police supported by the United States. Since then he has been housed in a military prison on the shores of the Pacific which was built to hold him.

By the time Guzmán called for peace talks a year after his arrest, guerrilla violence had claimed tens of thousands of lives in Peru, displaced at least 600,000 people and caused damage estimated at $ 22 billion.

“Unlike other leftist insurgent groups in the region, (Shining Path) has targeted civilians and actively sought to terrorize them, both in the cities and in the countryside,” Noam Lupu, associate director from the Latin American Public Opinion Project at Vanderbilt University, said in an email about Shining Path. “The fear this generated in Peru was extraordinary, and it has marked Peruvian politics and society ever since. The violence of the Shining Path explains much of why Castillo is the first explicitly left-wing presidential administration in Peru since the 1980s. ”

A 2003 truth commission blamed the Shining Path for more than half of the estimated 70,000 estimated deaths and disappearances caused by various rebel groups and the government’s brutal counterinsurgency efforts between 1980 and 2000.

Yet he survived in a political movement formed by Guzmán’s supporters who demanded amnesty for all “political prisoners,” including the founder of Shining Path. However, the Movement for Amnesty and Fundamental Rights failed to register as a political party in 2012 in the face of fierce opposition from Peruvians with bitter memories of the destruction brought by the Shining Path.

In its songs and slogans, the Shining Path celebrated the bloodshed, describing death as necessary to “irrigate” the revolution.

Its militants bombed electricity pylons, bridges and factories in the countryside, assassinated mayors and massacred villagers. During the last years of the insurgency, they targeted civilians in Lima with indiscriminate bombing.

For 12 years, the Peruvian authorities were unable to break through the ranks of the Shining Path, organized in an almost impenetrable vertical cellular structure. Guzmán was almost captured in a refuge in Lima in June 1990, but escaped.

A January 1991 police raid in Lima uncovered a videotape showing Guzmán and other rebel leaders in mourning at the funeral of his wife, Augusta La Torre, known as “Comrade Norah”. About 15 years younger than Guzmán, La Torre was number 2 in the Shining Path command structure before she died under mysterious circumstances in 1988.

Analysts believe she may have been murdered or forced to kill herself due to an internal political dispute.

The video showed a portly Guzmán, wearing thick glasses and snapping his fingers as he danced drunk to the music of the 1960s film “Zorba the Greek”. It was the first image Peruvians had seen of him since a photo taken during an arrest in 1978.

After La Torre’s death, she was replaced as number 2 by Elena Iparraguirre, aka “Comrade Miriam”, who later became Guzmán’s wife.

Guzmán married Iparraguirre in 2010 in the maximum security prison at Naval Base Lima, where he was serving a life sentence. Iparraguirre, also captured in 1992, was brought from the women’s prison for the ceremony.

Guzmán was first sentenced to life imprisonment by a secret military court, but Peru’s highest court ruled in 2003 that the original sentence was unconstitutional and ordered a new trial. He was also sentenced to life in the 2006 retrial.

Guzmán was born on December 3, 1934, the illegitimate son of a successful trader in Tambo, Arequipa, in the Andes of southern Peru.

He studied law and philosophy at the University of San Agustin in Arequipa, where he wrote two doctoral theses: “The theory of space in Kant” and another on law entitled “The Democratic State- bourgeois ”.

In Ayacucho, he joined the pro-Chinese political party Bandera Roja, or “Red Flag”, becoming head of its “military commission” and visiting China in 1965.

Returning later to Ayacucho, Guzmán discovered that political rivals had expelled him from the party and he formed his own splinter group.

A descendant of the white elite who had ruled Peru since the Spaniards destroyed the Inca Empire nearly 500 years earlier, Guzmán recruited the sons and daughters of indigenous Quechua-speaking peasants as he gradually took control of the University.

During the 1970s, his student followers expanded into the countryside to conduct detailed studies of the communities that would be used years later to consolidate guerrilla control in the area.

For 10 years, Guzmán patiently planned before launching his war against what he called Peru’s “rotten and dilapidated” state, taking the government by surprise.

Peruvian authorities were debating what to do with Guzmán’s body.

Torres told state television they would investigate the possibility of cremation and warned that “paying homage or mobilizing in memory of Abimael Guzmán” would be seen as an apology for terrorism.

Sebastián Chávez, Guzmán’s lawyer, said that by law the decision rests with his wife, Iparraguirre, who is in a prison in Lima.

“She will decide what measures will be taken,” he said.