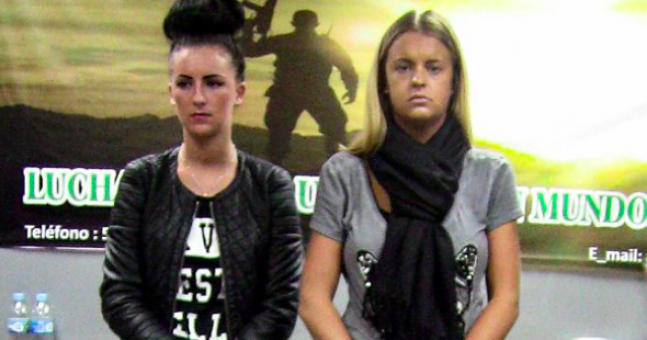 We all remember the 2013 footage and extensive coverage of Michaella McCollum and Melissa Reid – now infamously known as the Peru Two – arrested in Lima after attempting to squeeze more than a million euros worth of cocaine out. from Peru.

8 year olds on BBC announced their new 5 part series High: Confessions of a drug mule from Ibiza which will focus primarily on McCollum and his retelling of the story.

in 2013, McCollum, from Dungannon in Northern Ireland, was 19 and worked in Ibiza before traveling to Lima before the arrest. It is understood that the two young women were paid £ 4,000 to get the 11 kg of cocaine out of Peru.

Reid and McCollum were both sentenced to 6 years and 8 months in prison, but were released in 2016 after requesting their return to the UK. McCollum detailed his experience in his book, You will never see the light of day again. The synopsis for the documentary on the BBC website reads:

“Said in her own words, McCollum tells the extraordinary story of how she became infamous around the world as half of the two Peruvians.”

“From the way she was recruited as a drug cartel mule and was arrested, tried and jailed in one of Peru’s most notorious maximum security prisons, to the even more extraordinary story of the way she got away with it again. “

The documentary will air on the BBC on Monday 5 July.

READ NEXT: Reopening date of the interior dining room postponed