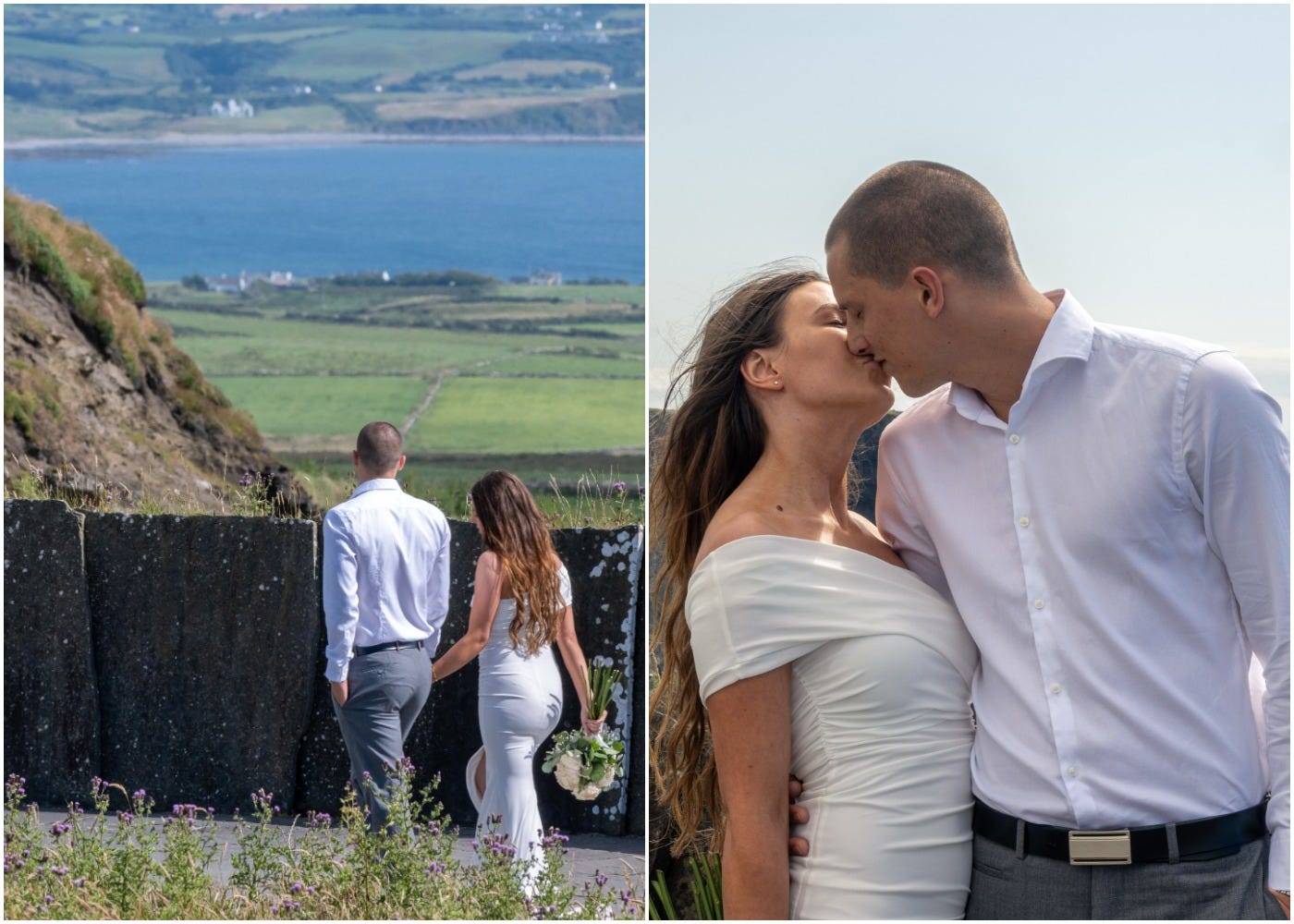 A photographer who used social media to track down two newlyweds whose impromptu wedding photos he had taken said he managed to reunite the couple with photos of their special day.

Kevin hennessy, a 23-year-old photographer and co-host of the “Tri Pod” photographic podcast, told Insider he was walking along the Cliffs of Moher in County Clare, Ireland, on a family vacation on Saturday when he ran into a newlywed couple. dressed in wedding attire. Noting that they didn’t hire a professional photographer to take their photos at the time, Hennessy said he offered to help.

“I always have my camera with me no matter where I go,” Hennessy, from County Wicklow, Ireland, told Insider. “I just said, ‘Hey, do you mind if I take a few?'”

Hennessy said the entire photoshoot only lasted about 80 seconds before he realized his family had “moved away” from him.

“I picked up my things and said, ‘Listen, congratulations, I hope you enjoy the rest of the day,'” he said, adding that he had yet to realize that ‘he forgot to ask for their contact details.

It wasn’t until that evening after Hennessy, who said he was primarily a concert photographer, returned to his Airbnb that he discovered he had no way of sharing the photographs with. the couple.

He told Insider that while discussing his experience in his WhatsApp podcast group, a colleague suggested posting the photos to Twitter to see if anyone would recognize the couple.

On Tuesday morning, just before 9 a.m., he said he finally started searching for the couple by asking Facebook, Instagram and Twitter users if they recognized the couple.

His tweet calling for public help to find the couple has since gotten over 1,800 likes and 450 retweets at the time of writing, and he said a post on his personal Facebook has been reshared more than 600 times.

Hennessy told Insider the search took less than four hours because the groom’s boss, who has been identified as Mateo Rako, 25, saw Hennessy’s message and reached out.

Hennessy said it turned out that the groom and his wife Andela Rako, 25, who live together in Dublin, were also trying to use social media to find him. “It’s kind of like we’re both almost in the same position, we’re looking for each other,” Hennessy added.

In an email to Insider, the bride was quick to praise Hennessy’s photography. “We are overwhelmed,” she said. “It’s so nice to see that someone who was unknown to us until today did so much for us and kindly offered us photos and a great story to remember. We just hope that one day we will have the chance to meet Kevin. “

Whether or not Hennessy will pursue her new career as a wedding photographer is still up for debate.

“I can’t say no to people,” he joked. “Filming a wedding and photographing a wedding is fantastic, it’s so much fun, you are part of someone’s special day.”

Mateo and Andela Rako did not immediately respond to Insider’s request for comment.

The Ultimate Guide to Bachelorette Parties in San Diego

Who becomes governor of New York if Cuomo resigns?