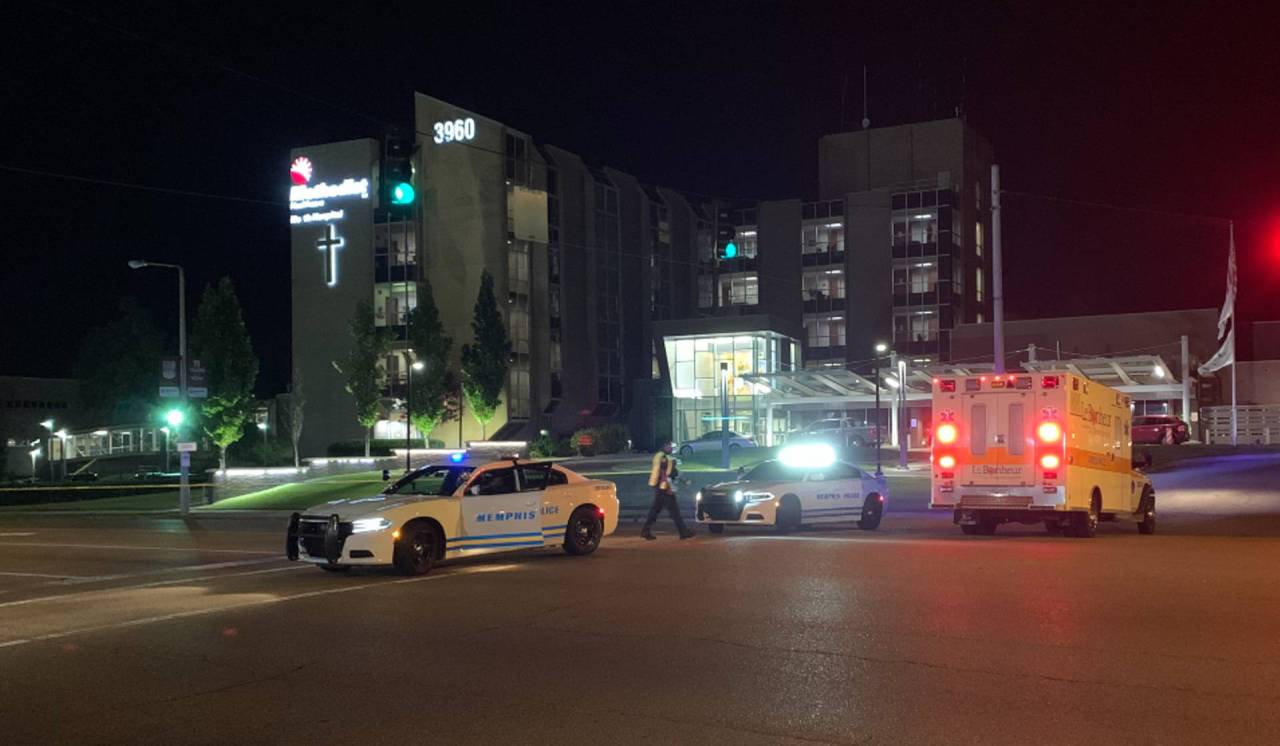 MEMPHIS, Tenn. – Six people have been hospitalized following a shooting that began in northeast Memphis and ended in Raleigh overnight.

Memphis police said the incident began at the BP gas station in Raleigh LaGrange and Sycamore view around midnight.

Police say Reginald Felix, 19, 17 and 16, were in a stolen Infiniti SUV when they were shot at the BP petrol station. Police say a fourth victim was also shot dead and taken to hospital by a private vehicle.

The three teenagers then drove to nearby Tanglewood Flats, where a 14-year-old and a 25-year-old got inside the car and attempted to take them to Northern Methodist Hospital.

As they approached Methodist North, shots were fired at the Infiniti by unknown suspects in a dark-colored vehicle in the New Covington Pike and Austin Peay area just before 1 a.m. The five victims then ran to the hospital and abandoned the car.

Four of the victims were then transported to Regional Hospital One and two minors were taken to Le Bonheur.

Photos from a WREG photographer show a bullet-riddled car with all four doors open in the middle of Covington Pike outside the hospital. Detectives were seen collecting over 40 evidence markers.

A semi-automatic rifle was found on the ground next to one of the pumps at the BP service station near the corner of Raleigh LaGrange and Sycamore view. Police later confirmed that this scene was linked to the shooting.

Officers located the stolen white Infiniti QX50 with part of the fuel pump hanging from the fuel tank. The SUV was stolen in Collierville.

The hospital was quarantined for several hours and began allowing people to leave shortly before 3am. Roads surrounding the hospital were blocked but have now reopened.

In a statement Tuesday afternoon, LeBonheur Methodist spokeswoman Sarah Farley said no shots were fired on or near the hospital campus.

The other three victims remain in hospital.

“This must stop. We just lost two of our community leaders in Whitehaven. These shootings seem to be regular and daily occurrences. But they can’t be. It’s a danger to every Memphian and a danger to Memphis as a city. I will continue to fight for gun safety legislation at the federal level and will join all local leaders in committing to support more funding and support to stop the killings. My thoughts are with the families and loved ones of the victims,” Cohen said.

WREG will update this story as we learn more about the situation.