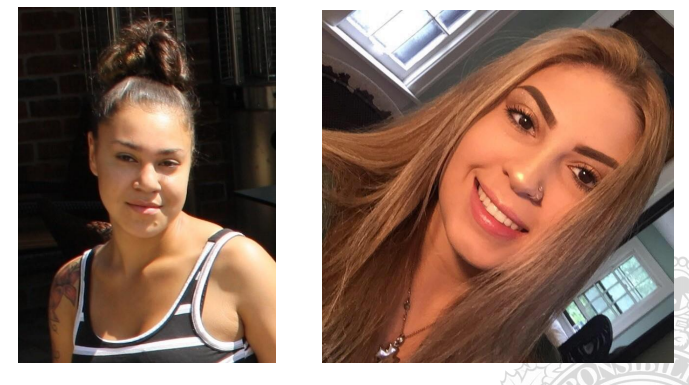 Niagara Police say two people of interest linked to a January homicide in Fort Erie have been identified.

Detectives released a photo of the couple in July taken at a Niagara Parkway rental home where Juliana Pannunzio, 20, and Christine Crooks, 18, were murdered.

“Investigators would like to thank the public for their continued interest in this investigation,” police said in an update Wednesday.

“The two unmasked people in the photo have now been identified and no other information regarding their identity is being released at this time in order to preserve the integrity of the investigation.

A reward of $ 100,000 for information leading to the arrest and conviction of those responsible is still in effect, according to detectives.

Pannunzio of Windsor and Christine Crooks of Toronto were shot dead on January 19 while attending a party.

Investigators say several people from outside the Niagara region attended the rally, but no one was left at the scene when officers arrived at the scene.

“We have identified the person who hired the Airbnb, and we can confirm that they hosted a birthday party for one of the attendees on the night of the murders,” said Master Sgt. Steve Magistrale said in a July update.

“Investigators identified most of the people present at the party that night. Some of them were consulted and provided valuable information. However, others simply refused to cooperate.

Police say they believe people know who killed the young women and hope the money will encourage them to come forward.

Retail seeking public assistance to identify those in this photo who are not wearing masks. #NRPS offering a reward of $ 100,000 for information leading to the arrest and conviction of the person (s) responsible for these unsolved murders.

Huge exchanges of many offices for experiences and coworking spaces

Looking for a cheap car rental in Calgary this summer? Good luck!

Fake Drake claims to be getting $10,000 to perform shows now

Abortion laws: Women on TikTok offer people with wombs a safe place to stay where…