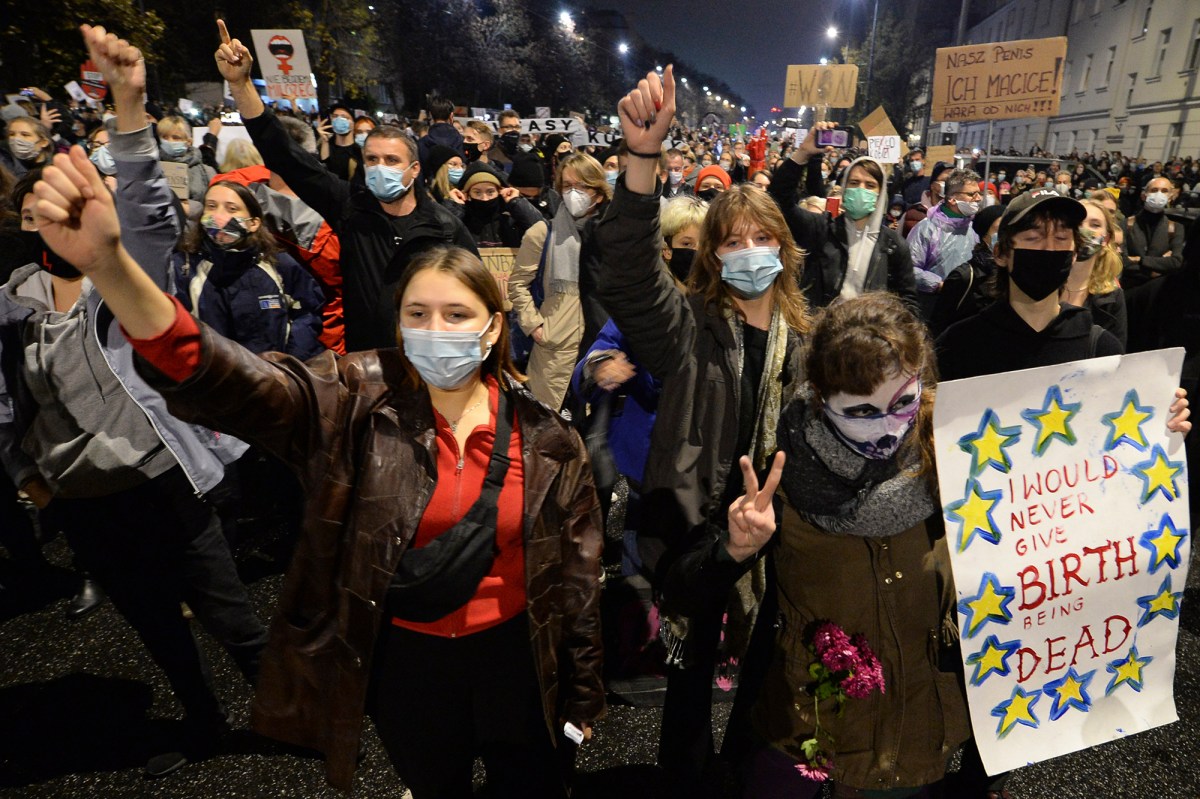 On the fourth consecutive day of protests, activists held up banners during masses in some churches, according to Polish media and social media posts.

A young woman in a church in Warsaw stood near the altar with a sign saying “Pray for the right to abortion”.

Sunday’s actions follow a ruling by the Polish Constitutional Court on Thursday which ruled that abortion of fetuses with birth defects is unconstitutional. Poland already had one of the most restrictive abortion laws in Europe, and the decision will result in a near-total ban on abortion.

Women’s Strike, the organizer of the protests, says forcing women to give birth to severely deformed fetuses will cause unnecessary physical and mental suffering.

In Otwock, a town near Warsaw, a banner with the slogan “Women’s Hell” was hung from a church fence.

Activists also created posters of a crucified pregnant woman intended to be hung outside churches, media reports, although it is not immediately clear how many were hanged.

Last week, the president swore in a new education minister who said LGBT people were not equal to “normal people,” called for corporal punishment and said the main goal of women in life was to have children.

Figures from the Ministry of Health show that 1,110 legal abortions were performed in Poland in 2019, mainly due to fetal malformations. The only other remaining legal cases for abortion are rape or incest or if the pregnancy threatens the life or health of the woman.

The women’s strike said it plans further action in the coming days, including blockades of towns on Monday, a national women’s strike on Wednesday and street protests on Friday.

Galleries: A mother and her daughter create an “Airbnb” place for the artists of the city