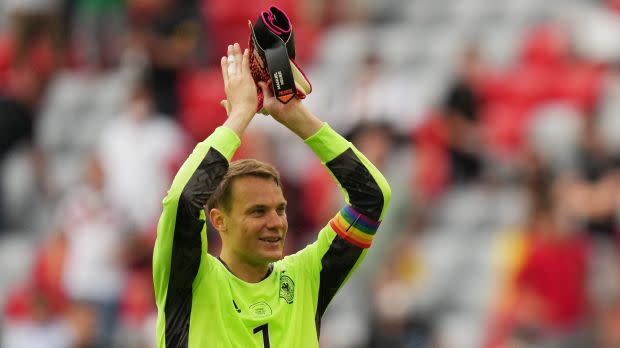 In the corridors of Brussels, Hungary’s far-right government is increasingly at odds with the European Union. But on the football field, Hungary hosts some of the most important matches of the European Championship. It is the latest example of a geopolitical collision with the global sports industry in a way that some activists say is becoming unsustainable.

In Budapest, one of the host cities for this year’s Euro, two hot spots have appeared on and off the pitch.

Last week, Hungary’s parliament passed a law proposed by Orban’s far-right Fidesz party that restricts broadcasters and educators from teaching children about homosexuality and gender reassignment. Yesterday (June 22), a group of European ministers called it “grotesque” and said it was a “test” of the bloc’s commitment to shared values.

These tensions have spread to sport. UEFA has rejected a request by the mayor of Munich to light up the stadium hosting today’s Germany-Hungary game in rainbow colors to protest Hungary’s anti-LGBTQ law – “the right one decision “, according to Hungarian senior diplomat Peter Szijjarto, who declared that” the mixture of politics and sport “is” harmful and dangerous “.

When the first European Football Championship was held in 1960, dictator Franco banned Spanish players from playing against the Soviets because Moscow supported the Republican forces during the Spanish Civil War. Thus, this tournament is no stranger to geopolitical tensions, and neither is the Olympic Games, which survived the boycotts of the United States and the Soviet Union during the Cold War.

Despite this history, sports organizations promote the idea that their world events should be politically neutral. However, this position becomes increasingly untenable as the gap widens between the values ​​these organizations espouse (and Western governments say they share) and the political realities in some host countries.

One of UEFA’s main commitments is “to attract and integrate marginalized communities through inclusion… and anti-discrimination campaigns”. Activists argue that this is incompatible with welcoming the euro to Hungary. Piara Powar, executive director of anti-discrimination nonprofit group Fare, told Reuters that “respect for universal rights” should be a prerequisite “for hosting matches at major tournaments.”

However, in 2013 FIFA boss Jerome Vackle said that “less democracy is sometimes better to host a World Cup” and it’s easier “when you have a very strong head of state who can decide “.

The stakes are high: organizations like FIFA and the International Olympic Committee get most of their money from TV offers, marketing rights and tickets to major tournaments. In recent years, fewer democracies have offered to host these events because they are prohibitive (pdf).

This debate is unlikely to be resolved anytime soon. In 2022, the Winter Olympics will be held in China and the World Cup in Qatar, two countries with poor human rights records. “As much as [these] organizations… would like us to believe that sport is apolitical, ”says Simon Darnell, associate professor of sport for development and peace at the University of Toronto,“ that is just not the case.

Sign up for the Quartz Daily Brief, our free daily newsletter with the world’s most important and interesting news.