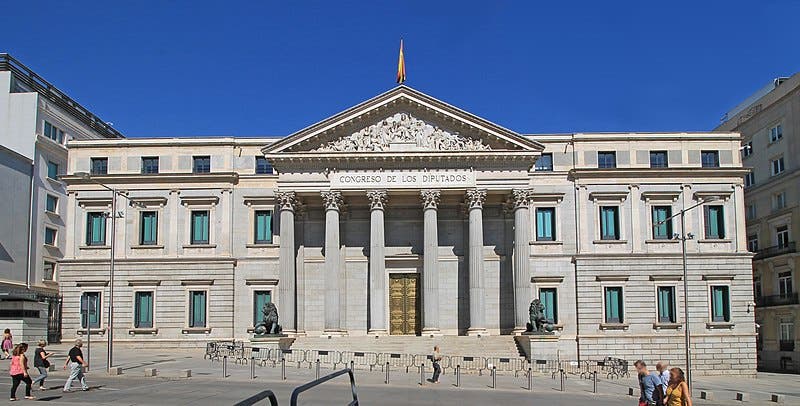 DIVISIONS between Spain’s left-wing parties could see the right take power in the next general election, which is due to take place at the end of 2023. This is according to a survey carried out by pollster 40dB for the Spanish newspaper El País and the Cadena SER radio network.

Currently, Spain has a coalition government led by the Socialist Party (PSOE) and supported by its junior partner Unidas Podemos. However, the administration of PSOE Prime Minister Pedro Sánchez does not have an active majority in the lower house of parliament, the Congress of Deputies. It must rely on legislators from smaller groups to pass laws.

The 40dB survey considered two different scenarios. First, that the left-wing parties Unidas Podemos and Mas Pais came forward with the new Sumar project, which is being launched by the current second deputy prime minister and labor minister, Yolanda Diaz. Under these circumstances, the platform would also absorb small groups like Compromise.

The poll found that such an option for voters would yield a result similar to the current one, with the PSOE winning 96 seats in the 350-seat Congress and Sumar 57 seats, for a total of 153. The coalition government currently has 155 seats. .

If, however, the left-wing parties were to stand separately, the PSOE would get 104 seats, Sumar 23 and Unidas Podemos would drop from its current 35 seats to just seven. This would give these three parties a total of just 134 seats.

If the left parties ran separately, the PP’s share would increase to 124 seats while Vox would take 46, for a total of 170 seats. For a majority, 176 seats are needed.

While the PP and Vox made deals at the regional and local levels to seize power, their relationship at the national level has been more difficult. It is far from clear whether current PP leader Alberto Núñez Feijóo and Vox leader Santiago Abascal could reach a coalition agreement to form a government after the 2023 elections.