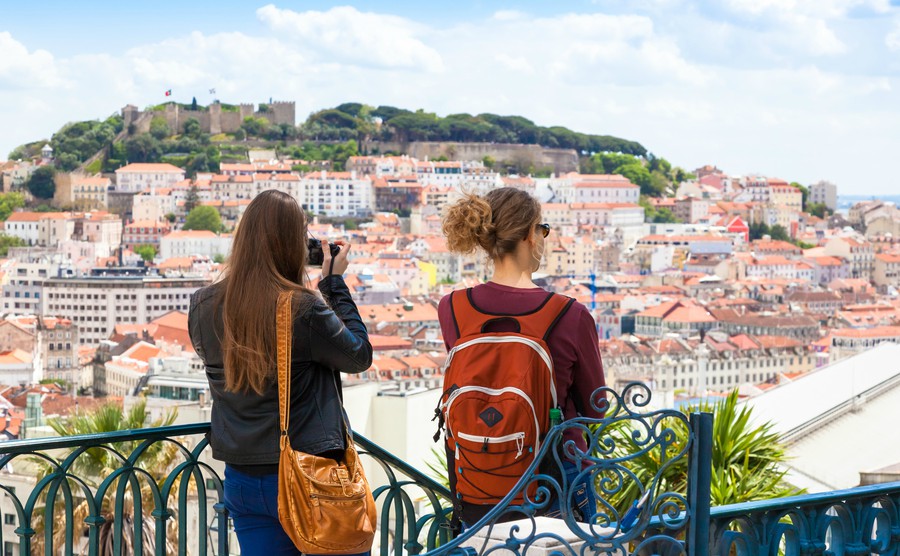 Portugal: What prospects for tourism in 2021? – By Len Port

There are so many uncertainties about Covid-19 that it’s impossible to predict how tourism will play out in Portugal or elsewhere this year, but there are some positive pieces of information that are causing some optimism.

All sections of the Portuguese tourism industry, which is of enormous economic importance to the country, have been deeply affected. Resorts, hotels, bed and breakfasts and vacation rental homes, as well as food services, entertainment and cultural facilities, have been shaken by the lack of vacationers in 2020.

“It’s not too early to think about travel in 2021,” according to a recent report by the Brussels-based European Travel Commission representing travel organizations in 33 countries. The report continues: “The coronavirus pandemic will not last forever. Once enough people have been vaccinated, the spread of Covid-19 may subside and you will be in a better position to make plans.

The Commission, led by Portuguese elected member Luís Araújo, expects to see “a cascade of travel bargains at the end of this year as airlines, hotels, rental companies like Airbnb, tour operators, cruise lines and destinations are trying to make up for a catastrophic 2020. “

Southern Europe is experiencing stronger domestic demand, which will offset some, but not all, of the impact on income, according to Bloomberg News. They cite Portuguese group Pestana Hotel CEO José Theotonio who said rooms in its January sales this year were bought by locals as lingering fear of travel bans and quarantines deters foreign visitors.

In 2019, Portugal welcomed nearly 13 million foreign visitors, mainly from the UK, Spain, France and Germany. The most popular mainland destinations were Lisbon, the Algarve and northern Portugal. About 1.6 million visited Madeira Island and 383,000 the other Atlantic Autonomous Region of the Azores archipelago.

The United Kingdom has meanwhile moved much faster than any country in the European Union in administering Covid vaccines and the number of infections and deaths is now falling significantly. This gives hope that its strict lockdown measures can be relaxed, allowing overseas travel, perhaps as early as Easter, but more likely in the summer.

Among those who have expressed their optimism in recent days is Prime Minister Boris Johnson. He said he believed easing of the UK hospitality sector could “cautiously and cautiously” follow the opening of schools on March 8 and then the reopening of non-essential retail businesses.

It is currently illegal for UK citizens to travel abroad on vacation or for other leisure purposes, but the government has announced it may lift its red alert travel ban in some countries, including Portugal, in the very short term.

The international airline of the Azores SATA has announced the resumption of direct flights from 3rd June between Stansted in London and Ponta Delgada on the island of São Miguel. These flights will take place three times a week – Thursdays, Fridays and Sundays – with plans for onward connections to Madeira, Boston, Montreal and Toronto. Discounts are available to those who book by March 14.

While the European Travel Commission expects a slow return to normalcy this year, it does not anticipate a full recovery until 2023.

In pre-Covid conditions, Portugal could expect around two million visitors from Spain this year, about as many as from the UK. However, January was the worst month in Spain for Covid infections and deaths since last summer. Emergency restrictions remain in place and the border between Spain and Portugal is still closed to almost all traffic by mutual agreement of the government. The closure of the eight border crossing points was extended from February 10 to the first day of March.

In France and Germany, where vaccination programs have taken off slowly, travel associations say customers would very much like to book vacations, but are reluctant to do so. For most of their future vacationers, things shouldn’t start to improve until the end of May. The number of potential French and German visitors keen on ecotourism is encouraging for the Algarve and other parts of the continent and islands rich in biodiversity.

While few overseas summer vacations have been sold so far in the UK, Spain, France, Germany or elsewhere in Europe, the tedious blockages are fueling the urge to get away from it all. This may mean vacations limited to domestic destinations. The fulfillment of the desire to travel abroad will depend not only on the lifting of restrictions in their country of origin, but also on the restrictions in their intended destinations.

Many who would like to leave this year cannot afford to do so due to job cuts or business closures. On the other hand, many will be able to get by with the money saved that they were unable to spend on closed non-essential stores and services.

The severe national restrictions in Portugal are impacting many businesses while also aiming to reduce high infection and death rates so that it is safer to reopen those same businesses for tourists as well as local citizens. How this strategy works remains to be seen.

Len Harbor is a journalist and author. Born in Northern Ireland, his first written pieces were published while he was working at the Natural History Museum in London. Since then he has worked as a journalist, mainly in Hong Kong, Northern Ireland, South Africa and Portugal. In addition to reporting hard news for some of the world’s leading news organizations, he has produced countless feature articles on all kinds of topics for a range of publications. Now living in southern Portugal, his books include travel guides and children’s stories. His ebooks – People in a place of their own and The phenomenon of Fatima – Divine grace, illusion or pious fraud? are available at amazon.com and amazon.co.uk. His blog posts can be found at algarvenewswatch.blogspot.com