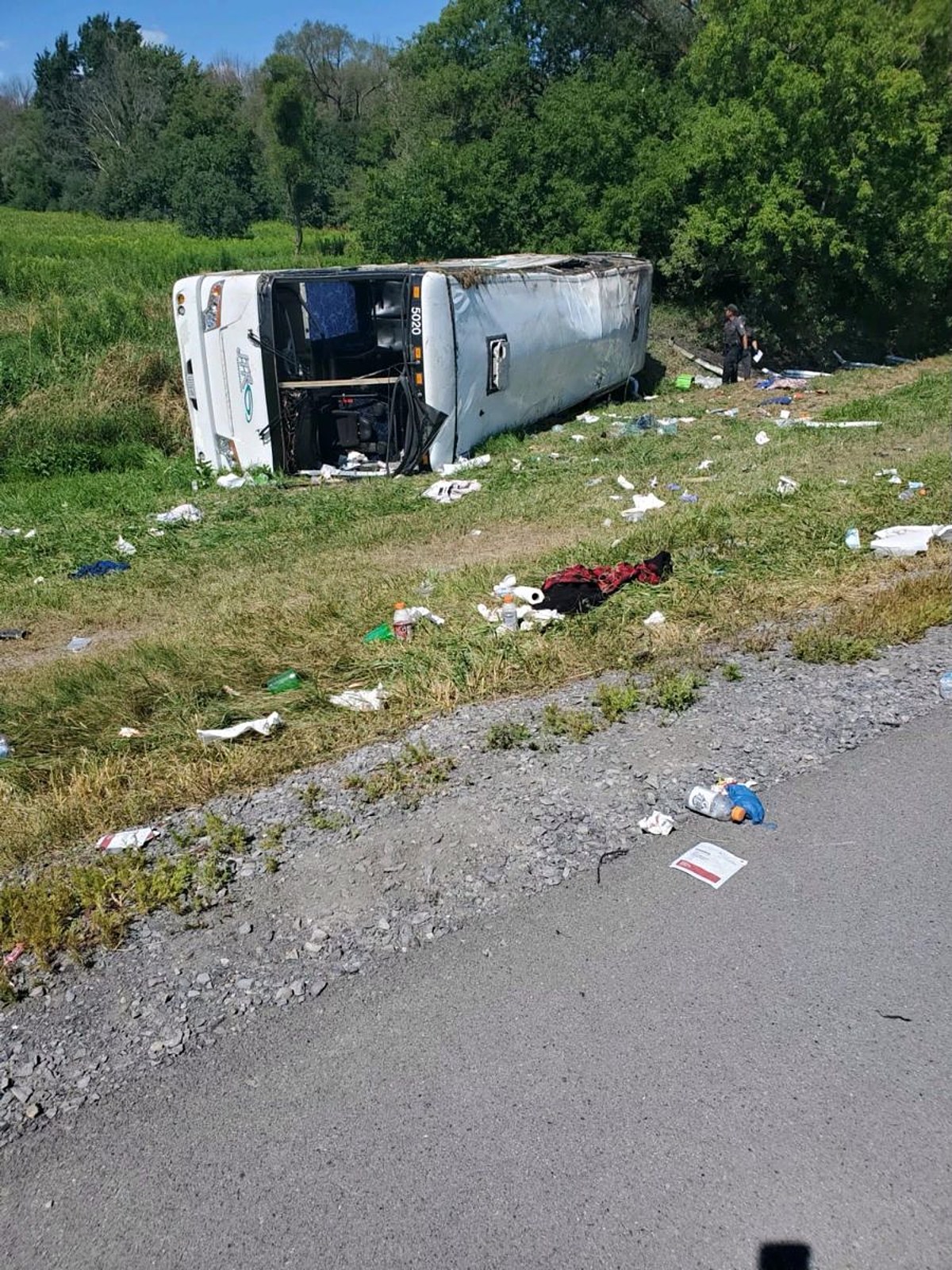 A Hudson Valley bus overturned on a New York state freeway, sending everyone to hospitals.

The bus left Dutchess County on Saturday and was headed for Niagara Falls. Below you will find all the information about the crash:

A Hudson Valley bus overturned on a New York state freeway, sending everyone to hospitals.

At around 12:41 p.m., New York State Police responded to a rollover accident involving a tour bus on I-90 in the town of Brutus, Cayuga County.

A preliminary investigation determined that the bus was heading west in the 305 kilometer area, just west of Exit 40 (Weedsport), when it exited the roadway for an unknown reason and rolled over onto the grassy shoulder.

The bus reportedly left the Poughkeepsie area earlier on Saturday for Niagara Falls.

There were 57 occupants in total on the bus, including the driver. All occupants were transported for injuries ranging from mild to severe.

The driver of a Poughkeepsie-based JTR Transportation bus has been identified as Fermin P. Vasquez, 66, of Wingdale. Vasquez is one of some 26 people who have been rushed to Upstate Hospital for treatment of various injuries. About 26 other passengers on the bus were taken to Auburn Community Hospital and several more were taken to Crouse Hospital.

The investigation is still ongoing and State Police are asking anyone who may have witnessed the crash to contact investigator Brad Holcomb, SP Waterloo, at 315-539-3530 for information.