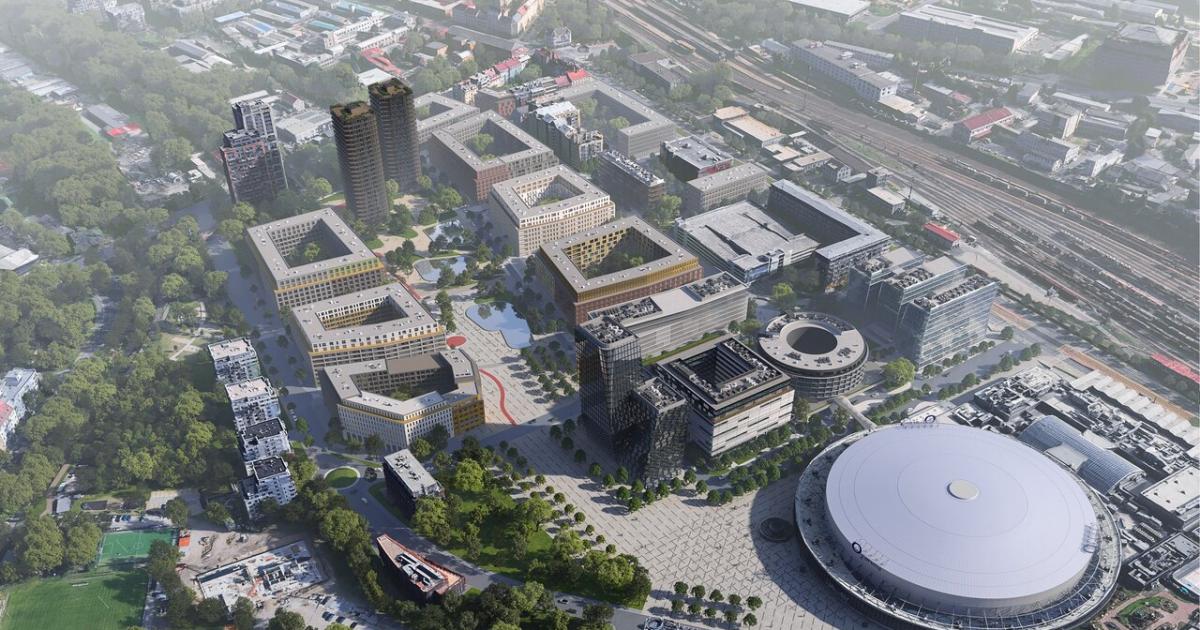 See the gallery for illustrations of the future district

Prague 9 in the Czech Republic will soon have a modern district that combines opportunities for living, working and having fun. On October 19, the mayor of Prague 9, Tomáš Portlík, revealed the news, sharing that the city will acquire land from Howden ČKD Compressors to create a brand new district in Vysočany.

The modern district will offer homes, offices, shops and public buildings such as schools. More specifically, it will include 3,500 apartments and numerous services over an area of ​​approximately 10 hectares.

In addition to this, the city will establish Emil Kolben Square in the heart of the district. The name of the square will allude to the industrial past of Prague 9 and will honor the end of the 19e and early 20e industrialist of the century, Emil Kolben.

Interestingly, Portlík is said to have taken inspiration from this strategy in Hamburg, where the local mayor bought land to create HafenCity. Commenting on this idea and the development of Prague 9, Portlík shared:

“We have the chance to create a quality public space in synergy with what has already been built by private investors and to give new impetus to this part of the city still ruined by old factories and impenetrable for the inhabitants. We have experience with Přátelství Park, where the public has given us a mandate to buy land and complete it for the people. Now we want to build a new center, in which, like in Hamburg, the best architects with new ideas could participate.

Building on Prague 9’s industrial past

As mentioned earlier, the city hopes to create a modern 21st century neighborhood. Naturally, this means that the industrial aspect of Prague 9 is going to change one way or another. Portlík discussed it, explaining that the city seeks to build on the industrial past using modern technologies such as nanotechnology, biotechnology, 3D printing, and more.

The mayor thus hopes to attract more young people and children. Explaining that Prague 9 is the perfect location for such a district, Portlík said:

“Where else but in traditionally industrial Prague 9 should a similar district focused on popularizing modern science and technology be established? “

Inspiration from another EU city

Architect Jiří Řezák commented on the upcoming development, noting that he drew inspiration not only from Hamburg but also from Milan. Developing this, Řezák revealed that Emil Kolben Square will resemble neighborhoods in Milan, where classic apartment buildings stand alongside high-rise monuments.

City Life in Milan: One of the districts that inspired the new district of Prague 9
(Source: Prague 9)

In the future, Prague 9 will undergo further changes as the entire area surrounding the O2 Arena will be transformed. Beyond that, the Českomoravská metro station and the bus station will also be rebuilt.

To see the design plans for the new modern district, see the gallery above.