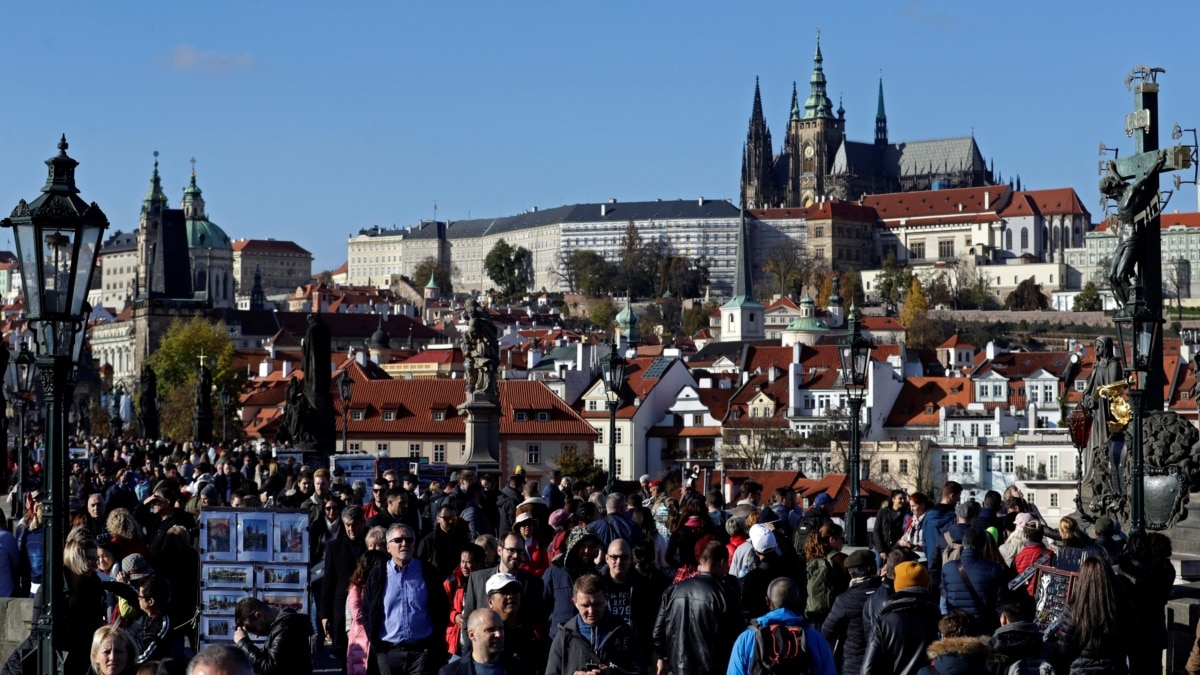 Almost 8 million people visited the Czech capital of Prague last year, making it one of the most visited cities in Europe.

Many visitors walk around the Old Town and take photos in the Old Town Square. Prague got rich thanks to the money spent by tourists.

But now, 30 years after the Velvet Revolution ended the Communist regime, not everyone is happy with all the changes.

Filmmaker Pavel Kacirek owns an apartment in the heart of Prague. Kacirek says he loves the city, but thinks it’s not a good place to live anymore.

“People have moved, so the services, the stores… the restaurants have left with them,” he said.

“The the monuments are there … But it’s really a Disneyland decoration,” he added.

One of the biggest problems for the 1.3 million inhabitants of Prague is housing. The prices are high.

Some apartment buildings are no longer used as housing for the inhabitants of the city. Many apartments are now used as offices or accommodation for passing visitors.

“The number of tourists is certainly more than Prague can handle,” said city mayor Zdenek Hrib. He added that Prague is trying to attract spendthrift visitors, including those who come for business meetings.

“We are trying to solve the Disneyland which is evolving here, ”he told Reuters news agency.

When communism ended in 1989, Prague was an unspoiled historic city of great beauty, but it had air pollution problems and few services. Many old buildings were in need of repair.

Billions of dollars in investment and tourism spending have made Prague the richest region in Central and Eastern Europe. He has a gross domestic product per person by 187 percent of the European Union average, according to the European Statistical System in 2018.

But Prague has changed over the past 30 years. The main tourist areas are now filled with memory shops, exchange offices and drinking establishments.

“It’s about how Prague is positioned. If we remain a cheap bar, there will be slops», Said architect Kristof Hanzlik. He lives with his family 17e century-old house, near the walls of the gardens of Prague Castle.

The city has made efforts to resolve the issue. It now has a “night mayor” who has the power to take action against people who make noise late at night.

Authorities also shut down several exchange offices that charged high rates. They plan to stop renting office space at souvenir shops and restore services to city residents. It prohibits the sale of cheap beer to young tourists from bicycles.

But for now, many Czechs are simply avoiding central Prague and remembering its once uncrowded beauty.

I am Susan Shand.

Write to us in the comments section or on our Facebook page.

Words in this story

to evolve – v. slowly change or evolve often to a better or more complex state

The data – not. facts or information usually used to estimate or plan something

memory – not. something that is kept to help remember a place you have visited

cheap – adj. something that doesn’t cost a lot of money

slops – not. foods that are fed to pigs and other animals

monument – not. a building or other structure erected in honor of a famous person or event

decoration – nm the activity of making something more attractive

The mayor of Paris troubled by the new Olympic sponsor Airbnb