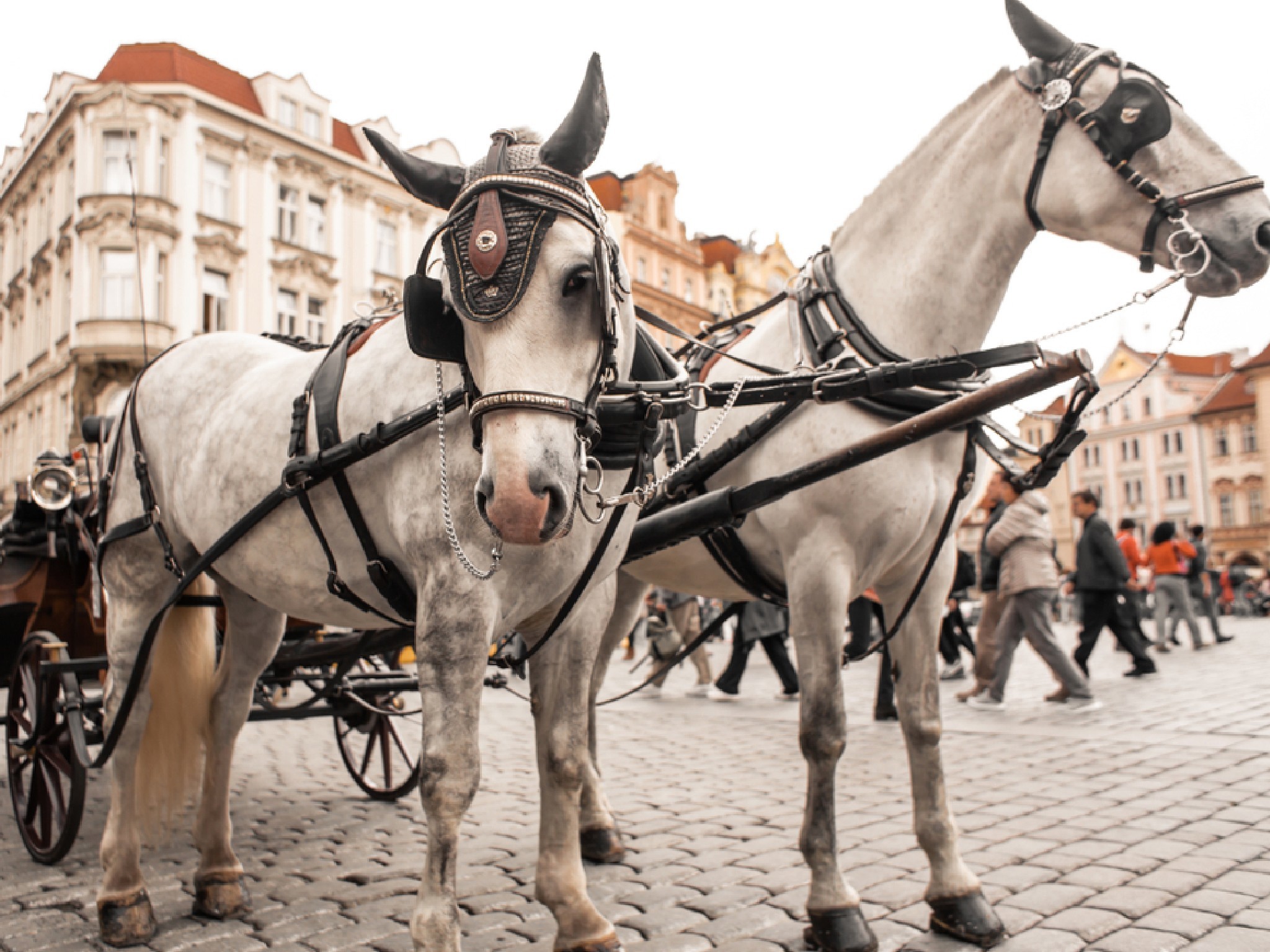 Like most cities, Prague is feeling a little different right now. The Czech Republic was one of the first in Europe to lift its lockdown, but the complete absence of tourists means its capital’s central streets are quieter than ever in the past two decades. And, according to local authorities, that’s not necessarily a bad thing.

While it is gradually starting to welcome travelers again, the capital is taking advantage of this quieter period to focus on “quality tourism” above all. And as part of this shift, local authorities want to ban the use of horse-drawn carriages in the city center from next year.

The horse-drawn carriages that pass through the city’s old town often find it difficult to navigate the streets crowded with tourists. Reviews say the practice is cruel as horses can develop respiratory illnesses from the exhaust fumes and can suffer from debilitating leg problems from trotting on hard surfaces all day. mayor of prague Zdenik Hřib said the city would likely introduce a phased ban prohibiting drivers from purchasing new animals to replace old ones.

It comes after Prague City Tourism’s Barbora Hrubá said last month The Guardian that “the inhabitants have been complaining for a very long time that the city no longer belongs to them”. Prague is the fourth most visited city in Europe after Paris, London and Rome, with annual visitors six times more numerous than residents. But a significant part of this tourism consists of loud bachelor parties and other large groups walking around the Old Town on mass pub crawls.

Now that all of those visitors are gone, the city wants to seize the opportunity to reinvent itself as a destination for more than strip clubs and super cheap beer. With other cities like Budapest and Krakow, Prague wants to shift its image towards culture and gastronomy and attract more visitors who don’t just want to fall asleep in the city center for two days. Or, in Hrubá’s words, “We want a different type of visitor. “

While the current global shutdown is seen as a chance to turn the issue around, it is only the culmination of a long campaign by city officials. Mayor Hřib spoke out against Airbnb rentals, and in 2019 Prague appointed a “nightlife mayor,” Jan Štern, to improve relations between residents and nightlife businesses. Earlier this month, Štern said The daily telegraph that Prague wants to “attract visitors who will stay in the city longer, visit areas outside the historic center and enjoy the rich culture of Prague”.

Barbora Hrubá also told the Telegraph, ‘We are not currently looking for visitors who love Prague for its parties and cheap liquor.’

Which is great news for anyone who enjoys the idea of ​​enjoying the many benefits of Prague: its beautiful baroque architecture, fascinating history, stellar museums and atmosphere cultural scene, as well as the the largest castle complex in the world. ohh, and very good restaurants and bars (the best of which will be selected to appear in the new Time Out Market Prague, opening scheduled for 2022).

There is only one big catch. Although many European countries have announced their intention to reopen their borders to tourism, the Czech Republic currently only admits travelers from a handful of countries (namely Germany, Hungary, Austria, and Austria). Neighboring Slovakia). So it may be some time before we see whether officials can successfully give one of Europe’s most fascinating capitals a drastic facelift.

When can we travel again? Here’s what we know so far.

Can hotels and AirBnBs spy on customers?