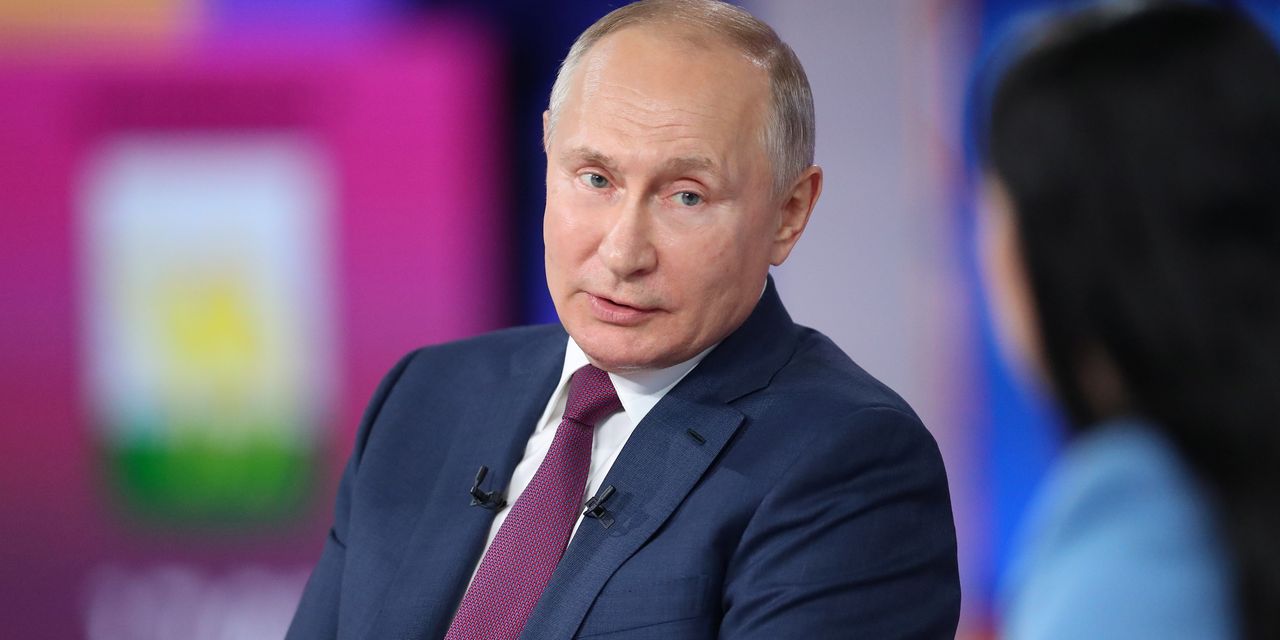 MOSCOW – Russian President Vladimir Putin on Wednesday challenged US leadership in world affairs, arguing that an era of US hegemony was over as he touted Moscow’s growing military strength and increasingly assertive foreign policy.

Mr Putin spoke at an annual event where he answers questions from ordinary Russians. The remarks come two weeks after a summit with President Biden in Geneva where the two leaders sought to ease tensions but made little tangible progress. At the same time, Mr Biden described the Kremlin chief as presiding over a country increasingly isolated by sanctions and in economic difficulty.

During Wednesday’s event, Mr. Putin fired back, describing the United States as a waning power.

“The world is changing dramatically,” he said. “On the one hand, our partners in the United States understood this, so there was a meeting in Geneva. On the other hand, they try at all costs to maintain their monopoly position.

At their meeting earlier this month, MM. Biden and Putin acknowledged that relations between the United States and Russia had reached a low after the Cold War, but both expressed hope that the summit would allow for greater cooperation over time.