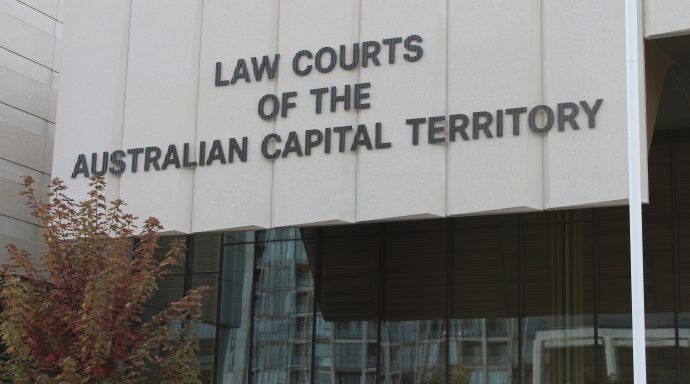 A Queensland worker has been accused of violating ACT’s COVID-19 lockdown after he was found hiding in the closet of a central Canberra Airbnb.

In court documents, police alleged that people in the Siena Apartments in Campbell saw a red Mazda 6 trying to enter the complex by trailing behind a resident’s vehicle at around 8:30 p.m. on Saturday, September 4.

The resident approached the Mazda and asked the driver what he was doing. The driver reportedly became aggressive and told him that he was staying in an Airbnb unit in the building. The resident moved away, fearing violence.

Police arrived shortly after and knocked on the door of the Airbnb unit where the driver said he was staying. Initially, they found three men inside, but during their search they found a woman and Taisi Saipani, 29, hiding in different closets.

READ ALSO: West Australian Traveled Across The Country To Allegedly ‘Flog The Treasurer’

They also found a satchel in the unit which they said contained Saipani’s wallet and several small bags of methamphetamine, or “ice”, weighing around 16 grams in total.

Saipani was arrested. The others were told to return home and that they would be contacted later for allegedly violating COVID restrictions.

On Monday, September 6, Saipani appeared before ACT magistrates and was charged with possession of methamphetamine for sale or supply, failing to comply with a directive of the public health law without a reasonable excuse, and failing to appear in court after being released on bail. business.

An arrest warrant had been issued against his arrest in May 2021 despite not appearing in court after being released on bail on unrelated charges.

He has requested bail on his new charges and Magistrate Robert Cook has requested more information on the alleged violation of public health law.

Saipani’s attorney, Jacob Robertson of JDR Law, said his client lived at Airbnb to give his brother some space, which is why he was there rather than at his brother’s house.

He said he was there “legally” with his partner, the woman found hiding in the closet.

He said there had been an argument between his client and other residents of the apartment over whether he should be there or not, but “he was not outside”.

Mr Robertson also said that although his client was not sure why his wallet was found in the satchel, the satchel was in a common area and contained items belonging to other people.

He said if Saipani was released he would be able to live with his brother in Scullin, who would also post a $ 2,000 guarantee.

But prosecutor Ms. Lee argued that being in an apartment with other people was an offense, “with good reason” due to the current coronavirus situation. She said Saipani tried to hide from the police in a cabinet.

Magistrate Cook said he was not convinced the bail conditions would guarantee Saipani would show up to court and refused bail.

The case was adjourned until September 20. No plea was entered.