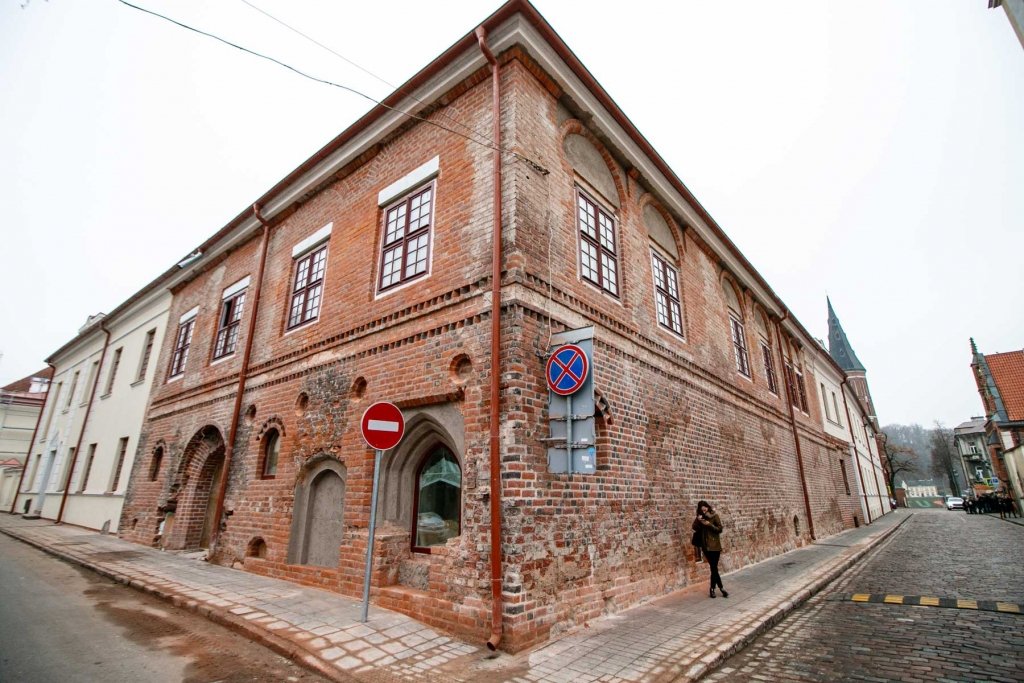 Reconstruction of historical buildings: Kaunas will return to the 15th century. decorative elements

In the history of the reconstructed building – from the monastery to the psychiatric hospital. According to the historical sources found, the building was built in the 15th century, it was also used to welcome the most noble guests of the city, here in the century the premises will be flooded with artists from all over Lithuania.

According to Jonas Audėjaitis, Dean of the Kaunas Faculty of Vilnius Academy of Arts (VDA), tells the portal “What is going on in Kaunas”, although the date of the final works is set for 2021. July. it is still expected that the premises will be available earlier, as early as 2020. in the fall. J. Audėjaitis says that the artists here will create added value for the whole city.

The decoration is reminiscent of the 15th century. Kaunas

The Dean of the Academy J. Audėjaitis wants about this research of the house. The seller of the Jagiellonians built this for the nobles of that time and since then all the transformations of this place. ” According to the existing sources, the house in this place is connected with the former Franciscan monastery in the 15th century, and Kaunas St. The Church of the Assumption of the Virgin Mary remembers that the buildings were from the same era. “There were dwellings here, there were customs, and so was the police. However, in the 19th century. in the middle when the center of the governorate became Kaunas, it was decided that a hospital should be installed here, so now that is exactly what the hospital layout is all about, ”said J. Audėjaitis about the building.

During the reconstruction work, some details open only when the work starts, the dean states that – “the builders start to manage that corner, and different time structures are found there, so the work continues, as is the case with one window on the corner of the building. When we started managing, we saw that there are even three periods visible, so when the work is finished, it will be like a window into the past. All periods will be visible. ” When renovating historical details, many changes cannot be made, according to the requirements of cultural heritage, historical details must remain authentic.

According to research data on architecture and urban planning, in 1994. During the architectural research, a bricked ceramic renaissance detail of the window edging with a man’s profile was found on the second floor, which art critic M. Matušakaitė associates with the Habsburg dynasty, who is closely twinned with the Jagiellonians. Such Renaissance details were used only to decorate exceptional buildings.

From Muitinės st. The scaffolding already removed from the 2 marked building will soon be here and again to be adorned with exclusive elements. According to the dean of the academy, this building is historically very interesting, and when looking in written sources for the minimum that it is a house where very important guests of the city were received, “there is a minimum of those historical events, it is still said that there were those receptions, but the message , there was no specific street number or exact naming at that time coordinated by the real was, but everyone agrees that this house is just this, because of its exceptional decoration, which is not yet visible ”.

“The Čiurlionis Museum has preserved window openings, according to which copies have been made and are now produced in Poland. They are expected to reach the building in July 2020. There are about 17 square meters. m. decoration, it is very much. All of them will lie on the facades and this decoration will finally complete the arrangement of this corner and open up in full beauty, ”said J. Audėjaitis about the exceptional decorative elements that should restore the appearance of the historically important building to the 15th century.

The amount of spending was not intimidating to the academy

According to the dean, the data of the final works according to the contract is set for 2021. in July, but at the current pace of work, the academy expects major work to be completed as early as next fall. Later, the installation works will remain, after which the building will be completely renovated and it will be available not only to the academic community, but also to the general public.

According to the published data, the total cost of the project is more than 6 million. euros. However, much of this money has already been spent on work done in previous phases of the project. The Academy covers part of the reconstruction costs of this cultural heritage building.

As J. Audėjaitis got to know, a large part of it is dedicated to the State investment programs, as well as Kaunas City Municipality also contributed to the supply of facade management, and part of the money is a loan taken by the VAA itself. To date, the funding allocated by the European Union covers more than half of the total cost, ie almost EUR 3 million. 254 thousand euros.

VAA has premises not only in Muitinės Street, some of the lectures take place in V. Sladkevičiaus Street, but this ceramics and textile laboratory is being prepared for sale. In this way, the academy expects to cover the loan and reconstruction costs. J. Audėjaitis says that this is why the community does not feel a heavy financial burden.

And it looks like the whole academy will even have a car in one building complex. The Dean made no secret of the concern that students are currently struggling in the current conditions, but it is necessary to make every effort to obtain full opportunities for further full-fledged study and development. “Students are currently struggling in such conditions, but we are trying to make them work and create while we can still use the unsold premises,” J. Audėjaitis said.

A public gallery will also appear at the academy

At the end of all works, it is planned that Muitinės st. and Aleksoto st. The VDA gallery will be located in the corner, where various works of art will be exhibited. “This quarter is inhabited by artists, so I think that it will really add value to everyone,” J. Audėjaitis was happy to talk about future plans. 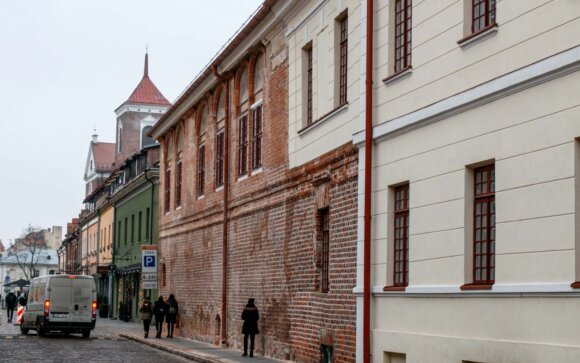 Telling about the history of the building, the dean assures that the academy will want to show all the historical periods, and when the palace of the dukes was found here and when it was the main hospital in the city. The dean confirmed that the building would be open to the general public, and other related universities were already being consulted on the exhibition of the history – “we also talked to the medical university so that it would be exhibited all the time.

The gallery is not the only place where it is planned to exhibit various works of art. The two buildings belonging to the academy are repeatedly V. Kuzmos street, which according to the academician would be a great place to show art to the city – “we think it is possible to use not its territory, but the Kuzmos street between the buildings will definitely be used. It will be a space through which we go out into the city where artists can go out and speak to their citizens in their own language. The language of art ”.

This street has been used before for artists to express themselves. As the dean himself seems, even before the acquisition of this building, it was alleged that a hook was dropped from Muitinės st. Number 4 to Muitinės st. The building marked with number 2, thus wants to show that the building is needed and must be handed over to the VDA for use.

As the building complex is included in the list of Cultural Heritage Objects, the studio cannot really contribute to the reconstruction works. However, the dean is happy that the art is expressed even on the construction site. “We have a wonderful spruce that is really more beautiful than the city spruce. Definitely more beautiful. No one notices for some reason. But we showed it to everyone, ”the dean proudly, known to show where that wonderful Christmas tree is hiding.

Walking around the managed building complex, behind the gate, in the inner yard from Muitinės Street, you can see an up spruce tree standing between excavators and other handling equipment. When you lift your head up, the light on the top will catch your attention. It turns out a lot of people rarely raise their eyes, and this spruce is also visible when walking or riding the Aleksotas Bridge.