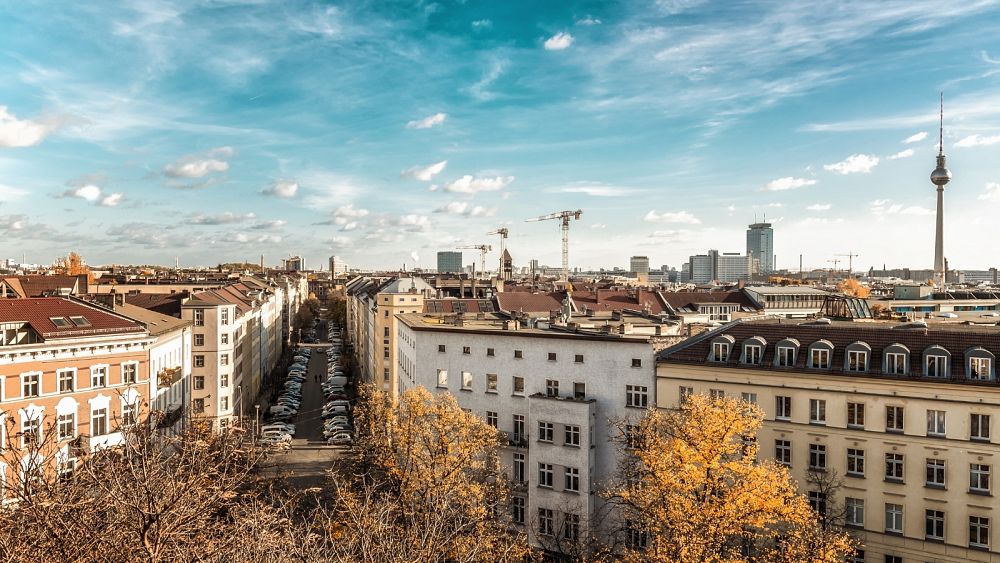 Referendum in Berlin: Could a community land trust be the model for empowering citizens?

Once considered one of the most affordable cities in Europe, the explosion in rents puts pressure on the citizens of a capital where per capita income is still below the national average.

On Sunday, Berliners will vote in national elections, which include a referendum to expropriate the city’s largest real estate companies and return the city government to the role of owner.

With the frustration of increasing the value of top-listed properties, the Stadtboden Stiftung came just in time.

Following a concept developed in the US and UK, land rights are held by a trust while building and property rights are leased from individuals for a lifetime of up to 99 years.

Supporters hope this will prevent speculators from buying, holding and reselling properties as land values ​​rise.

One of the early popular promoters of the land trust concept was Bernie Sanders. When he was mayor of Burlington, Vermont in the 1980s, he helped fund the city’s land trust, which acquired properties by helping low-income residents buy their homes.

The trust set limits on how much profit homeowners could earn from the sale of their home by maintaining ownership of the land itself. This makes the house more affordable to buy now, and whenever it changes hands in the future.

In Berlin, where more than 80% of residents are tenants, the Stadtboden Stiftung has changed the idea of ​​the community land trust to allow cooperatives, alternative real estate developers and grassroots community organizations to take leases on land held in trust.

The organization, which has been in development since 2018, has spent three years negotiating government funding, as well as soliciting private donations and land concessions.

By permanently removing land from the real estate market, it will be available to local low-income organizations that wish to provide housing and social services but cannot afford market rates for them.

It is hoped that a land trust will increase the number of affordable housing units in a city facing a severe housing shortage, spurred by the rapid growth of 20,000 to 60,000 people per year.

A wave of public property sales in the early 2000s depleted the supply of social housing, and restrictive rental policies made the city an unwelcome place for private landlords.

In short: there is less and less housing stock on the market for a rapidly growing population.

The Berlin state government has sought to address this problem through regulations, such as its 2015 “Rental Price Brake” law, which kept new leases at a threshold of no more than 10 % more than the current neighborhood average.

While some homeowners have simply ignored this limit, others have become obsessed with the special circumstances that have allowed them to exceed it, such as performing basic renovations to the property.

None of this was enough to stop the steep slope in rental prices – which increased by 46 percent over the past five years – so the municipal government put a rent cap in place at the start of 2020.

This law put an end to rent increases for five years, freezing them at 2019 rates. Tenants rejoiced until March 2021, when a German court struck down the law, ruling it unconstitutional and putting tenants in debt in the overnight, many in arrears of payments to their owners.

The next chapter in this saga of tenants against landlords, in the German elections on September 26, a referendum on the ballot will seek to expropriate the rental properties of large landlords – 12 companies that each own more than 3,000 rental units.

Common property instead of vacancy

Proponents say these private companies have driven big rent increases and want the housing stock to go to the Berlin government to administer, citing Article 14 of the German constitution, which says “property comes with obligations. use must also serve the public good “.

If the referendum passes, taxpayers would have to spend between € 7 billion and € 36 billion to buy properties from their current owners to make this social housing dream a reality.

The Stadtboden Stiftung, meanwhile, is targeting another culprit of housing instability: empty buildings.

Real estate company Guthmann reports that the market value of existing rental property has increased by 197% over the past 10 years, meanwhile, the housing shortage has almost tripled since 2013.

This is in part due to speculators, who leave their buildings vacant until they can make a profit by reselling.

In its first public initiative, the Stadtboden Stiftung targeted 12 vacant buildings – one in each of Berlin’s neighborhoods – to start a conversation about using property for the public good. They hope to buy at least one of these properties by the end of the year, removing this land permanently from the speculative market.

But can this land trust model succeed? In 2015, a series of advocacy groups occupied the Haus der Statistik, the bureaucratic seat of East German statistics, which was left vacant after the reunification of Germany.

The resulting collective venture secured rental rights from the city to transform the complex into a multipurpose space with long-term social housing, short-term refugee housing and commercial space for small businesses in the city. central district of Mitte.

Community initiatives like this have been at the heart of the city’s efforts to maintain affordable housing, with co-ops, communal buildings and even (still) occasional squats accounting for 28% of rental properties in Berlin.

Harnessing energy from this sector and crippling a system that pushes local players out of the market, the Stadtboden Stiftung hopes its land trust will create “inclusive urban development” in the city.

When it comes to the future of housing, one thing seems certain: the Stadtboden Stiftung will not be short of potential tenants.

Buying a seasonal rental: seven steps to a wise investment