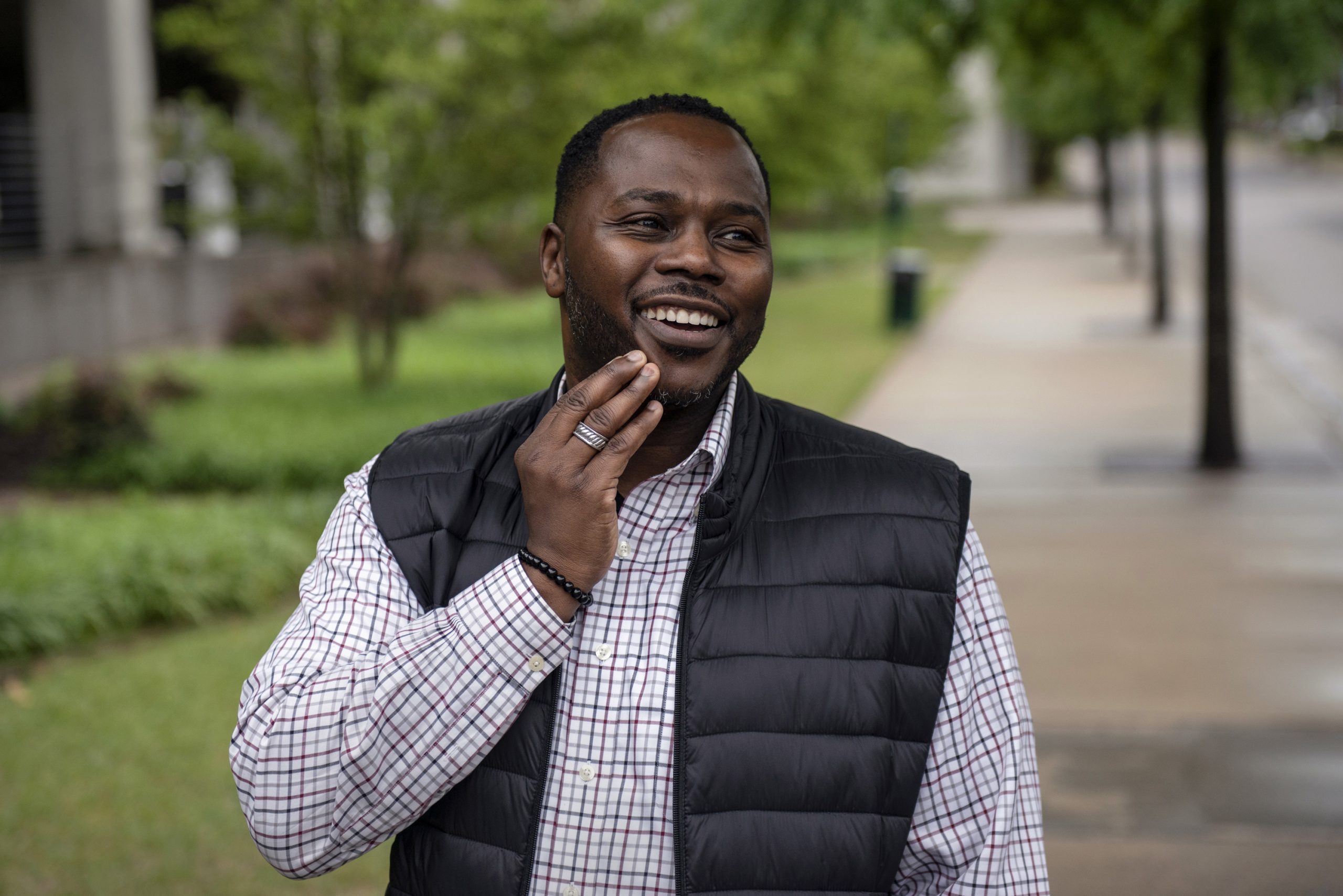 Released from prison, but still answerable for a crime I didn’t commit

William E. Arnold Jr., 48, is a Memphis man who was serving a 25-year prison sentence when his conviction for aggravated sexual violence and child rape was released. He was released from the Bledsoe County Correctional Complex last year on April 16. Arnold filed a formal waiver request with the Tennessee Parole Board; a necessary step to obtain compensation from the state in the event of wrongful imprisonment.

The Biden administration also said April was Second Chance Month for formerly incarcerated people who are committed to “making a meaningful contribution” to society. MLK50: Justice Through Journalism asked Arnold to reflect on his experience coming back from prison.

I was planning a vacation when I heard that my second chance at a new life had been cut short.

A few months earlier, I had been released from prison after nearly seven years of incarceration. My case was quashed, the sentence quashed and the charges dismissed. I am innocent. Yet when I attempted to create an account with Airbnb, the short-term hosting service, I received an email stating that I had failed a background check due to my criminal record.

If a weekend could be stuck, a second chance at life is questionable at best.

Reinstatement is the official term for the time when individuals are released from federal and state prisons. It was more than 600,000 people in 2019, according to federal data. You may know us as returning citizens, a friendlier expression for people returning to society after serving their sentence.

Some might think that being released is a gateway to a better life. It couldn’t be further from the truth. I’ve been out of prison for a little over a year and still struggle to find a job and make a new life for myself.

But the stigma of having been incarcerated persists. Few companies go to rent returning citizens; those who do are often for dead-end jobs with little or no chance of job advancement or salary.

It’s Second Chance Month and like so many returning citizens, I’m still waiting for mine.

Reintegration into society is difficult. The world is different and so are you.

Before prison, I was a productive member of society. I grew up in Whitehaven and took public transportation through town to one of the best public schools in Memphis, Lycée de la Station Blanche. I attended the University of Tennessee, then Tennessee State University for my graduate studies. I moved to Nashville and started working in diversity and inclusion in higher education.

I checked all the boxes: I had several degrees, a career that I loved and an active social and civic life through alumni associations, health clubs and serving on the boards of directors of organizations local. I traveled, volunteered, and had a strong, law-abiding middle class life where I felt valued, needed and worthy.

After prison, I lost so many.

The conversations I have with people are different now. I am still questioned about being in prison. How did you survive? What are you going to do now? Do you have any grudges?

The prison is a place where you can be strip searched at any time of the day and have your cell torn to pieces by guards morning or evening. There is no privacy. You are so used to being watched that you start to scrutinize and doubt yourself. You wonder if you will ever be as sharp as you were.

The experience robs you of your name, your energy, and makes you suspicious. It removes the hello, congratulations and farewells that are reserved for births, weddings and funerals. You become a person without feelings, disconnected from the warmth, empathy, and safety of society.

Once inside, I wanted to go back to the free world and be a part of it. But in the process of taking prison, it took a part of me.

Many incarcerated people will pay their debt to society, be released, and have no job prospects and no loved ones. Some will not even have an identity card or a social security card.

And these are just a few of the obvious obstacles to going back to school. Mental and emotional trauma, drug addiction and homeless are the grim realities of many returning citizens. And because mass incarceration has a disproportionate impact Black and Hispanic, many returning citizens disadvantaged by this lack of opportunities look like me.

The digital divide further separates returning citizens from their second chance. No more job boards and newspaper “research” ads. In their place are online forms, applications and job boards. It’s another reminder to returning citizens that the world has somehow passed us by.

And during job interviews, I still have to explain a gap of six years and nine months on my CV.

Before being incarcerated, I developed strategies that enabled more Tennessians to access higher education and the possibility of better jobs, better opportunities and ultimately a better life. I embraced the idea and the importance of including different people in the creation of policies and practices. My job required me to see the world differently and to teach others to do the same.

I met all kinds of people in prison who had different thinking about how they ended up inside. No matter the story, every person I met was always someone’s son, brother, father or nephew and every man had a desire to come home and just be human.

Returning citizens can be revolutionaries in the American workforce. I have met men who could not read a book but could make one. I met men who were self-taught artists, sculptors and leatherworkers. These people could do more with less, and all they needed was vision and simple resources. They are truly unique people who can galvanize the world of work.

I believe in returning citizens, and as I look to the future, I plan to advocate and support this community. Now the question is, do you want to?

This story is brought to you by MLK50: Justice through journalism, a nonprofit newsroom focused on poverty, power, and politics in Memphis. Support independent journalism by making a tax deductible donation today. MLK50 is also supported by these generous donors.

Do you have a story idea, advice or feedback? Send an email to [email protected]