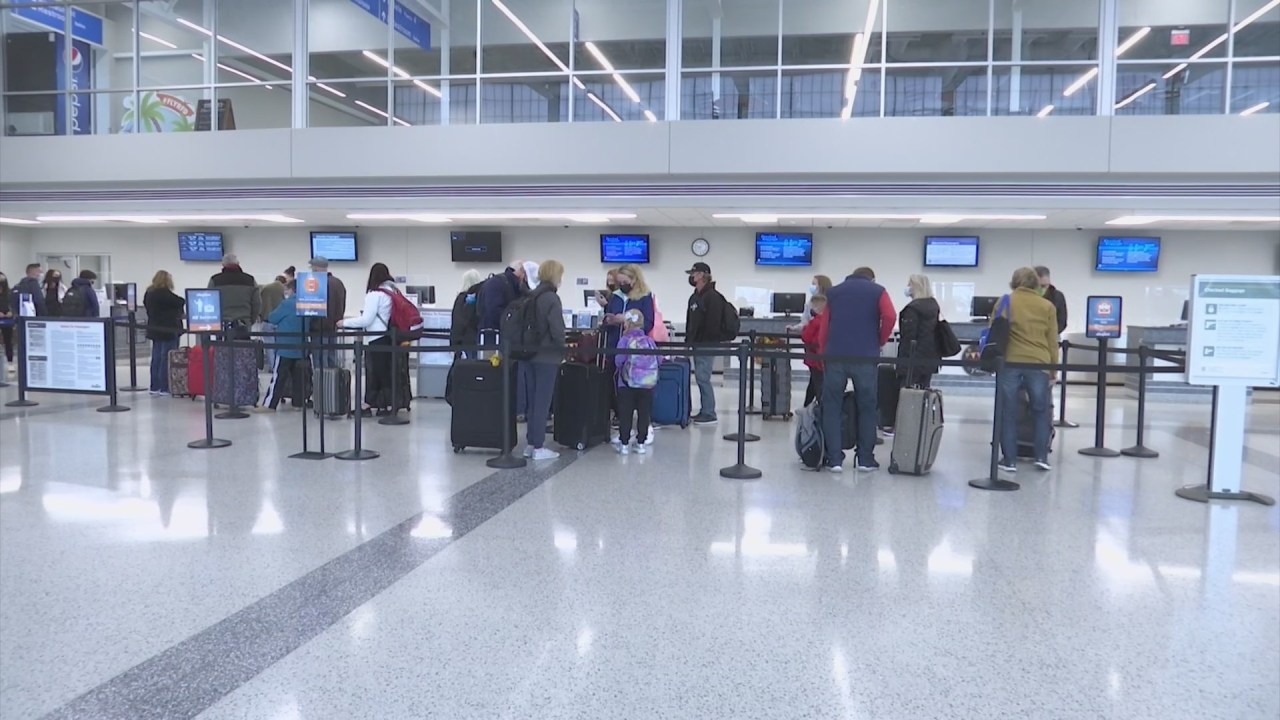 Residents fly out of Rockford Airport for warmer weather this Thanksgiving

Several travelers who spoke to Eyewitness News on Wednesday said they were trying to escape to a warmer place.

Stephanie Ulva, her husband and two children, Harper and Edwin, were all packed and ready to depart this morning at Chicago Rockford International Airport.

“They have five pools,” she said of her Arizona destination. “We’re going to go to the zoo and we’re going to see friends and family and spend time with them.”

Passengers at the airport lined up early this morning to catch a flight out of town.

Russ Yager, from Lena, said: “I go in the warm weather, I go golf a lot, hang out with my wife and my family.”

Dixon resident Catie Cox said today was the first time she and her family had traveled for Thanksgiving.

“We never traveled for Thanksgiving. We’ve always stayed at home so it’s new to us, ”she said. “I think we’ll just hang around. I think we both rented AirBnBs. We will be spending time as a big extended family and spending time in warm weather. “

Many people said they took the plane to do activities they couldn’t do locally, while others said they were returning home to spend time with their families.

“We bring the whole family together. We have a very large family, so we are delighted. This is the first time my siblings have been to Illinois in 6 years, so it’s going to be a lot of fun, ”said Keith Schuler.

According to AAA, around 48.3 million people will also be on the road.

Rent the ‘House of Gucci’ villa on Airbnb

Start a business? Use this old-fashioned tactic to jumpstart your brand