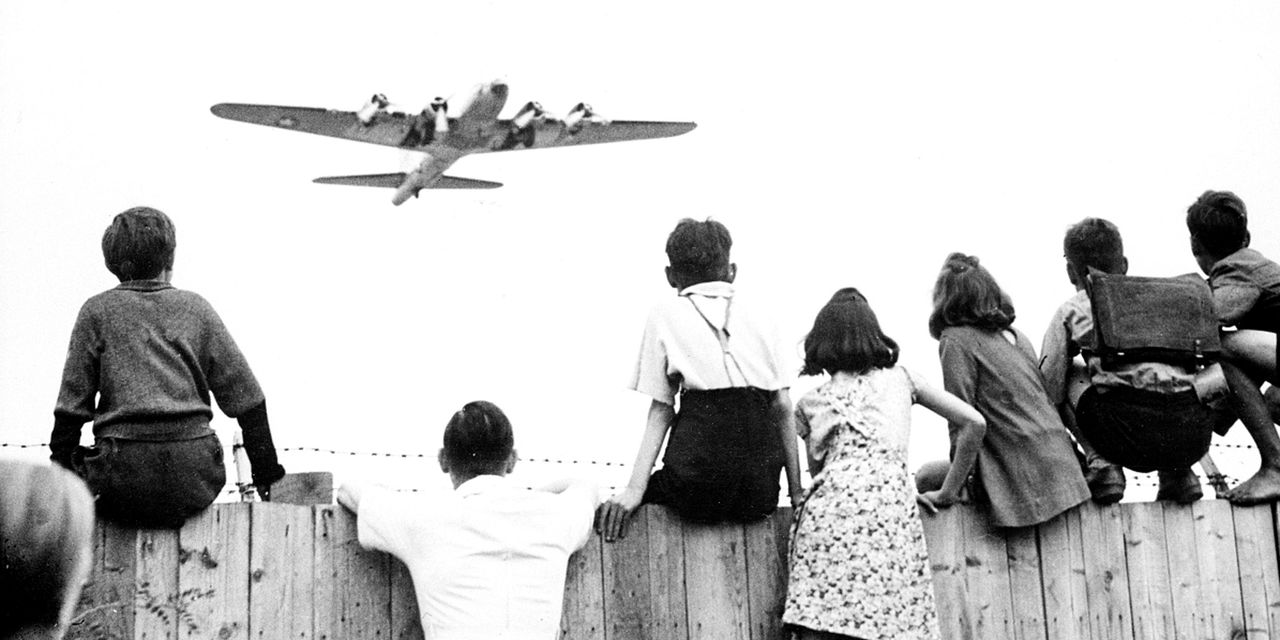 The occupation of triumphant Americans, British and Russians ravaged Berlin in the summer of 1945 enshrined a coda of World War II in Europe, but it was also the first skirmish of the Cold War which, in many ways, is still going on. For most American adults, post-war Berlin is a turbulent news item from the Allied Airlift of 1948, the construction of the Wall blocking the Russian sector in 1961, and its joyful destruction 28 years later as the Empire Soviet Union began to implode. These fading memories are faint reflections of the dramatic struggle for Berlin, especially in those early years.

At Yalta in February 1945, Winston Churchill, a dying Franklin Roosevelt, and the suspicious Joseph Stalin divided Germany, with the Russians taking the eastern half and the Allies dividing the west. Berlin, isolated in the Soviet zone 100 miles from the German internal border, was itself similarly divided. Two railroads and two Russian-controlled highways provided the only access to the city from the west. The British and American areas each had an airport – seemingly peripheral to begin with, they would each play a central role in the epic siege of Berlin that would shape the enduring conflict to come.

Soon a brave band of American and British military officers were playing daily with their stubborn Soviet counterparts over the plight of 2.4 million cold and half-starved West Berliners, while far away in Washington, London and Moscow, their superiors were plotting for advantage in the fog. of a new type of war on the future of Europe itself.

British writer Giles Milton brings this epic story to exhilarating life in Checkmate Berlin: The Cold War Showdown That Shaped the Modern World, his meticulously documented and precisely written account of these early crucial years in a divided Berlin. His book is popular storytelling at its best – evoking the savage rapacity of Soviet conquerors and the untold suffering of captive Berliners, the courageous resilience of a now nearly forgotten hero of the US occupation forces, and the brilliant execution of the Allied airlift that broke the Russian blockade of Berlin.

Mr. Milton skillfully sketches the players, among them the pugnacious Yankee Col. Frank “Howlin ‘Mad” Howley, who ran the show under the courteous General Lucius Clay, and General William “Tonnage” Tunner, the airlift impresario; Walter Ulbricht with a spade beard, Stalin’s political stooge in East Germany; Russian generals Alexander Kotikov and Vasily Sokolovsky, who tormented Allied commanders at every meeting; and Ernst Reuter, the staunch anti-Communist mayor of West Berlin. The author provides unforgettable vignettes, including the discovery of Hitler’s files in his dentist’s shattered office; they matched a jawbone found in Hitler’s bunker, refuting Stalin’s lie that the Führer had somehow escaped alive.