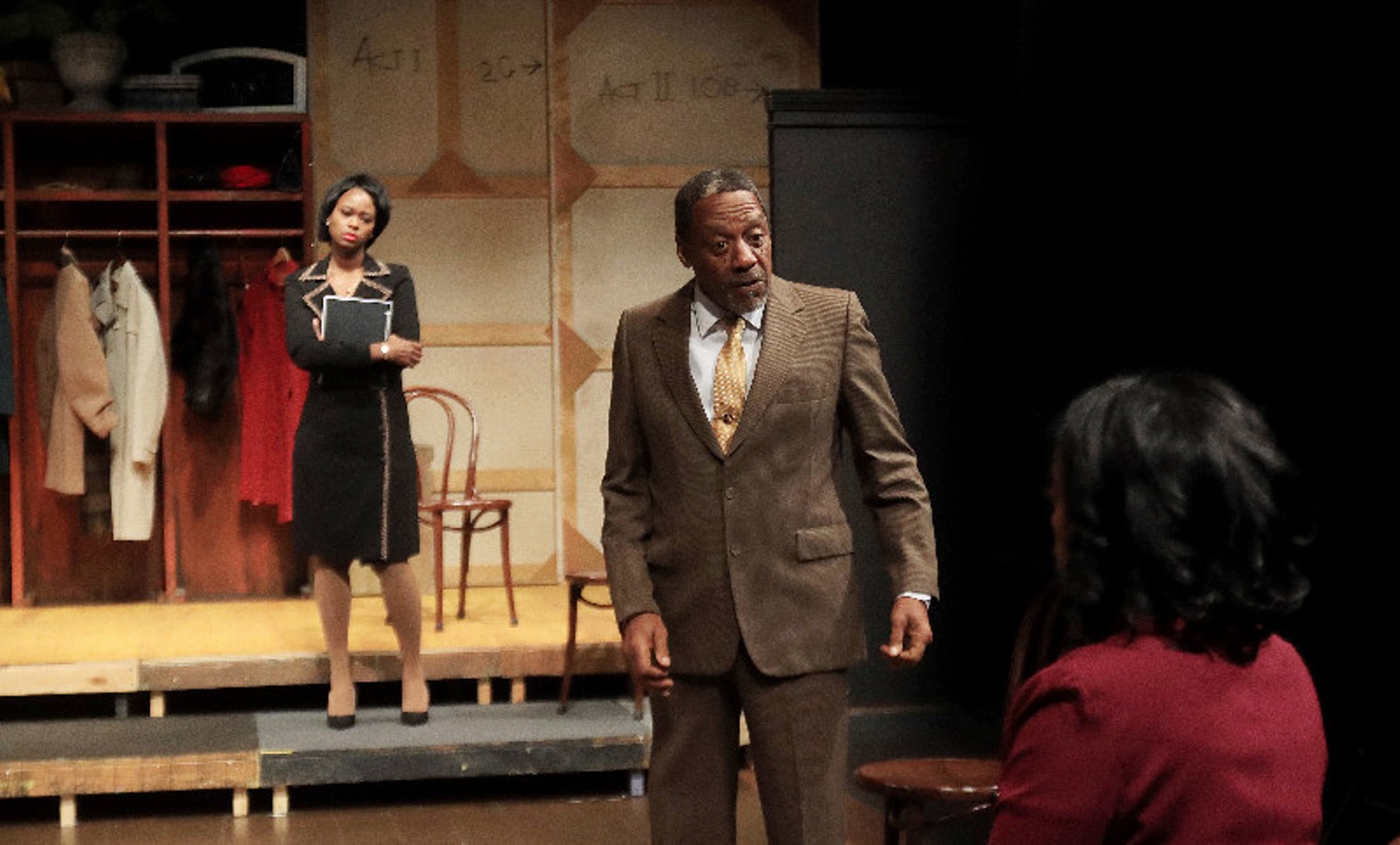 Review: Trouble in Mind at the Main Street Theater

If there is another play more prescient than that of Alice Childress mind problem (1955), roaring in the Main Street Theatre, I don’t know him.

This forgotten drama, almost buried since its 91 off-Broadway performances during the Eisenhower era, is so contemporary it’s chilling. Powerful, theatrical, clever and completely entertaining, Trouble shakes you with the past and shakes you with the present. It’s its own tsunami.

Childress was not a shrinking violet. In a career that spanned four decades, she always stood up for the downtrodden, the “have-nots among the haves”, as she once said. But his theatrical activism usually came up against an intractable white wall. Difficulty caused him problems from the start. In its unflinching dissection of 1950s black actors who are so in need of work they demean themselves with roles as moms, maids, porters and bellboys; it is a call to arms. Yes, a chosen few would become semi-famous – Hattie MacDaniel, Paul Robeson, The Nicholas Brothers, Lena Horne, Louise Beavers, Clarence Muse, Stepin Fetchit – but in the late 1940s, early 1950s, there were no by Sidney Poitiers, Harry Belafontes, Audra McDonalds, Ben Vereens. They came later, and the unheralded Childress presaged their rise to the limelight of the future.

We are in rehearsal for a new piece, Chaos in Belleville, set in southern Jim Crow, by a white playwright (unseen) and directed by white director Al Manners (Rhett Martinez, channeling Elia Kazan). The lead role went to black actress Wiletta Mayer (an extremely powerful Tené A. Carter). She’s been in the business for 25 years and this is her big break, probably her last – a lead role in a major Broadway play. Unfortunately, the drama is a wacky mess that has surface social significance written all over it. The characters, even the white ones, are archetypes, stereotypes, ghosts of showmans: tenebrous ones, toms, virginal ingenues, bucks. It’s unplayable as written. When Wiletta finally realizes the play is rubbish, her crusade for the truth begins in earnest. This conflict animates the play of Childress.

The actors are grateful to be hired, and when white people aren’t in the room, they come alive with prickly camaraderie. They all realize what they have had to endure in their careers: humiliation, ingratiation, enslavement, subtle racism, false laughter. The last role Millie played (a prickly but needy Ansonia E. Jones) had her screaming “Lordy, Lordy” all night. Wiletta lays out the rules of the game to rookie actor John (Alric Davis): laugh at the jokes, praise the play, butter the whites, don’t make waves. “They call it being a yes-man. Either you do it and you stay, or you don’t and you go. The elder Sheldon (Manning Mpinduzi-Mott, who steals all of his scenes with effortless grace) plays the game like the ravaged pro that he is. His striking monologue about witnessing a lynching as a boy is terrifyingly breathtaking and terrifyingly moving. This is both Childress’s and Mpinduzi-Mott’s shining moment. Director Michelle James knows exactly when Childress should spit or whisper. The ebb and flow are masterfully mastered.

Judy (Ginger Mouton) is the clueless, Yale Drama School graduate and hopelessly overwhelmed. Bill (Rutherford Cravens) is the hack actor who’s still working and doesn’t want to eat lunch and be seen with his black cast. It’s better than that. Eddie (Tyler R. Rooney) is Al’s lackey, the stage manager who answers the phone and gets excoriated by Al for answering it. And there’s former vaudeville star Henry (Carl Masterson), the theater’s doorman and gofer. If there’s an actor who sparkles more than Masterson, please show him to me. Her cheerful advice to Wiletta, a little confused but still said with a faded smile, somehow gets her going.

mind problem is completely of its time, like the first Inge or Miller. It’s done well with choreographed exits and entrances; splendid well-timed monologues; undulating climaxes and gentle descents; and well drawn characters with moxie and heart. But most surprisingly, it’s so modern. It’s so now and fresh. He tackles the “soft bigotry of low expectations” with unflinching insight and biting satire. He puts him back in his place with a powerful and timely slap. It’s brash and bold, sassy and wise – way too much for 50s Broadway.

No wonder Childress had such trouble with it. Its producers wanted it on Broadway, but demanded changes to soften it and make it more palatable to (white) audiences. Childress nodded. Who doesn’t want her to play on Broadway – the first black writer to be so honored? She toiled over revisions for two years, changing the title to the odd “So Early Monday Morning,” but she hated what it had become. She couldn’t recognize him anymore. His voice had disappeared. The power was gone. Like Wiletta, she had had enough and handed them the original version. Like the white power structure she laughed at Difficultythey said no.

mind problem never made on Broadway until last November in a limited run at the Roundabout Theater. It was a long-awaited brilliant debut, and worthy of the Tony Award nominations the production received. The Main Street Theater is to be commended – again (as with their regional premieres of Coast of Utopia, Wolf Hall, Light in the Piazza) – for their foresight in bringing this lost masterpiece to Houston. Trouble in Mind is glorious theatre.