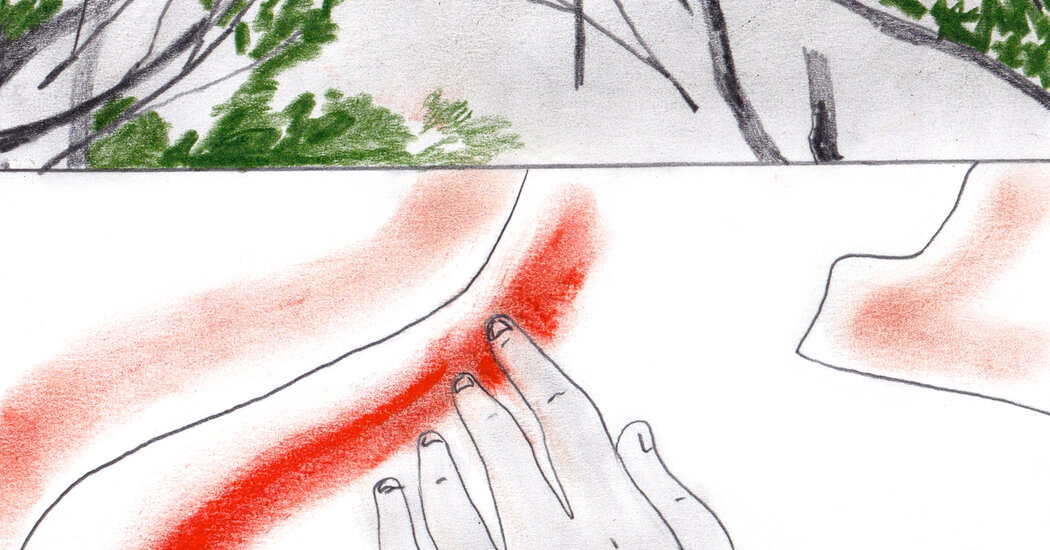 Reviews | How i got sick

I felt stressed out now, but the disease seemed to be the reason rather than the symptom, and my mind was the only part of me that was functioning. I could still write articles, normally enough that I didn’t have to tell my editors how bad I felt. (It was the summer that Donald Trump stepped off the Trump Tower escalator and politics became a feverish dream as well.) And I could analyze my symptoms with what seemed like my old, familiar reasoning powers, although my self-diagnosis kept changing based on what online source I read.

Around this time, the New York magazine published an interview with a doctor who had lived for years with undiagnosed Lyme disease, eventually contracting heart disease requiring a transplant. The article came with an illustration of a human body spider web with filaments, like something from HP Lovecraft.

His symptomology resembled mine; the “boil” could have been a tick bite. My Lyme test had been reported as negative, like other blood tests, but I got a copy and saw that one of the “bands” that appear in the presence of Lyme antibodies appeared in my test. . You need five bands to appear, as recommended by the Centers for Disease Control and Prevention, for an official diagnosis. But with exaggerated reason, I persuaded the primary care physician assigned to me after my emergency room visit to prescribe the antibiotic doxycycline.

She gave me 10 days – quite easily, she said, to clear a Lyme infection. I took it. A few days after starting the class, I started to feel incredibly strong waves of pain, stronger than before, concentrated mostly in my joints, knees and elbows.

While reading online, I came across descriptions of the Jarisch-Herxheimer reaction, flare-ups of symptoms that can accompany the large-scale death of bacteria inside the body. Named after two European doctors who identified it in patients treated for syphilis, it was believed to be common in Lyme patients. So I took the wave of symptoms as a possible confirmation of my guessed diagnosis.

At that time, we drove from Washington to Pittsburgh to visit my wife’s sister. Halfway, somewhere in the Appalachians, I started to feel a crushing pain in my chest, running up to my left shoulder. At one point the fire was unbearable and there was nothing I could do but tell my wife – quietly, so the children couldn’t hear us – that my chest was painful and that she had to take the wheel. Which she did, maintaining a motherly calm more terrifying than panic, and when we got to Pittsburgh, she dropped me off in the ER as she rushed to get the girls to our hotel.

There was nothing wrong with my heart, the doctors said, no problem they could see. They pushed liquids into my system, rolled me under sensors, spoke sympathetically and skeptically to each other. I was lying shipwrecked in the emergency room. Surely that was the low point, I thought; surely now the recovery would begin.

The relatable “super host” opens more than the house