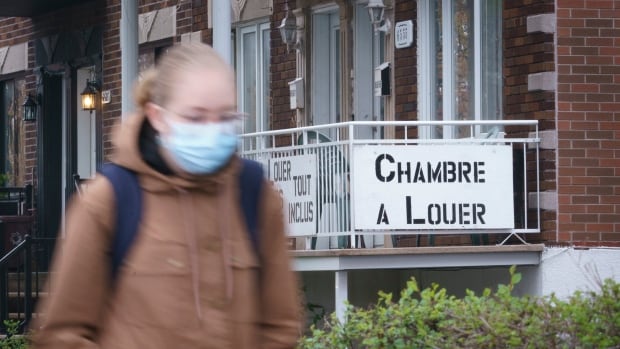 Soaring rents and real estate prices, shortages and a growing population have made housing in Montreal increasingly difficult to find – and a hot topic for municipal elections.

“We have a market that is really tight,” says Jean-Philippe Meloche, professor at the School of Urban Planning and Landscape Architecture at the University of Montreal.

“Supply is slow to enter the market and demand is growing faster than supply.”

While the situation here may not be as bad as it is in Vancouver or Toronto, says Meloche, it can still be viewed as a housing crisis – a crisis that not only affects low-income families, but moreover. in addition to those of the middle class.

“Prices have gone up so much that a lot of people are being denied the ability to rent or buy,” said Steve Baird, director of Verdun Citizen Action Committee, a non-profit organization that helps Verdun residents find housing.

Montreal is no longer a tenant’s paradise

Between 2019 and 2020, the city’s rents increased by 4.6%, according to statistics collected by the Montreal Metropolitan Community (CMM).

In Verdun, said Baird, the situation is particularly dire.

“Five years ago there were people coming up and saying, ‘Oh, you know, I have a budget of $ 700. I need a three and a half or something. And it was like maybe I could find something, you know. It was still possible, ”Baird said.

“Since then, what we see in the market is that there is almost nothing that is not double.”

Rentals are hard to find and what is available is expensive. According to MMC statistics, the average rent for available units has increased from $ 910 in 2019 to $ 1,198 in 2020, a whopping 30% increase.

This is in part linked to the pandemic, with rental markets inundated with expensive units that were once used for short-term or tourist rentals like AirBnB.

“When young people can’t afford their first home, well, they stay longer in their rental unit. If they stay there longer, well, they don’t leave the units, so they don’t empty that unit. “, did he declare.

“It’s hard for [people] for rent if there is nothing available. “

With the rise in house prices, fewer middle-income families can afford to buy. Baird says there are, at least in Verdun, numbered companies or property management companies.

“There are numbered companies and some speculators who buy the building, evict all the tenants and then often resell it,” he says, often referred to as the renovation.

“[They] just flip the building as it will have a higher value if they evict everyone and do the dirty work of getting rid of the tenants. “

The other problem, according to Baird, is families, or even businesses, who buy plexes (a building with two or more houses) and convert them into single-family homes.

Last year, the Verdun borough council voted to no longer allow the conversion of two units of a six-plex into a single unit.

“Now you can still do that with a triplex or a duplex, but they’ve restricted it to six or seven plexes,” Baird said.

“As you can imagine, this is a lot, a lot, a lot more common with duplexes and triplexes… We are essentially losing apartments more than we are gaining.”

Although tenant rights laws remain a provincial matter, municipalities have some control over rising house prices and rents through their regulations.

Baird cites the Verdun regulation on conversions as an example.

For Meloche, the solution is to ensure that more homes are built so that supply can meet demand. The problem? Space is limited.

“If we want to build the city for future citizens, then in some neighborhoods we have to change the concept of the neighborhood,” he said.

“We have to change the life that exists in these neighborhoods to allow taller buildings, more density.”

In some cases that means skyscrapers, but Meloche says boroughs need to reconsider regulations that limit buildings to a maximum of three or four stories.

“It may not be the main problem, but it is one of the factors over which we have some control,” he said.

When it comes to rental housing, Baird says a rent control system or registry could curb price increases. But he says that we also need some pressure from the municipalities to get the Quebec government to take rental problems more seriously.

“If politicians in Montreal, like in other big cities, don’t make it a priority and say it’s really a huge problem, then we can expect that we still don’t see a real action on the part of the Quebec government to correct the kind of loopholes and systematic abuses that we see time and time again. ”

Here is where the parts are:

VIDEO: Airbnb on rental regulations and working with communities

Demand for Lufthansa flights to US skyrockets when reopening

Hoping to rent a car this summer? Good luck