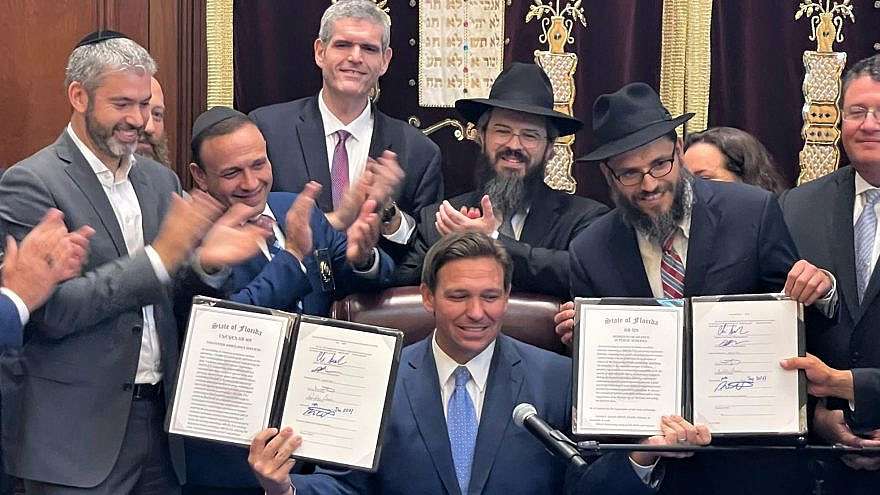 Ron DeSantis: There is no Israeli ‘occupation’

(JNS) In a speech to the Republican Jewish Coalition policy conference in Las Vegas on Saturday night, Florida Governor Ron DeSantis— one of the frontrunners in the 2024 presidential race — championed the right of Jews to live in their biblical homeland of Judea and Samaria.

“I don’t care what the State Department said. These are not occupied territories; this is disputed territory“, DeSantis said. “If you look at our record on issues related to Israel and support for the Jewish community, it is second to none,” he continued.

See related: Did Biden say there is no “Palestine” and justify the Israeli “occupation”?

DeSantis said that in winning re-election in the recent U.S. midterm vote, he received the highest proportion of Jewish votes of any Republican candidate in Florida history.

“When I became governor, one of the first things we did was fight Airbnb, which discriminated against Israeli Jews, and we won that fight against Airbnb,” he added. He also said that under his leadership, security had been tightened in Jewish schools.

“We signed a law against anti-Semitism. We are not going to allow universities in Florida State to become hotbeds of anti-Jewish sentiment as they have across the country,” DeSantis said.