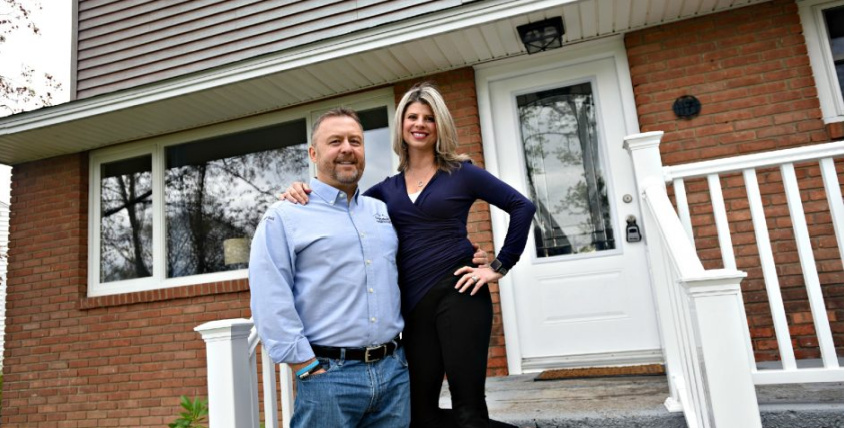 The city of Rotterdam plans to put in place a moratorium on short-term rentals. However, owners of some Airbnb properties say the move would undermine their rights as landowners and business owners.

“We are concerned about the government’s overbreadth,” said Glenn Schworm, who owns six short-term rentals in Rotterdam with his wife Amber. “It’s a property; we do not break any laws. In fact, we checked, no laws are broken and no code violations are broken.

The city is holding a hearing Wednesday night to gather residents’ comments on short-term rentals. At a city council meeting on April 14, two residents raised concerns about a short-term rental on Sunrise Boulevard. The Schworms have stated that they own the subject property at 1171 Sunrise Blvd.

Glenn Schworm said they started operating short-term rentals 18 months ago, starting with a rental right across from their house in Rotterdam.

“We wanted to make sure it was a viable and safe business model and that it wasn’t going to be a pain in the neighborhood,” he said.

He said they had managed the rental for six months and once a few issues were resolved they were good to go.

“If it works well, it’s a great business model,” he said. “It’s great for the community, it brings people in, they are friendly.

Amber Schworm said people have stayed at the properties for events such as weddings, graduation ceremonies, funerals and sporting events. She said they generate money for the economy.

There are 125 short-term rentals in Schenectady County – a handful being in Rotterdam, said Todd Garofano, executive director of Discover Schenectady.

He said short-term rentals on sites like Airbnb and VRBO pay an occupancy tax, which amounted to $ 20,000 in revenue for the county last year.

But not everyone is happy with short term rentals.

Diane Bauland of Sunrise Boulevard said she didn’t feel safe with a short-term rental next to her, but wouldn’t say if she thinks they shouldn’t be completely in the city.

The Schworms said people fear what they don’t understand.

“These houses are not rented out to homeless people… this is not a boarding house where we say, ‘Hey, it’s free, come in,’ Glenn Schworm said. ‘It’s not for pimps and prostitutes It’s not for just anyone that scares you It’s not like a cheap hotel.

He said that people who stay in Airbnbs get rated and that he or his wife can check that person’s reviews by staying in other places before renting to them. Hosts are also rated.

Amber Schworm said they also won’t rent to people who don’t agree to their house rules, which include a ban on smoking and partying in homes.

Glenn Schworm said this was not the first time they had to defend their business with city officials. He said they spoke to members of the Scotia Village board of directors for two hours about the details of what they are doing.

“We only had two problems and they were at the start and they were potential problems for the parties; we nipped them in the bud in 15 to 30 minutes, ”he said.

He said this covered an 18-month operating period in which there had been over 400 bookings at their various locations.

He said neighbors usually work with them to resolve any issues. This is not the case with Sunrise Boulevard.

“It’s always when a neighbor next door decides he’s not going to like him and gets angry,” he said.

“We are continuing our dialogue with the community on short term rentals as we examine if there is a problem and how best to proceed,” said city supervisor Steven Tommasone. “Wednesday’s public hearing is another step in this process. We look forward to hearing from those on both sides of the issue as we assess the best way forward. Our hope is to have a policy that is the best for our city and that balances the concerns of owners and neighborhoods. “

Glenn Schworm said he contacted Tommasone about it and had no response.

The Schworms said they would be at the public hearing on Wednesday. However, Glenn Schworm said if the city decides to apply a moratorium, it is ready to continue.

“There is no doubt about it,” Schworm said. “I’ve already spoken to legal counsel; we’re going to pursue them, ”Schworm said. “We [would] believe that our Fourth Amendment rights are being violated and we will sue them. It is on principle.