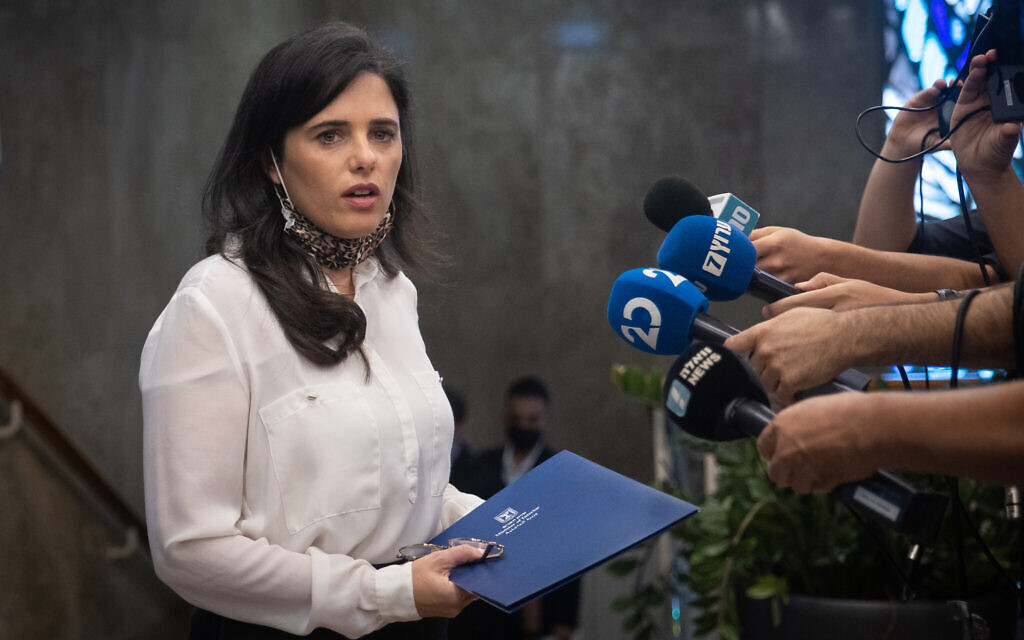 Running out of votes, government lobbies as a last resort for agreement on reunification law

The coalition fails to garner enough votes in the Knesset’s Arrangements Committee to send the controversial Palestinian family reunification legislation to the Knesset’s Foreign Affairs and Defense Committee.

Amid a heated hearing, the transfer of legislation to the FADC was rejected by the 17-14 Arrangements Committee, with Likud and other opposition lawmakers voting against the government despite the coalition’s hopes that some Likud MPs would side with the coalition in the vote. .

The coalition had failed in an earlier attempt to move the bill to the FADC, where it presumably believes it has a better chance of controlling the process. Last month, Arrangements Committee chair Idit Silman (Yamina) deferred a vote on advancing the legislation to the FADC when it became clear that there was no majority to do so.

Despite all this, the contentious bill is still expected to go to a full vote in the Knesset later today, where the coalition hopes to once again be able to muster a majority.

The law, which blocks the automatic granting of Israeli citizenship or residence to Palestinians on the basis of marriage to an Israeli, was first enacted in 2003, and must be extended every year.

It was adopted after some 130,000 Palestinians entered Israel as part of family reunification between 1993 and 2003, according to Channel 12, including during the Second Intifada against Palestinian terrorism. While the main concern was that some Palestinians obtaining Israeli status would engage in terrorism, there was also a demographic concern: the security establishment’s assessment is that some 200,000 Palestinians would be granted citizenship or residency. Israeli every decade without this legislation, according to Channel 12. .