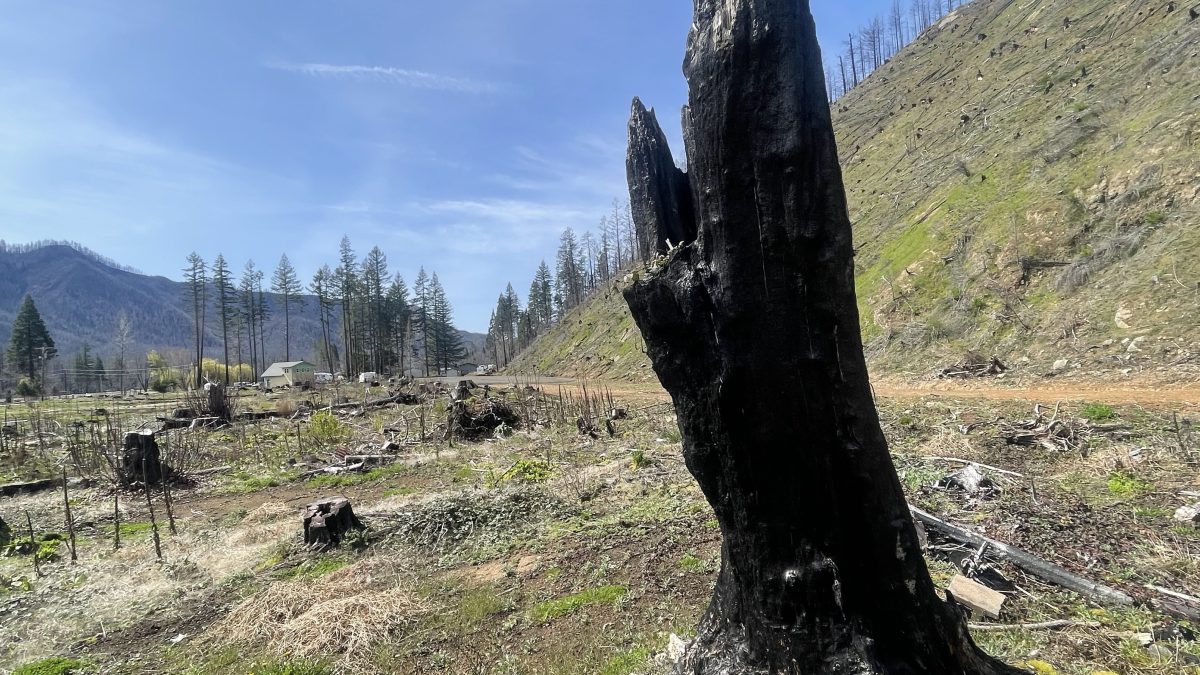 the New Mexico wildfires are further proof that climate change is making fire seasons in the United States more severe than ever. In recent years, wildfires have destroyed thousands of homes, mostly in the west.

Some of these owners decide to move to less fire-prone areas, while others choose to rebuild, this time with better fireproofing. But their poorer neighbors – those living in prefab homes – usually don’t have those options. Often they don’t own the structures, or if they do, they are uninsured or grossly underinsured and unable to replace the manufactured home after a catastrophic loss.

When a series of devastating fires swept across Oregon in early September 2020 – pushed west by extreme winds descending the river valleys of the Cascade Range in central Oregon and pushed north into creek beds and dry brush along the Interstate 5 corridor in southern Oregon – more than 1,000 manufactured homes burned.

Many were in mobile home parks, which are prone to fire damage with decades-old homes close together, often with awnings or carports. These places are often home to many people on low or fixed incomes.

the McKenzie River Valley hosts some of these sites. The river rushes west from the Cascade Ridge through a steep, forested valley to the Eugene metropolitan area, where the University of Oregon resides.

The McKenzie is known for its fishing, hiking, and mountain biking; the area is dotted with outback camps and resorts. And along State Route 126 – the two-lane highway that follows the river – near the small town of Blue River, was once the Lazy Days Mobile Home & RV Park, where Robin Roderick was manager.

“I could look out my kitchen window doing the dishes and look at the tree-covered mountain,” Roderick said. “Very pretty.”

A few dozen mobile homes and RVs basked in this setting until Labor Day weekend 2020, when extreme winds and dry forest conditions sparked a fast-moving wildfire, the Holiday Farm Fire, in the valley. It burned down several towns, including Blue River, leaving few standing structures in its wake.

“It was very traumatic,” Roderick said. “Seventy-six lost their homes in Lazy Days.” The escape was harrowing, she said, but in the end, all the residents came out safe and sound.

But every house in the park burned down. Jacob Fox, CEO of Homes for good, the Lane County public housing agency, came to survey the damage. “It was hell here. When I arrived after the fire, the frames of the houses had melted.

The site is now cleared of debris. All that remains are charred tree stumps and barren concrete slabs, along with the original multicolored park sign at the entrance – inexplicably spared from the flames.

Most former residents paid around $750 a month to live at Lazy Days, Roderick said. Fairly inexpensive for an area popular with tourists and second home owners.

“We had families from Section 8 [who received rent subsidies], veterans, people who worked uphill at local resorts,” said Roderick, who has tracked many displaced tenants as they dispersed through the area. “Almost everyone, they’ve all moved on. Now, I know some are just hoping for something to come back in Lazy Days so they can go home.

That’s exactly Homes for Good’s goal, Fox said – to build an affordable, state-funded rural mobile home park out of the ashes of Lazy Days, “to ensure that displaced people or people who live here who have housing instability, move here.

There is a desperate need for affordable housing like this in rural Oregon, said Democratic State Representative Pam Marshwhose southern Oregon district was also devastated by the 2020 Labor Day wildfires.

She was particularly touched by the Alameda fire, which swept north from the outskirts of Ashland through the working-class communities of Talent and Phoenix and the city of Medford. “We lost around 2,500 homes. Of these, 1,500 to 1,700 were manufactured homes or recreational vehicles.

Marsh said the loss of so much affordable housing has made it difficult for retirees on fixed incomes and working families to stay in the area.

Marsh sees reconstruction resuming now, more than 18 months after the fires. She said it’s mainly homeowners who rebuild, thanks to insurance payments. “So we see single-family neighborhoods that a year ago were piles of debris, which now are popping up. But prefab home parks do next to nothing.

The story is the same in central Oregon along the McKenzie River Highway. Large and new country houses with a view of the river are being built. But little else.

Melanie Stanley lives in Blue River and works for a rescue group in the zone. She lost her family home and general store in the fire, and she’s using the insurance money to rebuild. Stanley said most landlords who had properties that burned down aren’t rebuilding them on month-to-month rentals.

“They’re rebuilding them into Airbnbs,” she said, “or just secondary housing for themselves. Many tenants will not be able to return, at least not now.

It’s there that The Homes for Good Plan could help, Fox said. The former owner of the Lazy Days site was not interested in rebuilding, and in December 2021 the agency bought it for around $700,000. Engineering and property appraisals are complete, and construction at this location, using fire-resistant materials and landscaping, could begin this summer.

There will be 25-30 modular homes and spaces for modified RVs and mini-homes, for rent to people earning no more than 60% of the region’s median income.

But Fox said it was the agency’s ultimate vision: “The idea that people who live here actually own their homes and maybe even co-own the land below.”

Fox regularly meets with local officials, school leaders, business owners and residents. He acknowledged that there was still a lot of skepticism in the region about his agency and the project.

“People who live here have questions,” he said, “like, will Homes for Good move people from the Eugene metro area who may be homeless to the park of Lazy Days mobile homes?”

Fox said it would make no sense to place people in need of urban services in a remote rural location. The goal is to restore some of the affordable housing destroyed by wildfires – for local residents.

Big Oil, full of money, fails on its climate commitments