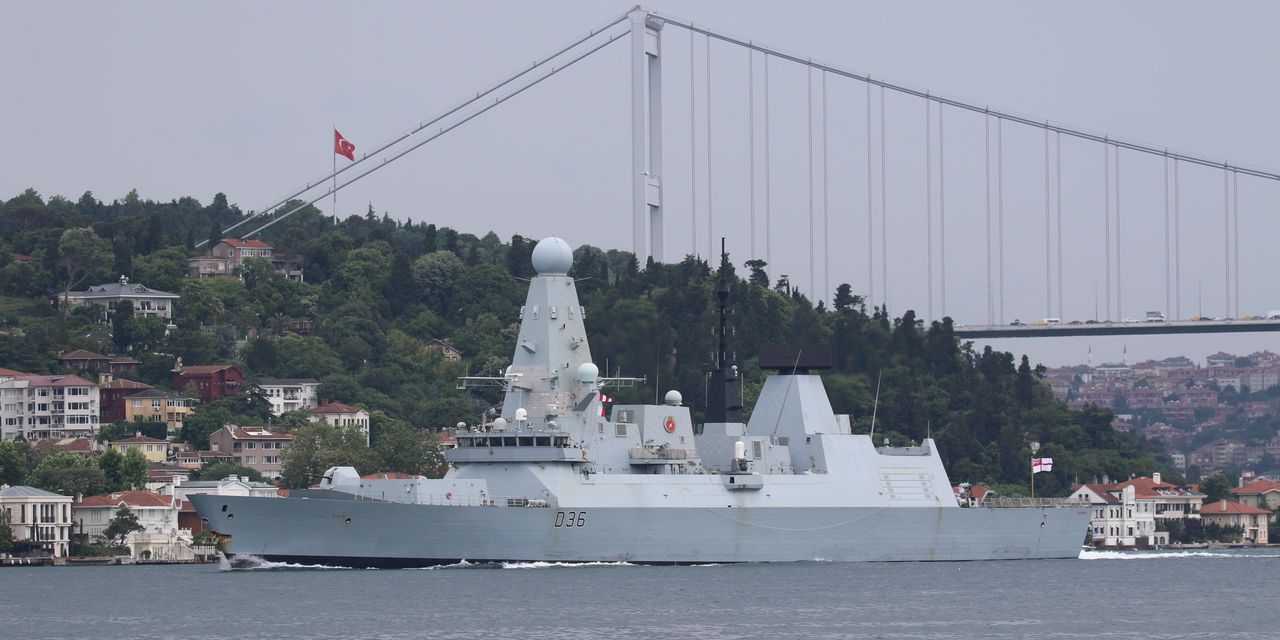 The Russian Defense Ministry said its armed forces fired warning shots at a British destroyer violating what it considers to be its territorial waters near Crimea, but the British government said its ship was crossing “innocently. “Ukrainian waters and no shots were fired.

The ministry said HMS Defender had reached three kilometers into Russian waters before a Russian ship issued a warning, to which the destroyer did not respond. A Russian patrol vessel then fired warning shots and shortly after, a Black Sea Fleet Su-24M aircraft dropped bombs along the destroyer’s path, the ministry said. About half an hour after entering Russian waters, the British Navy ship departed, he added.

But the UK Ministry of Defense said in a tweet that no shots were fired. Defense Secretary Ben Wallace said in a statement posted on Twitter that the destroyer entered an internationally recognized traffic separation corridor before exiting. “As usual, Russian ships monitored her passage and she was briefed on training exercises in her wider neighborhood,” he said.

He later told a parliamentary committee that the ship had been “hailed” by Russian authorities and informed of a nearby Russian training exercise.

“These are the things that come and go with Russia. Disinformation, disinformation is something that we see regularly, ”he said. “We are not surprised by this.” Mr Wallace said Britain’s Defense Ministry last year denied Russian allegations that its navy and air force expelled the British ship HMS Dragon from waters off the coast of Crimea.