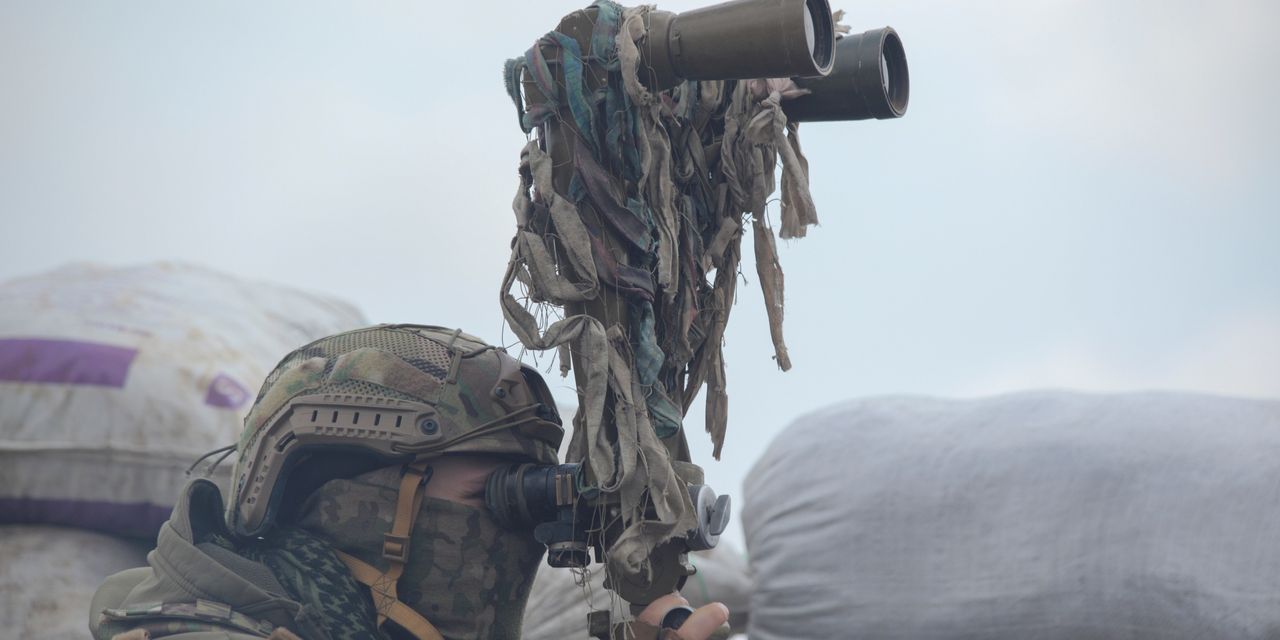 MOSCOW — The recent deployment of Russian troops along the Ukrainian border and Moscow’s indication that it could intervene in the event of a large-scale war in eastern Ukraine cloud hopes for a peaceful resolution to the conflict which has been smoldering for seven years and has claimed thousands of lives.

Kremlin spokesman Dmitry Peskov told reporters on Friday that Russia has the right to move forces within its territory at its discretion and is simply taking precautions given the “dangerous and explosive region on its borders.” with eastern Ukraine.

Mr Peskov warned that the situation on the contact line was extremely volatile and said that “the dynamics … create the danger of a resumption of hostilities on a large scale”.

Russian President Vladimir Putin accused Ukraine of resuming “dangerous provocative actions” in its eastern Donbass region, during a call Friday with Turkish President Recep Tayyip Erdogan, according to a reading from the Kremlin.

Tensions continued to mount between Ukraine and pro-Russian separatists following a recent escalation in fighting along the borderline within Ukraine, where Kiev said several of its soldiers had been killed last week.

Dmitri Kozak, deputy chief of staff of the Russian presidential executive office, warned on Thursday that Moscow would be forced to defend its citizens living in eastern Ukraine in the event of all-out war, and said it would be “the start of end for Ukraine. “

At least 640,000 residents of the eastern Donbas region of Ukraine have Russian passports, according to Russian data.

Moscow lobbied for Ukraine to implement a peace deal brokered by France and Germany in Minsk, Belarus, in 2014 and 2015, which calls for local elections in Donbass, withdrawal of armed troops foreign and return from the border with Russia to Ukraine. control, among others.

The government of Ukrainian President Volodymyr Zelensky has opposed granting greater autonomy to separatist-held territory, fearing that this would give Moscow the opportunity to further establish itself in the region.

But the recent escalation in violence, the build-up of Russian troops and increasing threatening rhetoric from Moscow have derailed the chances of a diplomatic settlement, analysts said.

“The ceasefire is over … and President Zelensky’s strategy of negotiating something with Moscow is generally over,” said Mykola Kapitonenko, associate professor at the Kiev Institute of International Relations and consultant to the parliamentary committee Ukrainian Foreign Minister.

Russia sees “the Minsk process is at an impasse and there is no hope that there will be the kind of compromise they hoped for a year ago, so they must do something to improve their position as negotiation and basically the only thing they have is military power, “Kapitonenko said.” Drawing lessons from previous experience, Ukraine should prepare for the worst-case scenario. “

It is clear that Ukraine would prefer to find a diplomatic solution, but perhaps the Ukrainian president’s biggest mistake was that “he was too naive in thinking that he could strike a good deal with Putin and will do it to the Ukrainian conditions, ”said Alyona Getmanchuk, director of the New Europe Center, a think tank in Kiev.

American and European leaders have sounded the alarm bells on the build-up of Moscow forces on the Ukrainian border. Washington expressed concern that “Russia now has more troops on the border with Ukraine than at any time since 2014,” according to White House press secretary Jen Psaki. Russia annexed Ukraine’s Crimean peninsula that year and provided support for separatists in the east of the country.

“Muscle-playing in the form of military exercises and possible provocations along the border is a traditional Russian affair,” Zelensky wrote on his Telegram messaging channel last week. “He seeks to create an atmosphere of threat and, at the same time, pressure during the ceasefire negotiations. “

Zelensky argued that speeding up Ukraine’s path to membership in the North Atlantic Treaty Organization would help prevent a deeper conflict with Russia.

But Russian officials and pro-Kremlin analysts say NATO’s involvement would raise the stakes and diverge from dispelling tensions.

“If the United States of America and NATO start supporting Ukraine and strike the People’s Republics of Donetsk and Luhansk, Russia will certainly enter a military conflict,” said Sivkov, the military analyst. .