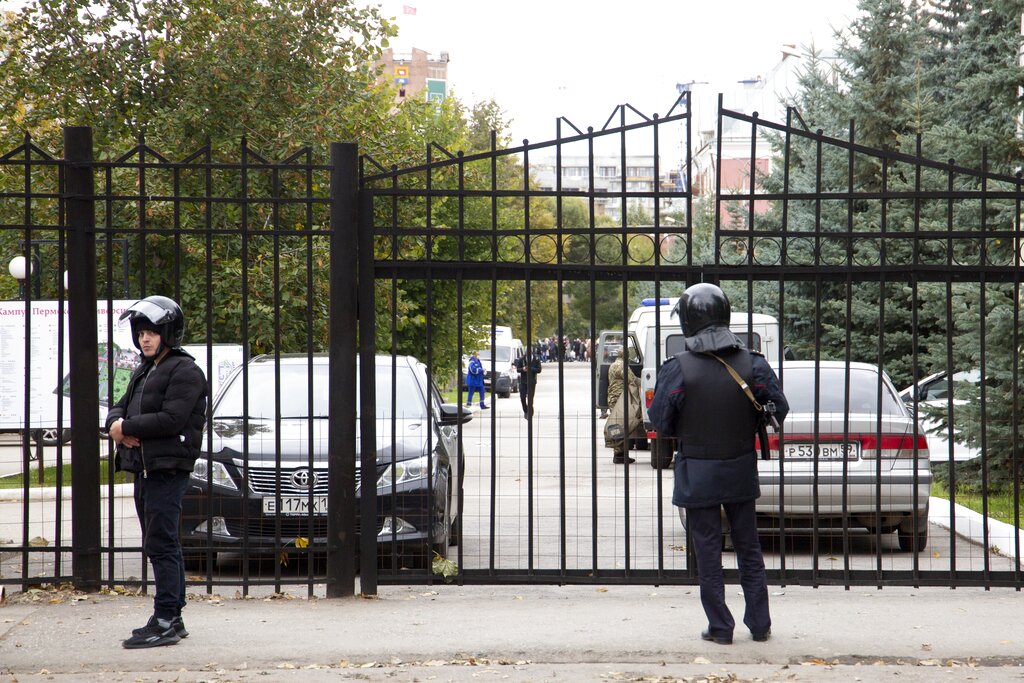 MOSCOW (AP) – An armed man opened fire on a university in Russia on Monday, killing eight and injuring 28, officials said.

The suspect was arrested after being injured in a shootout with police, the Interior Ministry said. No immediate information was available on his identity or possible motive.

During the attack, students and staff at Perm State University locked themselves in rooms, and a video posted on Russian news sites showed students jumping out of second-floor windows.

In some footage, a helmeted, black-clad figure could be seen pacing the sidewalk of a campus, cradling a long-barreled weapon. The Russian investigative committee said the shooter fired a smoothbore hunting weapon. This could indicate that he used a shotgun.

A traffic police unit was the first to attend, and the suspect opened fire on them, according to the Interior Ministry. He was injured when police retaliated and was then disarmed, the ministry said.

Although gun laws are strict in Russia, many people obtain permits for hunting guns. News reports quoted officials as saying the suspect had a permit for a shotgun, although it was not clear if that was the weapon used.

In May, an armed man opened fire on a school in the city of Kazan, killing seven students and two teachers with a registered weapon.

The university, which has 12,000 students enrolled, said about 3,000 people were on campus at the time of the shooting. The school is located in the city of Perm, approximately 1,100 kilometers (700 miles) east of Moscow, and has a population of approximately 1 million.

The investigation committee said 28 people were injured, some of them hospitalized, but did not give details. The health ministry said 19 of them had been shot; we did not know how the others had been injured.