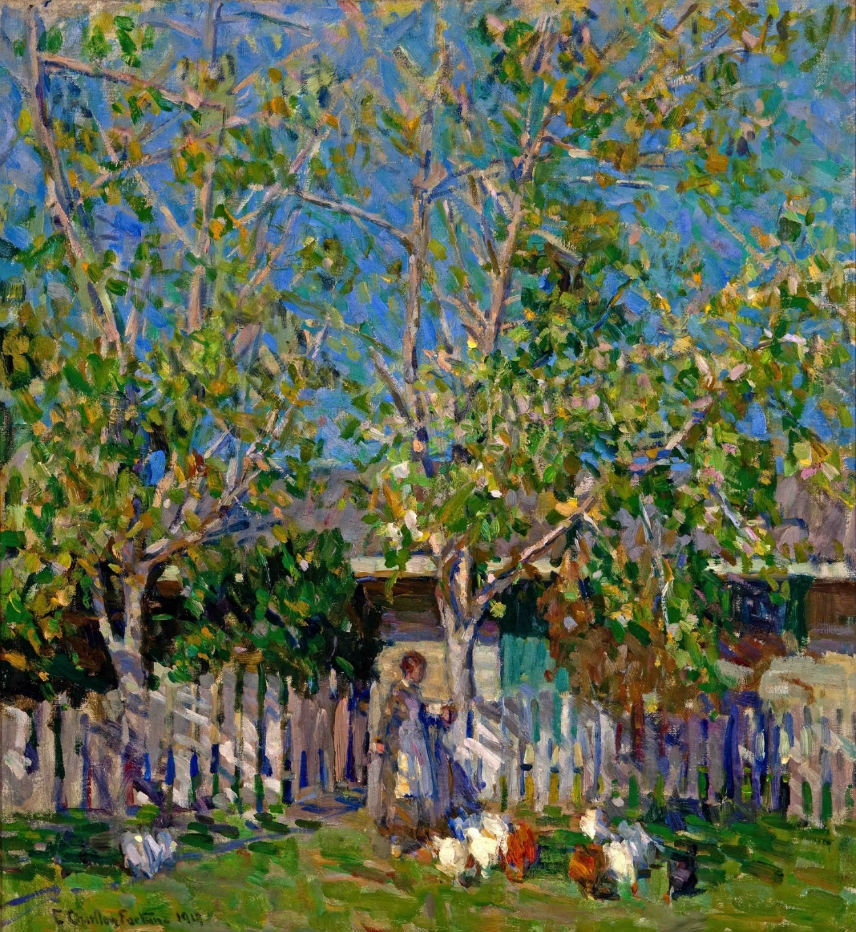 San Antonio is hosting a retrospective of American impressionists this summer.

When it comes to Impressionism, it’s the Monets and Renoirs who tend to get all the attention. But a decade after the Impressionists first appeared in a Paris exhibition in 1874, she moved to the United States, creating a broad artistic movement that spread from coast to coast.

A new retrospective at the San Antonio Museum of Art explores how this French-born style influenced American artists with “America’s Impressionism: Echoes of a Revolution”. More than 70 works, a mix of public and private collections, have been compiled as part of the new exhibition, presented at SAMA from June 11 to September 5.

Despite Impressionism’s continued popularity for nearly 150 years, American artists are often overlooked, which SAMA hopes to remedy with this new show.

“American Impressionism could be understood simply as the adaptation of techniques and visual vocabularies perfected by French masters,” the museum notes in a statement. “… American Impressionism redefines our understanding of movement to show how American artists drew inspiration from transatlantic exchanges to create an independent movement, uniquely shaped by American sensibilities and regional landscapes.”

SAMA’s exhibition will trace American artists who traveled to France to study under European masters before returning home to the United States. his famous Giverny.

The exhibit also illustrates the Impressionism movement in Texas, and features artists who have drawn inspiration from everything from the Hill Country to the North Texas Plains to arid West Texas.

Among the artists representing the Lone Star State are San Antonio-born Julian Onderdonk, Dawson Dawson-Watson and José Arpa, all of whom are part of SAMA’s permanent collection.

Other notable pieces on display include “The Bathers” by Frederick Carl Frieseke, “The New York Bouquet” by Childe Hassam and “Girl Cutting Patterns” by Edmund C. Tarbell, all on loan from the Marie and Hugh Halff Collection of San Antonio.

Originally organized by the Brandywine River Museum of Art in Chadds Ford, Pa., “America’s Impressionism: Echoes of a Revolution” will return to the Brandywine after its tour of Alamo town.

SAMA is now open from Tuesday to Sunday and tickets are available in pre-programmed time slots. Ticket prices range from $ 20 for adults, $ 17 for seniors, $ 12 for students and military, and $ 10 for children ages 10 to 17.

Ukraine’s electricity and water supply are again attacked by Russia