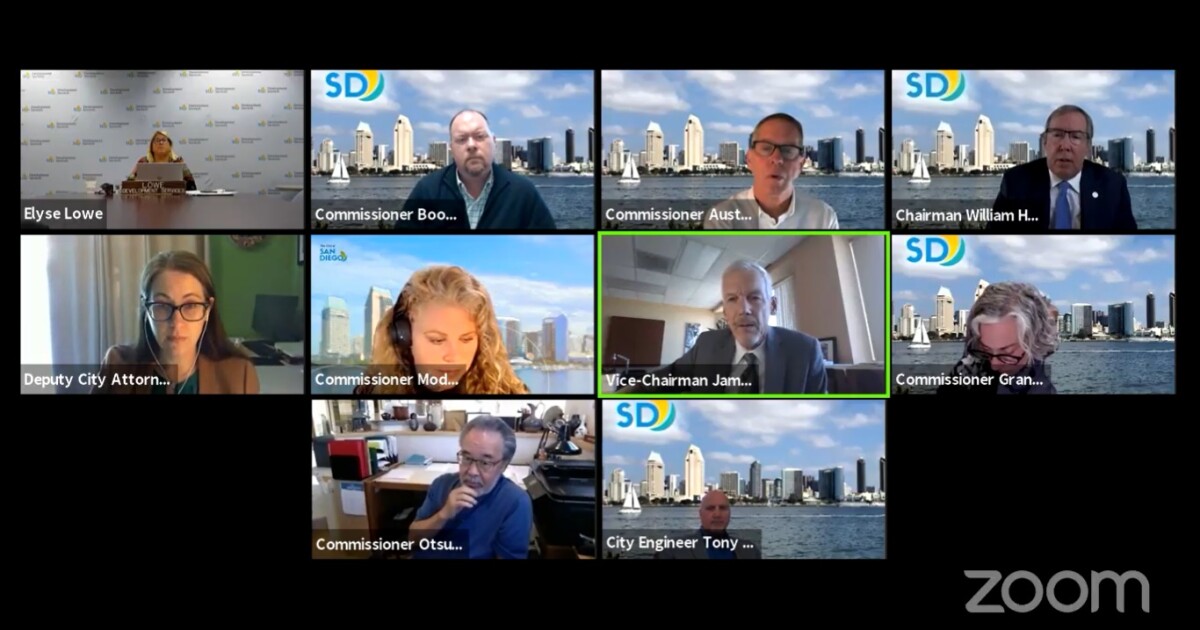 The San Diego Planning Commission voted unanimously on Dec. 3 to forward a proposed short-term vacation rental ordinance to city council for consideration and recommended adoption with some revisions, including relaxing the proposed limit on whole home rental licenses at 1% of the city’s available real estate stock.

The effect of the restrictions would be to reduce by 50% the number of short-term rentals of whole homes, which the city said totaled nearly 13,000 as of last summer.

If approved by the board, the ordinance would come into effect on January 1, 2022.

The order – which stems from an agreement that District 2 Councilor Jennifer Campbell negotiated between Expedia, which has two online platforms for the rental of STVR, and Unite Here Local 30, a union that represents workers in the hotel business – proposes to define short-term rental occupancy as a stay of less than a month and would include regulations that could then be applied.

The regulations would also establish a mechanism for citing hosts or suspending or revoking the licenses of those who violate the rules.

For years, the vacation rental debate has pitted the rights of landlords to rent their homes against residents who have seen their neighborhoods disrupted by tourists, leading to complaints of noise, litter and parking issues.

Other vacation rental reviews claim online ad platforms are creating financial incentives for renting properties for short-term stays instead of long-term residential use, reducing the supply of housing. and driving up prices.

At a previous hearing on October 8, some planning commissioners expressed concerns about parts of the ordinance, with Commissioner Matthew Boomhower saying there was “a lot of work to be done.” The commission returned the proposal to Campbell’s office for further refinement.

Among the issues raised were how the number of short-term rentals should be limited, the nature of the system by which licenses would be awarded, the enforcement mechanism, the impact on municipal services (such as enforcement of the code and the city treasurer’s office as it manages an increase in transitional occupancy tax collections) and how accessory housing units would be accounted for.

Rather than presenting changes to the order at the December 3 meeting, Campbell’s chief of staff Venus Molina presented answers to questions the commissioners asked during the October hearing.

“What has been agreed [at the last hearing was] we need regulations and something on the books that we can enforce and control short term vacation rentals in San Diego, ”Molina said.

• Level 1: Short-term residential occupancy in shared accommodation or throughout the house for a total of 20 days or less per calendar year

• Level 3: short-term residential occupancy throughout the house for more than 20 days per calendar year

• Level 4: Special level for Mission Beach, which allows short-term rental of the entire house in a manner consistent with the recommendations of the Mission Beach City Council.

Under the original plan, the number of homes that could be fully let for short stays in the absence of the owner or resident would be capped at around 5,130 city-wide, including an exclusion for nearly 1 100 of these rentals at Mission Beach. .

Under the proposal the commission recommended for approval, the city-wide number would be capped at around 6,500.

In the original plan, the number of licenses allowed in the city, excluding Mission Beach, would be limited to 0.75% of the city’s housing units. In the recommended proposal, the cap would be 1%.

For Mission Beach, long a magnet for vacation rentals, the prorated allocation would be much larger, accounting for 30 percent of the community’s total housing units.

For Levels 3 and 4, Molina said, licenses would be granted in a lottery system to a “person… having the legal right to occupy and authorize STRO in the unit.” This is intended to slow the proliferation of corporations and LLCs that buy and rent multiple homes. The licenses would not be transferable to other persons or properties.

The license fee would help pay for the additional app through a short-term occupancy office and 24-hour complaint portal. The code enforcement division recommended hiring. additional officers to handle complaints.

A “good neighbor” policy would require hosts to advise guests that if the police are called to remedy a disturbance, guests may be required to pay the city for the police intervention.

During the commissioners’ comments, Boomhower said he felt the staff had addressed “almost all of the concerns” but added that the 0.75% cap proposed for Level 3 is “arbitrary”.

“I would be prepared to support a 1% cap for level 3,” he said after hearing speakers during the public comments call for the limit to be increased. “I understand we have a housing crisis and we need to fix it, but people have the right to use their property, but it’s legal. A cap makes sense, but I want to make it as wide as possible. “

Commissioner Kelly Moden questioned whether permits could be distributed equally by district or district of city council.

Boomhower said the lottery system is legally the fairer method, but that “some communities are more desirable for short-term rentals” and he didn’t want “coastal communities and districts” to be inundated with licenses.

Moden wondered how violations that could lead to the revocation of a license would be validated and that the city would not rely on “angry neighbors who are crazy to have an Airbnb next door.”

Leslie Sennet, deputy director of code enforcement, said the complaints would be part of an investigation and a staff member would assess whether a citation should be issued.

Moden also asked if San Diego “has the police force” to handle the job. “I see a lot of pitchforks in the public comments, and maybe there will be a period of calm, but I see that as a lot of work for the first few years,” Moden said.

As in the first hearing, the speakers expressed views at all levels. Those who rent their homes have touted the value of short-term rentals as a way to supplement their income and help the local economy with tourism money. Some have said the proposed limits on the rental of entire homes are “unreasonable” and “could lead to trial.”

Jonah Mechanic, owner of SeaBreeze Vacation Rentals in La Jolla, said the proposal was “fair, balanced and common sense” but “far from perfect”. It protects short-term rentals and “balances the needs of the community by punishing those who are irresponsible and rewarding those who are responsible,” Mechanic said.

Bird Rock resident Steve Dowdy spoke of a shooting on November 28 outside a short-term rental on his street (a gun was unloaded during an argument, but no one was injured).

“When are you going to listen to the people of San Diego who have to live next door to these?” Said Dowdy.

The commission unanimously adopted a motion to send the ordinance to council with the following recommended revisions, subject to review by the city attorney and review in one year:

• Suggest to council that the whole house boundary be divided by district “or some other boundary” equally and let council members decide if they want to continue down this path.

• Identify a requirement that the license holder be able to validate their permanent address to match the property to be rented.

• Include similar restrictions to commercial areas for mitigation of noise and other quality of life issues.

“I think this is a compromise order. No one is happy, so we did a good job, ”said commission chairman William Hofman. “We need regulations; we need to put them in place so that we can have a better application. ”

– Lori Weisberg, editor of the San Diego Union-Tribune, contributed to this report. ??