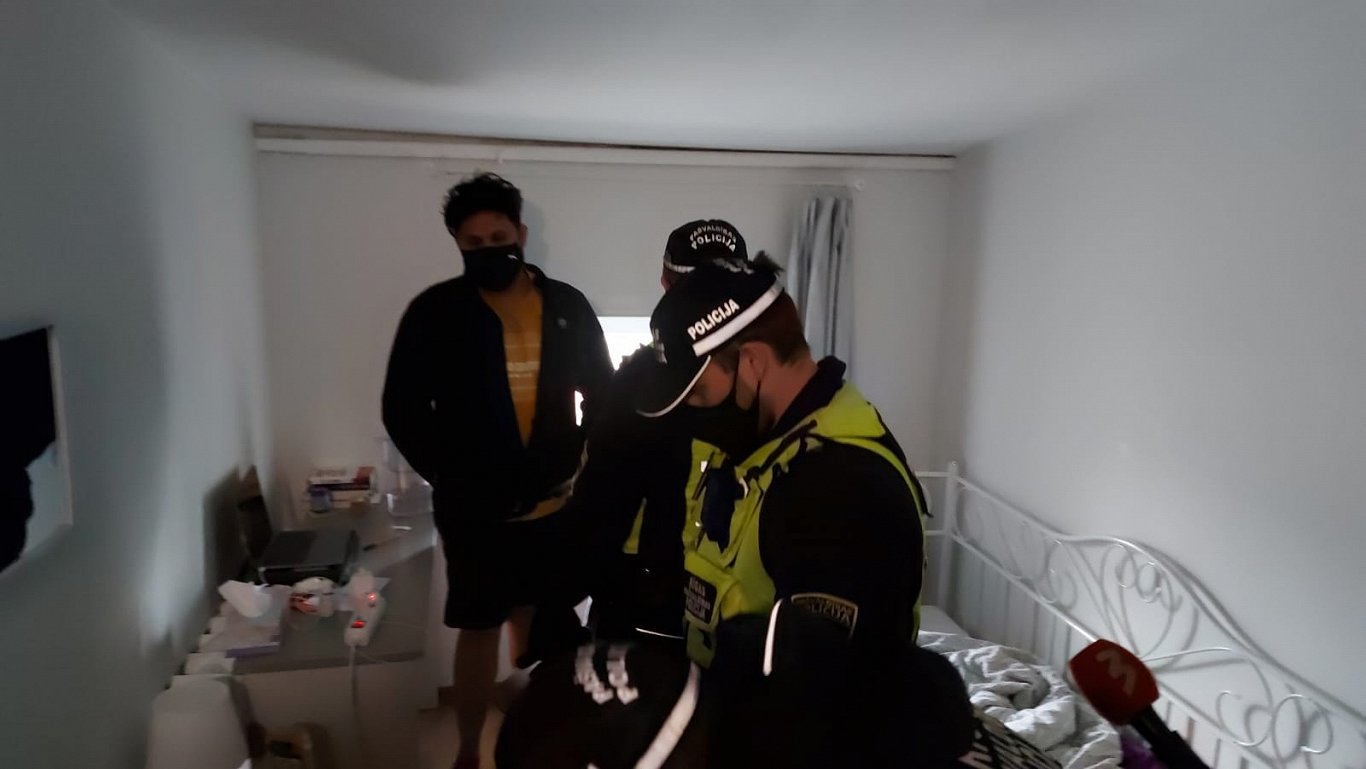 Following the tragic fire at Riga’s illegal hostel on Merķeļa Street, the city’s building council and city police discovered several other illegal accommodation sites during a raid and ordered their closure, reported Latvian television on April 29.

Police searched the homes and workplaces of three people detained on Wednesday in connection with the fire at the illegal hostel on Merķeļa Street. Documents and data carriers have been deleted. Police also questioned dozens of people in criminal proceedings.

One of the detainees, the owner of the apartment / hostel, is a lawyer, former president of the Riga Law School Students Association Andrejs Gailis.

Currently, the police are investigating different versions. Meanwhile, the relevant municipal departments have started to investigate the places where clients are illegally accommodated.

The first places the police and the construction office visited were two illegal hostels on Marijas Street. The police had already arrested the owner of these on Wednesday. There is only one tenant left, who has no accommodation. He has been renting a site there for two months, but he does not have a rental agreement.

“I am paying in cash, without a contract,” said tenant Roberts, adding that the man he paid “was taken away yesterday”. Roberts must seek another shelter. The police gave him a few hours to collect his things.

He said he did not remember the name of the owner. However, according to official databases, the two apartments on Marijas Street investigated belong to the same people as the burnt down hostel on Merķeļa Street – the detained lawyer Andrejs Gailis and Hotels and Apartments Ltd.

In the apartment, the police met several residents – Ukrainian and Indian nationals, and a package of marijuana, according to the tenant, “of about seven, eight grams”. State police were called to the scene, but local government authorities continued to inspect the apartment. One thing is clear: the inhabitants of this hostel will also have to look for new accommodation.

This time, compliance with the decision will be monitored by the police, while the raids continue, as the building council has information on at least nine illegal homes. Riga City Council Social Services will provide assistance to tenants who may not have other places to stay in Riga.

Did you see an error?