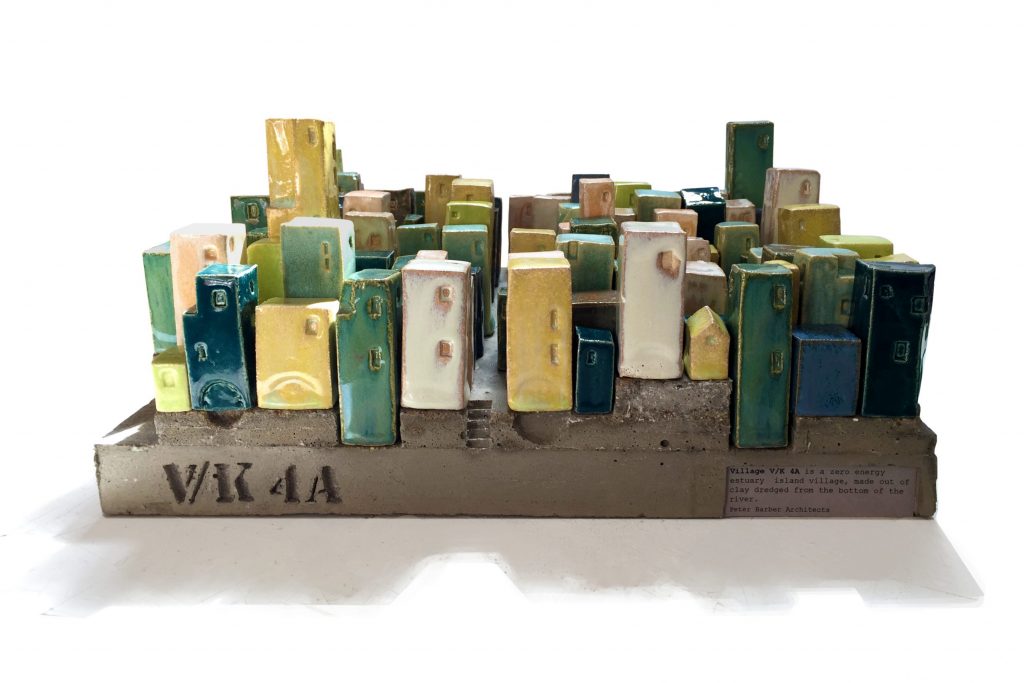 Shaping space at the Building Center

A new show at the Building Center in London brings together a range of architectural models, questions their role in how we perceive the built environment, and examines their multiple functions and purposes.

Designed by Roz Barr Architects, the show is the culmination of a longer research project, Architectural Models Network, at the V&A. The project, like the exhibition, aims to demystify architecture by making it more accessible through models, rather than plans, sections and elevations, which can perhaps be more difficult for the less technical viewer to understand.

One of the answers presented is in a plaster model of the south wall of the Notre-Dame du Haut chapel in Ronchamp. It bears the imprint of Le Corbusier’s hand as he used it as a tool to advance design issues through model making. This idea of ​​a model as a practical tool is also evident in the original wooden model of the Royal Albert Hall, found in 2019 at the back of a cupboard in the lobby. Only a section of the 1866 model exists. It has been used to help architects and engineers better understand the structure.

It is placed next to a reconstruction by B.15 Modelmaking Workshop of Manchester, which, with the help of the exhibition curator Simona valeriani, try to fill in the gaps in the archival drawings and to reconstruct the entirety of the original model. Valeriani comments that the exercise of recreating this model was a methodological exercise that revealed how the making of a model can reflect the construction process.

The past is also revisited and reconstructed in a model of the temple of Bel in Palmyra, Syria. The remains of the original temple were largely destroyed by ISIS in 2015. The lost ancient monument is recreated in cork by German artist Dieter Cöllen. We are informed in the accompanying exhibition book, An alphabet of architectural models, that Cöllen’s use of cork to create a model of an ancient monument is part of a longer tradition dating back to 18th century memories of the Grand Tour.

The exhibit also showcases the potential for using models as political tools – either as evidence of human rights violations in the case of a forensic architecture 3D model of a US drone strike in Miranshah. in Pakistan, or by immersing us in the alienating experience of the city from the perspective of an asylum seeker in Limbo, a film by ScanLAB Projects.

In contrast, a whimsical and pious paper model of Ellie Sampson, Wish List City, was created as a form of escape from the coronavirus pandemic. It features a hybrid landscape merging the fantastic artwork of manga artist Teikoku Shounen, Studio Ghibli’s Magic Bath Abducted as if by magic and Airbnb hosting in a fictional Asian cityscape.

Another paper model by artist Karen Britcliffe brings the fictional world of Hiromi Kawakami to life. Originally designed for the cover of Kawakami’s novel People in my neighborhood, it represents a traditional minka house and a modern apartment building that can be turned over and over.

Shaping Space is a visual feast of models that capture the lost, speculative and fictional world around us. This is a fascinating exhibit that expands our understanding of the use of architectural models.

Minut announces launches in the Spanish and Portuguese markets

Sheffield city center restaurant to be developed by 23-year-old who quits his job at £ 100,000 gold mine in Russia