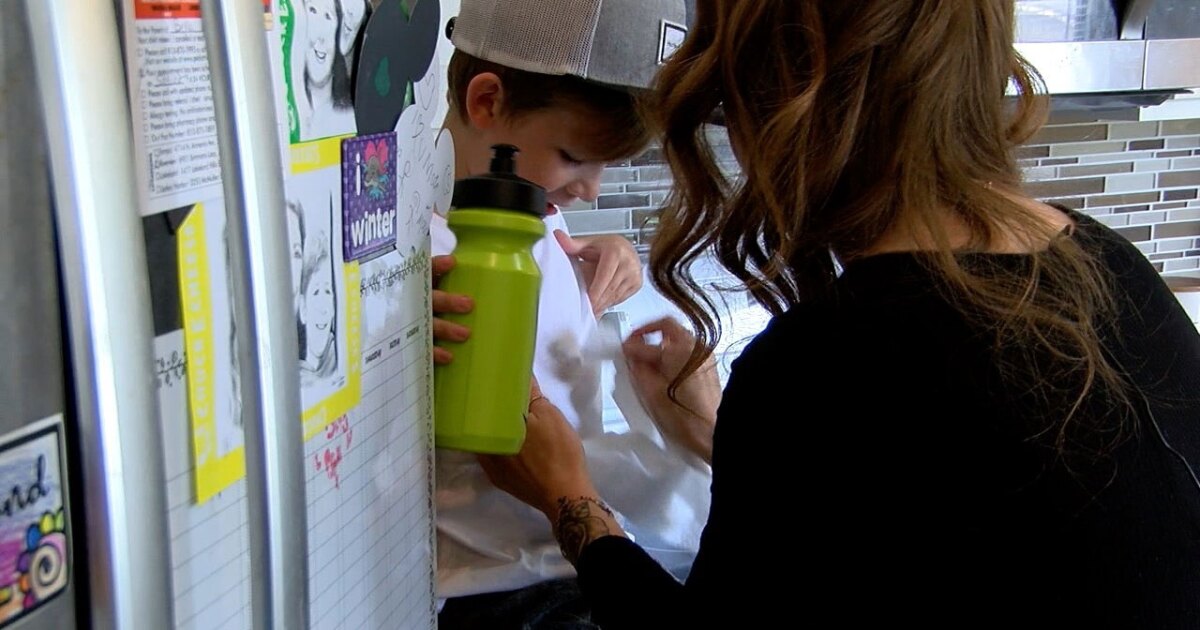 Several shelters across Tampa Bay are at capacity, and that’s leaving people like Camie Larken with no one to turn to.

“Every day we get closer to not having a place to go,” said Larken, a single mother of three.

“I have two small businesses, I’m a woodworker and I’m also a personal shopper,” Larkin added.

And she stays awake at night, fearing that what she says will soon be her reality.

“We are going to be homeless, literally. Airbnb, hotels if I can afford it,” Larkin said.

Larkin said just three years ago she was paying $900 for a house. Now she said it was hard to find anything under $2,000.

“You charge $2,000 for a house that literally has a health department notice on the front door. But people get away with it. They literally get away with it because there are so many people, not just moms, who are so desperate not to be on the streets,” Larkin explained.

It was in desperation that Larkin reached out to Facebook for help as she posted the following message to a moms group she belongs to:

“I am a single mum of 3 children (2 with significant health issues) and have been told they are selling the house we live in… anyone have any tips or ideas?

Larkin is among several other Tampa Bay-area moms asking for help.

“I reached out to Facebook because I was just, I knew I was in dire straits,” Wanda Landin said.

Landin posted a similar message on the same Facebook group.

“Hello dear moms…I just want to know if there are any single moms like me who are struggling right now and maybe looking for a roommate…I definitely can’t afford this new rent on my own. “

“A lot of things keep me up at night…. I’m just wondering if, what am I going to have to sacrifice at this point to keep us afloat? Am I going to have a roof over our heads and maybe not eat like we should? Or the other way around?” Landin added.

Landin works in customer service at a call center and said being a single parent has never been harder.

“Honestly I found myself in a situation where I thought I was going to sleep in my car with my daughter…I would cry myself to sleep…it makes you feel almost helpless that you can’t do anything about it. your own child. You know you are a parent and there is nothing you can do for your child. It’s just, it’s very disheartening,” Landin said.

After contacting several agencies, Landin’s Facebook post led her to another single mom looking for a roommate.

But it’s a temporary fix as both moms told ABC Action News they’re in survival mode.

“I don’t want to get emotional, but since I really do, I feel like I’m failing sometimes because I just don’t feel like we’re ready right now for single parents, you know, succeed. Honestly, I really feel like nobody hears us. And I feel like that’s why I would do this because even if it doesn’t help me if it helps just a person, like anyone. Because I know there are moms who are homeless right now. Who have jobs, who are busting their ass but who are still homeless right now”, explained Larkin.

Larkin is still looking for another single mother to live with or affordable housing.

“I called shelters. I called women’s resource centers. I mean, I literally called 211, did everything. And it’s not just now, it’s been a year that I’ve been actively searching,” Larkin added.

We have contacted several shelters in the Tampa Bay area, such as Dawning Family Services, and they are on a waiting list.

“We have to help people who didn’t usually come to us before,” said Claudia Gunns of Metropolitan Ministries.

Metropolitan ministries said the shelter is full but they have food, clothing and counseling available.

From Friday The CORDE Center in Hudson has several rooms available in its shelter.

Tampa Jewish Family Services said he had emergency financial assistance and referrals, as well as a food bank.

Here are some links for Tampa Bay area residents who need help: