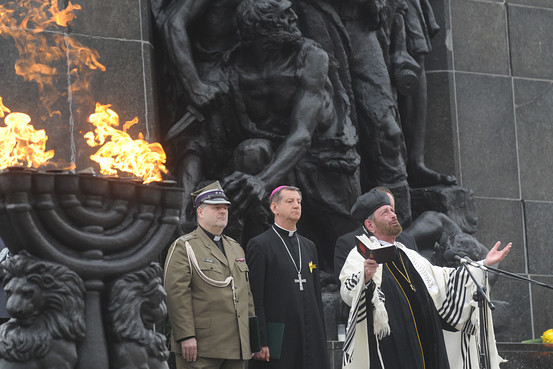 Sirens roar in honor of Jewish insurgents in Warsaw

A small part of the chasm in Polish-Jewish relations closed on Friday, when, to commemorate the Warsaw ghetto uprising in 1943, alarm bells rang out across the city. So far, sirens have sounded on August 1 in honor of the fighters of the Warsaw Uprising in 1944.

These alarms mark the moment when an important part of Jewish history – when a small group from the Warsaw Ghetto chose to choose their own death, to resist rather than go to the gas chambers – becomes part of the narrative of Polish history.

Often the two narratives, of Jewish suffering and Polish suffering at the hands of the Nazis, follow parallel lines so as never to meet.

Simcha Rotem, who was honored on Friday by Polish President Bronislaw Komorowski with the Grand Cross of the Order Polonia Restituta, is now one of only three ghetto insurgents still alive.

“Poland was our country and we were all its citizens,” Rotem said at the start of his speech, the monument to the heroes of the ghetto rising behind him during official state ceremonies. Opposite the monument was the newly built but not yet fully opened Museum of the History of Polish Jews, which aims to highlight the 1,000 years of common history of Poles and Jews rather than the differences.

Renting your apartment through Airbnb is illegal in most of Philadelphia