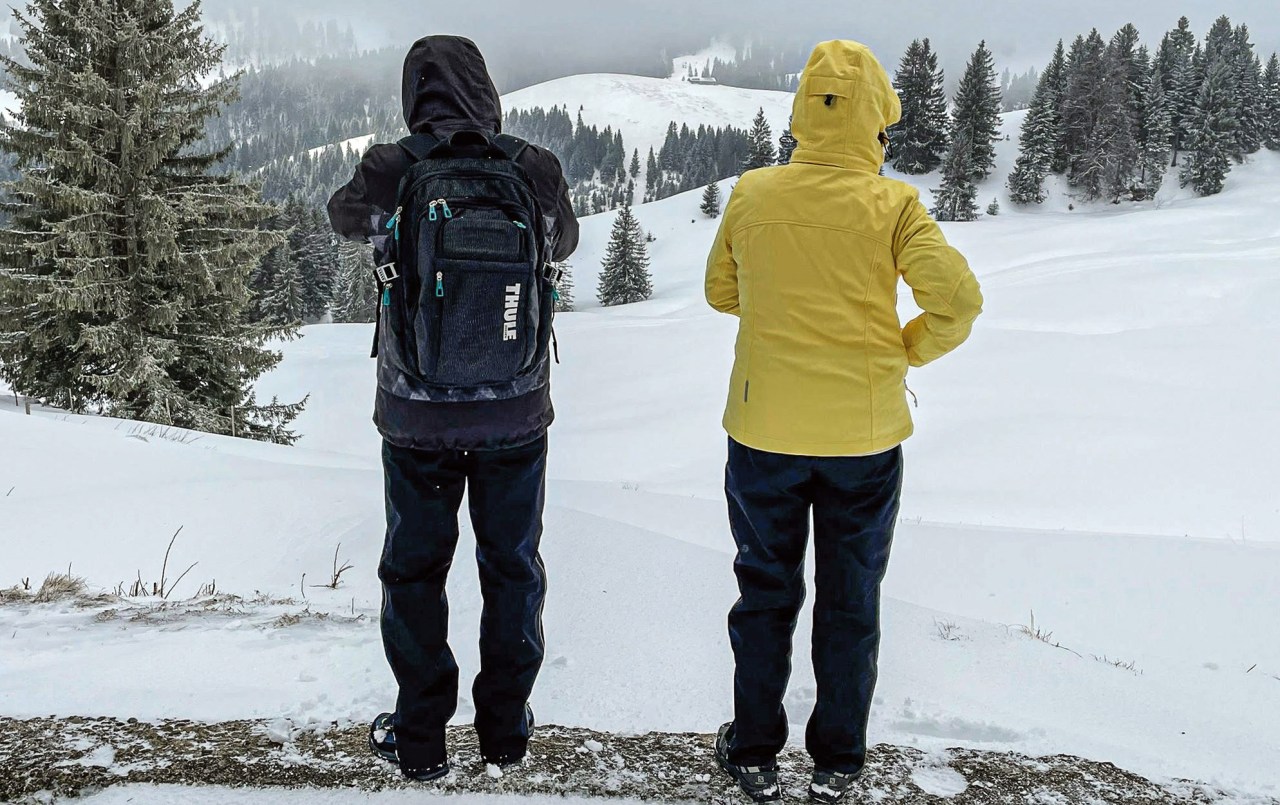 skis, trampolines and making memories in…

“It was 15°C on January 1, in the middle of winter!” said Dan, my mate from Cape Town who now lives near the German Black Forest. “It’s hectic.” We were talking about the unusually warm weather while watching our children play in the February snow at a modest ski resort called Der Kandel, above the Glottertal valley, which a local travel website describes as home to “grasslands blossoms and peaks of the Black Forest, orchards and vineyards and dark pine forests”. It’s in the summer.

The way we ended up there in the winter – aside from needing contact with my two children, aged 10 and 13 – was perhaps typical of the average South African traveler looking for a way affordable to share a week of family vacation while traveling on the rand. . To set the scene, my children live in Switzerland with their mother, where a coffee machine – without a barista – at Zurich airport costs well over R120. Although a holiday on the Swiss franc is painful, let’s be honest, unless you’re a South African government official or board member traveling at taxpayers’ expense, the euro isn’t either our friend. My partner and I were more familiar with takkies than skis.

Using her favorite global booking engine, she booked a two-bed Airbnb facility on the top floor of a farmhouse about 500m from the village of Glottertal, 15 minutes from Der Kandel.

But first we had to meet the brother and sister-in-law of Partner’s finance director, based in the Netherlands, after a few years of absence. Brother had found and booked an Airbnb in the relatively high village of Oberstaufen, a German winter and summer holiday destination considered one of the best ski resorts in the country.

Driving on the left is almost like skiing, as entertaining as it is informative about the country you are in. Any “mistakes”, like maybe turning the wrong lane, were done with grace and hilarity, and met with no middle fingers or hooting.

In the three hours it took to reach Oberstaufen from Zurich, we drove along the industrial edge of a large lake called Bodensee and Google told us we had crossed Lichtenstein, while Austria was heralded by a flag Red and white.

Little snow was evident when we climbed Oberstaufen. The following gloomy morning, however, these eager South Africans were greeted by a thick blanket of snow blanketing the street-lit village below our flat, the magic heightened by the falling flakes. It took us 10 minutes to cross the valley to the Steibis station in Imberg, and half an hour for the four of us to hire skis and boots which seemed more suitable for a moon landing.

My partner and I hit the slopes. Surrounded by a range of children from three to five years old, taking advice from Partner’s brother and a tattooed German-speaking Yorkshireman acting as our instructor, we slipped, slipped and fell numerous times during our journey of an hour to the top of the children’s slope. After an unsightly crumpling, Partner said he received a shower of blows at the head of a group of three-year-olds chanting, “Dinosaurus Rex!”

My own journey, emboldened by my belief that I knew how to ski, was captured by Brother on phone video, remarking to his wife in a vaguely disbelieving tone as I rushed to her sister, waiting at the bottom of the old children’s track: “Gaan hy nie stop nie?”

I did not do it. None of us could remember such unadulterated pleasure.

The tales were well received by the children once we collected them and arrived at our farm in Glottertal in the Black Forest. The first prize for the children on this working farm with the strong but pleasant smell of cow dung was the trampoline. A close second was reconnecting with Dan and his middle-aged children, whom mine knew from Cape Town; a certain familiarity, not too far from their new Swiss alpine home. For me, medieval towns and villages had their own appeals.

Travel podcasts to reignite the travel bug: Our weekly selection

We visited the old town of Waldkirch, 20 minutes on the highway, with its ancient castle ruins and history captured in carved, storied wooden statues.

Fifteen minutes in the other direction was Freiburg’s old town, with its Gothic cathedral in the cobbled town square, surrounded by a fruit and vegetable market and bock and bratwurst stalls.

Freiburg facilitated a specific connection with my son. We used to watch many Liverpool football matches. Finding a child friendly pub in Freiburg where we saw Liverpool win the league cup was a huge pleasure. Just like the daily trampoline sessions before the sun with my daughter.

We cultivated a parent-child bond in a difficult domestic climate, creating memories and sharing experiences, whatever the climate. DM168

This story first appeared in our weekly daily maverick 168 newspaper, which is available nationwide for R25.