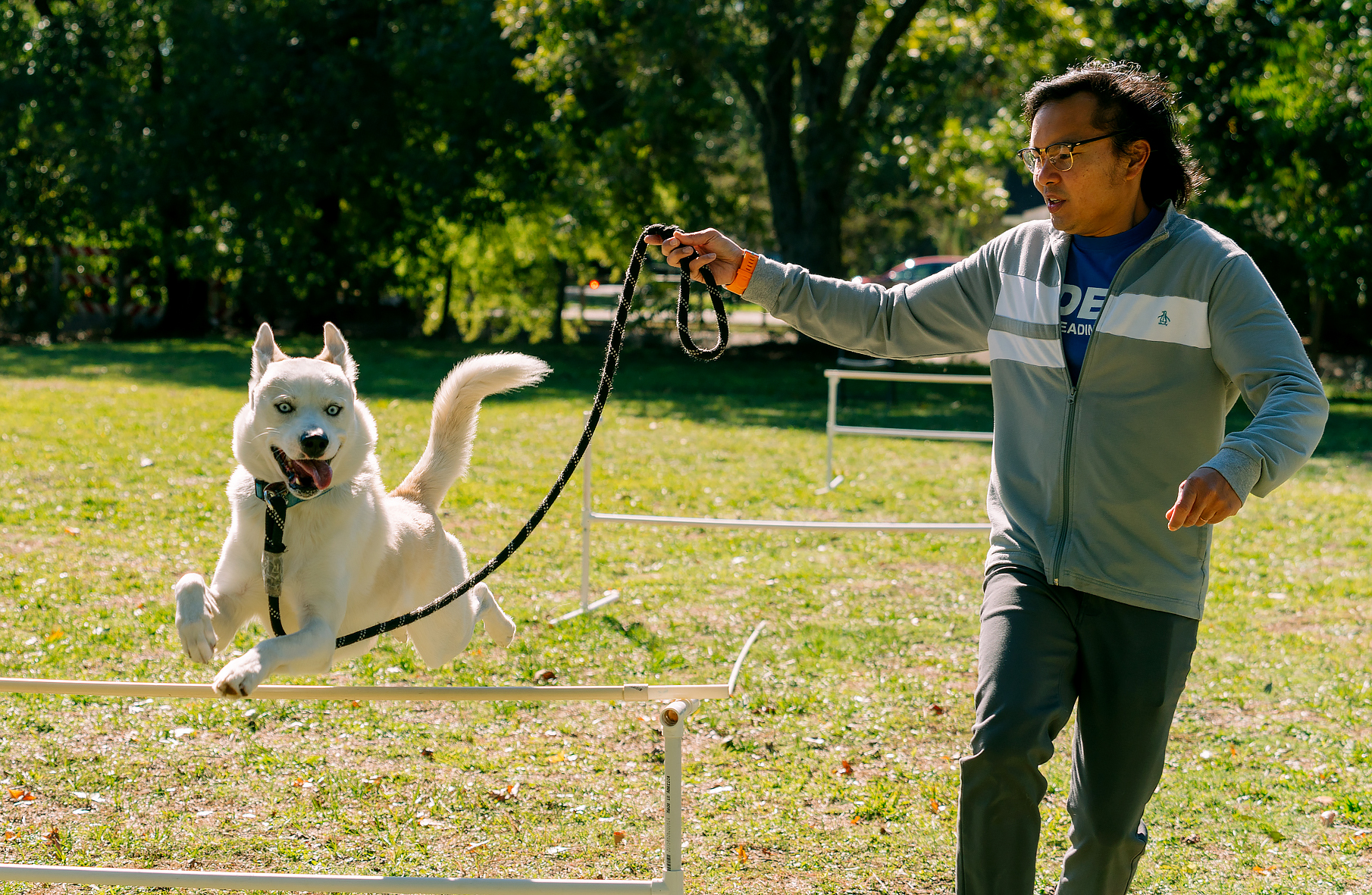 Sniffspot, the Airbnb of dog parks, is expanding in Houston

When a Houston couple gave their son a pup named Buttercup for his birthday two years ago, they were glad the husky-boxer mix would make a great cuddly companion. The only problem? Buttercup’s strength outweighed his delicate name.

“Every time we brought ‘Cup Cup’ to the park or tried to walk him, it was so difficult because the husky in him is so strong he can pull us,” said Tez Reventar, 41. So instead of going to the dog park, the Reventars let Cupcakes roam their 1.2-acre property in Spring Branch. They knew, however, that not all dogs had that kind of luxury.

Then Reventar came across an ad for Sniffspot, an app that bills itself as “the Airbnb of dog parks,” allowing dog owners to rent out other people’s backyards for an hourly fee.

Reventar signed up as a host, thinking she could help other dog owners while making some extra money. A year later, Reventar is a top host on the app and earns $300 to $600 a month renting out her garden, she said. The extra income, she says, goes into a separate account set up to pay for food and other Buttercup bills.

“It’s a pretty good source of income. We tell our kids, ‘Cup Cup has more savings than you guys,’” Reventar said.

Reventar is among approximately 80 Houston hosts who have signed up on Sniffspot to rent out their yard for $5 to $15 an hour. Sniffspot is different from other popular dog walking apps like Rover or Wag because hosts have little to no interaction with dogs or owners.

Sniffspot launched in Houston in 2019, but the creator has made a more concerted effort to expand here in recent months.

“We are growing all the time. The number of active spots in Houston is up 471% year-over-year since last month,” said David Adams, co-founder of Sniffspot, which has about 100 spots for rent in the area.

Adams, 35, started Sniffspot in 2018 after discovering how difficult it was to find places for his energetic lab pit bull to exercise while living in a high-rise apartment in Seattle. His girlfriend suggested creating an app to help people find places where dogs can run off-leash.

Adams previously raised $32 million as CEO of 2nd Address (formerly HomeSuites), an online marketplace he created to help users find monthly furnished accommodations. But for Sniffspot, he avoids big fundraisers because he doesn’t want to be beholden to big investors, said Adams, who now lives in Boston. He has raised funds from angel investors and has a team of six working remotely. Sniffspot isn’t breaking even yet, but it’s growing with minimal marketing, Adams said.

“We’ve seen a significant increase in the number of hosts joining Sniffspot lately,” Adams added. “You have inflation, you have higher interest rates, you have people getting laid off, so people are looking for ways to make money.”

The average host makes about $400 a month, Adams said, though some have made $3,000 a month, he said. “It’s almost like having a second full-time job,” Adams said.

Hosts are permitted to rent their “site” if it is on private land that is free of other dogs, pets, people and other hazards. Sniffspot verifies properties through host-submitted photos and Google Street View, but it also relies on guests to rate spots and report issues. Any place rated less than three stars is given a closer look by Sniffspot, and unhappy customers can receive a refund if needed, Adams said.

Hosts can also set their own prices for monthly subscriptions for guests who want access to locations multiple times a month at a discount.

Although registration is free, Sniffspot charges 22% from hosts to cover the costs of running the website, provides 7 days a week customer service, and offers damage protection up to $5,000 plus $2 million. dollars in liability insurance. Hosts also cover payment processing fees of approximately 2.9% plus 30 cents per transaction.

Dog owners agree to clean up after their pets, ensure dogs are vaccinated, and take full responsibility for their dogs on-site. Hosts don’t have to be home for guests to use their property.

Lyndi Heckaman, 43, another Houston-area host, prefers to rent out her yard only when she’s not working from home. Because she only makes her land available for a few hours, she only earns $100 a month. But she said she is always gratified knowing that her place can make a dog’s day a little brighter.

“I was surprised by the number of people who wanted to rent my land. I’ve had everything from people coming on a date to my yard, to people with foster dogs or more fussy animals, or my neighbors building a house and temporarily having no yard,” Heckaman said. .

Like Heckaman, many Sniffspot hosts aren’t just in it for the money.

“They get joy from helping the dogs,” Adams said. “That’s really what keeps our hosts going.”

Preliminary hearing for two suspects in murder of teenagers continues