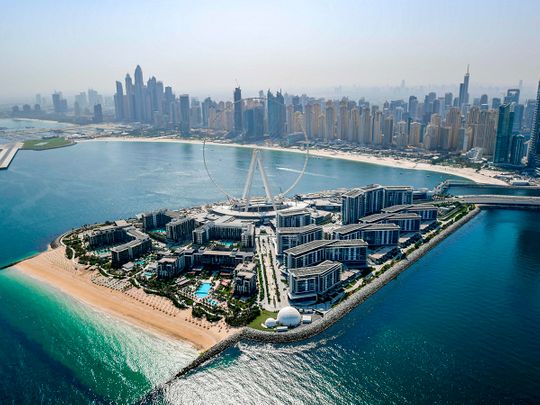 Some Dubai owners have problems renting apartments for short stays

Dubai: New tensions are emerging between landlords and OA (Landlord’s Association) management companies in Dubai over whether to allow apartments to be rented for short stays. This comes at a most inconvenient time for homeowners before demand begins to increase significantly before the Expo opens in October.

In recent days, more and more landlords are receiving cease and desist notices from the OA companies that manage the buildings where they have the units for rent. These were issued even though these units are authorized by the DTCM (Dubai Tourism and Commerce Marketing) for short-term rental. (DTCM is the only licensing agency for short term or vacation rentals in Dubai.)

“I’ve had my place on Airbnb for a while now – and then I got this message from the OA company to immediately stop all of these rentals,” said a downtown homeowner. “If I’m allowed to place my apartment on Airbnb, why should the OA try to prevent it, and that too after years of having no problem with short-term leases?” “

Not an isolated incident

Other apartment owners with units in Dubai Marina and JLT are caught in a similar situation. There is a catch to this, however – “I have been advised to cease all rentals of this type for periods of less than six months,” said one owner. “But when I checked with other owners of the same building who have Airbnb listings, they said they hadn’t received such notice from the OA?”

“Is this done selectively? “

When they contacted the OA companies, they were told that the notices were issued in accordance with the JOPD (Declaration of Common Ownership) rules. The JOPD is a contractual agreement that the property buyer enters into and establishes the rights he or she will have within that freehold building or community.

If an owner violates the JOPD rules, action can be taken. The association of the owners of this particular building can make modifications to the JOPD according to the requirements of the time.

According to the owner, “I was not aware of any changes to the JOPD before the notice was issued. The authorities have given me and others the right, as real estate investors, to lease our units, whether for short term rentals or not. I don’t know if the OA company can arbitrarily change the regulations to prohibit such leasing.

According to Vinayak Mahtani, CEO of bnbme, a short-term service provider, “There are those who from time to time try to prevent short-term rental companies from functioning, disrupting operations or trying to charge unreasonable costs. However, these attempts never succeed.

“Dubai tourism has been extremely helpful and has supported recent regulations. On the other hand, there have been AOs who have worked with us and together we have created a win-win scenario in terms of costs and the type of guests they would like the building to accommodate.

Affected landlords discuss with their lawyers their response to the OA’s decision to use the JOPD rules as a reason to stop short-term rentals. According to a lawyer, this issue could then fall within the competence of the RERA (Real Estate Regulatory Agency).

“If the AOs invoke a change in the JOPD rules, then it could be up to the RERA or the Rental Disputes Center,” the lawyer said. “But changes to JOPD cannot be used selectively or arbitrarily.”

For the owners concerned, the hope is that a solution can be found soon enough. If this drags on, they’ll be caught in a situation where they won’t be able to list their units on Airbnb or rent them short-term for less than six months.

This would then be a significant loss of income when the demand for short rentals develops well.

In ski towns, second homes are on the rise, but affordable accommodation is difficult