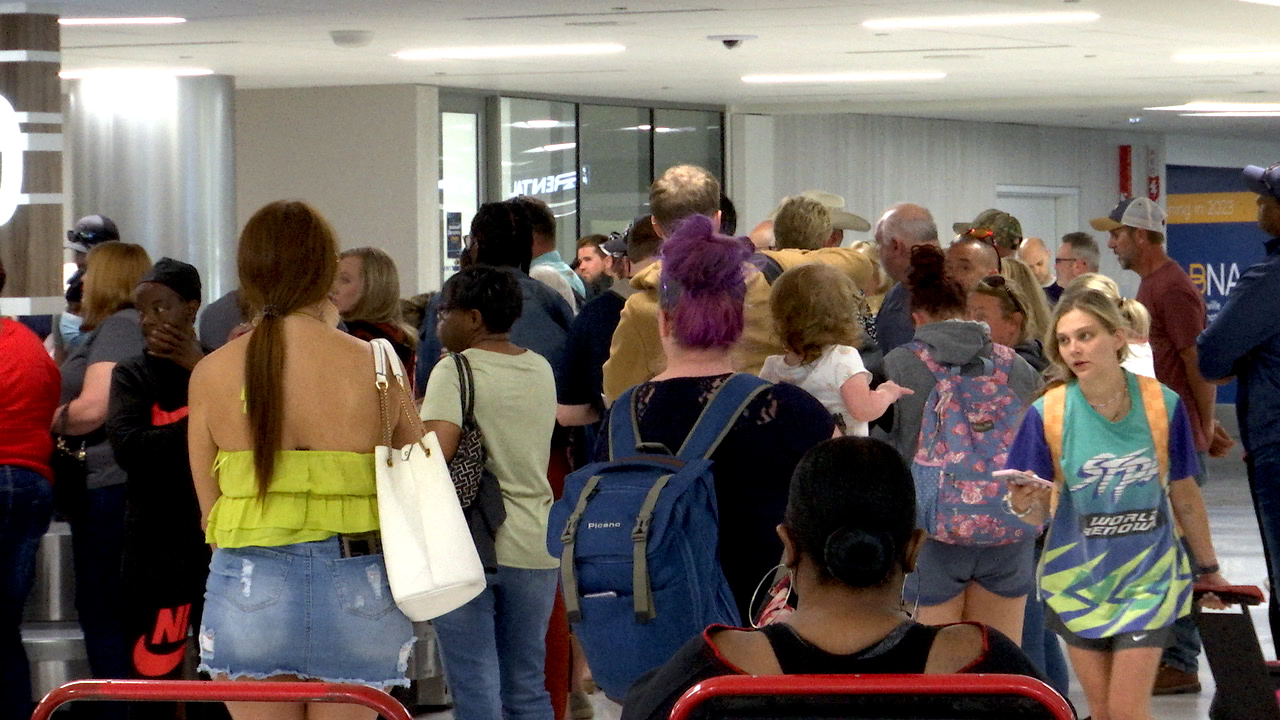 Some report travel times of over 24 hours

NASHVILLE, Tenn. (WKRN) — Travelers across the country have been experiencing major headaches over the Memorial Day holiday.

Some at Nashville International Airport reported minor issues and said patience was key during the busy travel period.

“A bit late, about an hour so far, but no real major issues,” said BNA passenger Keith Henderson.

Others reported longer delays. Alex Boyer was part of a group visiting Nashville for a bachelor party. He said a friend of his left his Airbnb to catch a 4 a.m. flight on Sunday and was still not home Monday afternoon. Boyer added that customer service with airlines has been less than ideal.

“You don’t really get that contact from the airlines when you experience a delay. It almost seems like they don’t care at all when you’re late. You’ve already paid for your ticket, they’ve already gotten their income from you, so why should they care if you’re late? Boyer said.

These delays were costing some members of his group dearly.

“When you are delayed for a huge amount of time, like you have to stay an extra night or for whatever reason, if it completely bothers you, you are forced to miss work for example, then you should be compensated” , Boyer said.

Boyer and a few other members of his group opted to head home on Monday, hoping to avoid traffic jams on Sunday. They said delaying their flight for a day paid off, but they felt bad for the other members of their group who were still not home 24 hours after leaving Nashville.

“I mean they already had headaches, so I can only imagine it would make their headaches worse,” Boyer said.

Hannah Conner of Huntsville, Alabama said the security lines were more crowded than she thought. The delays also impacted those she traveled with. Based on her previous experience, she urged others to get to the airport well in advance to avoid having to rebook.

“I was traveling from Tampa to Nashville and the TSA was backed up and I ended up missing the flight, and I had to pay more money to rebook and that was the price of a return ticket . So it was basically way more than I paid for,” Conner said.

Henderson and his wife, Connie, were on Breeze Airline’s innagural flight to Nashville. Although things went well for them, they urged others to show up at the airport with a lot of patience.
“It’s frustrating for everyone, nobody likes to wait,” Henderson said. “I think as a society we’re a little less patient because things come so fast. I would say just be patient and get by.