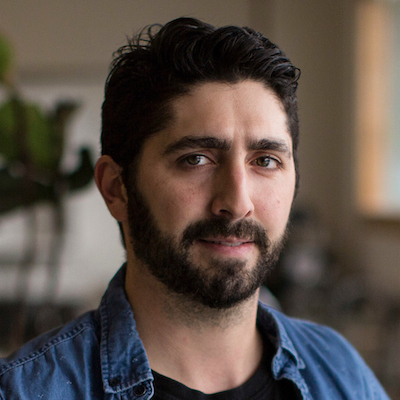 Martin Picard is the co-founder and vice president of real estate at Sonder. (Courtesy of Sonder)

The co-founder of the apart-hotel company Probe says his business is being approached by a growing number of homeowners in Canada’s three largest cities looking to lease vacant office and multi-residential space.

“I can see a lot more of these transactions happening over the next few years,” Martin Picard, co-founder and vice president of real estate at Sonder told RENX. “Many more office owners are reaching out to us to find out whether or not we would be interested in taking over an office building and turning it into a Sonder property.”

On the multi-residential front in Montreal, where the vacancy rate is around six percent, “you can see developers are worried about leasing these properties,” he added.

Picard says Sonder isn’t trying to be opportunistic about the situation some homeowners face. “We’re trying to see if we can be part of a solution right now,” he said, “but we’re definitely seeing a lot more interest coming in, especially in the office.”

The Sonder model and its history

Besides Montreal, where Sonder has 230 units, Sonder is present in Canada in Toronto (with 122 units) and Vancouver (66 units). The company plans to add 500 to 700 units in Canada over the next year.

Worldwide, Sonder has 4,500 units with an additional 6,500 units expected to hit the market within the next 12 to 18 months.

The company is active in some thirty cities, including 25 in North America. It also has facilities in London, Dublin, Madrid, Rome and Dubai and plans to open four more European markets this year.

Sonder debuted in Montreal in 2012, but moved its headquarters to San Francisco two years later. In December, Sonder agreed to establish a central office in Montreal that will create up to 700 jobs by 2025, many in engineering, data science and AI. It currently has 120 employees in the city.

The decision came after the Quebec government agreed to grant the company a $ 30 million loan through Investissement Quebec.

Picard returned from San Francisco to head the Montreal office.

How Sonder differs from Airbnb

Unlike Airbnb, Sonder is not a home sharing platform. Sonder rents and manages all of its spaces, which Picard says enables the company to provide “a consistent experience across all of our properties.”

The bulk of Sonder’s portfolio consists of apartments with a kitchen, living room and one or more bedrooms.

About 18 months ago, the company started adding hotels to its offering. Today, about 10 to 15 percent of its properties are hotels. “The objective is to have a more complete offer for customers.

Most Sonder spaces have automatic check-in, 24/7 digital concierge services and no front desk, providing a contactless experience, Picard says, is popular during the pandemic.

The Sonder app “guides the whole experience,” from checking in and accessing the unit to interacting with staff, he said. “It’s much more of a technology-based hospitality experience. “

Picard said commercial real estate may be the only real estate sector that performs worse this year than last year. Some office leases to be renewed will not be renewed, while others will be renewed with less space.

As tenants leave or downsize, the Sonder model of transforming spaces into apartments that can be licensed as hotels “becomes quite compelling for a landlord.”

Sonder prefers to rent entire buildings, which allows him to control halls and other areas. As a result, smaller Class B office buildings are of greatest interest to the business, Picard said.

“There has been a lot of outreach, both (from) large institutional groups and more local owners,” he added.

For zoning purposes, in a city like Montreal, it’s easier to turn the office into a hotel business than it is to go from residential to hotel business, he noted.

Sonder now has four buildings in Montreal, including the 53 Guerin Lofts units on Drolet Street in the Plateau Mont-Royal sector which opened in October. The five-story building once housed a textbook publishing house.

Plans call for the opening of four more properties in Montreal during 2021, including 150 properties in the downtown area and in the Old Port in which it will operate all of the buildings.

The company opened its first building in Vancouver last October, the 66-unit Sonder at Revival on Comox Street in the West End. Properties in Toronto included the renovated Beverley Hotel on Queen Street West.

There are currently no plans to expand into other Canadian cities: “We’re really trying to make sure we have more units in our three main cities right now. But nothing is out of place.

Picard says that during the early days of COVID-19, Sonder’s occupancy rate fell to about 45% from its traditional rate in the 1980s. Occupancy rates have since rebounded.

“We probably did a little better than a lot of hotels out there,” largely because of the contactless experience. “You don’t really need to interact with other people and it’s something that resonates with people right now.”

Sonder customers book average stays of 10 days, compared to the average of the previous four days, making its spaces with kitchens and living rooms more attractive.

Picard says Sonder is operating on a schedule that could see it go public at the end of 2022. However, “we are still navigating a very volatile environment for our industry.”

Join Spadea at ‘Rock The Farm’ at Seaside in September