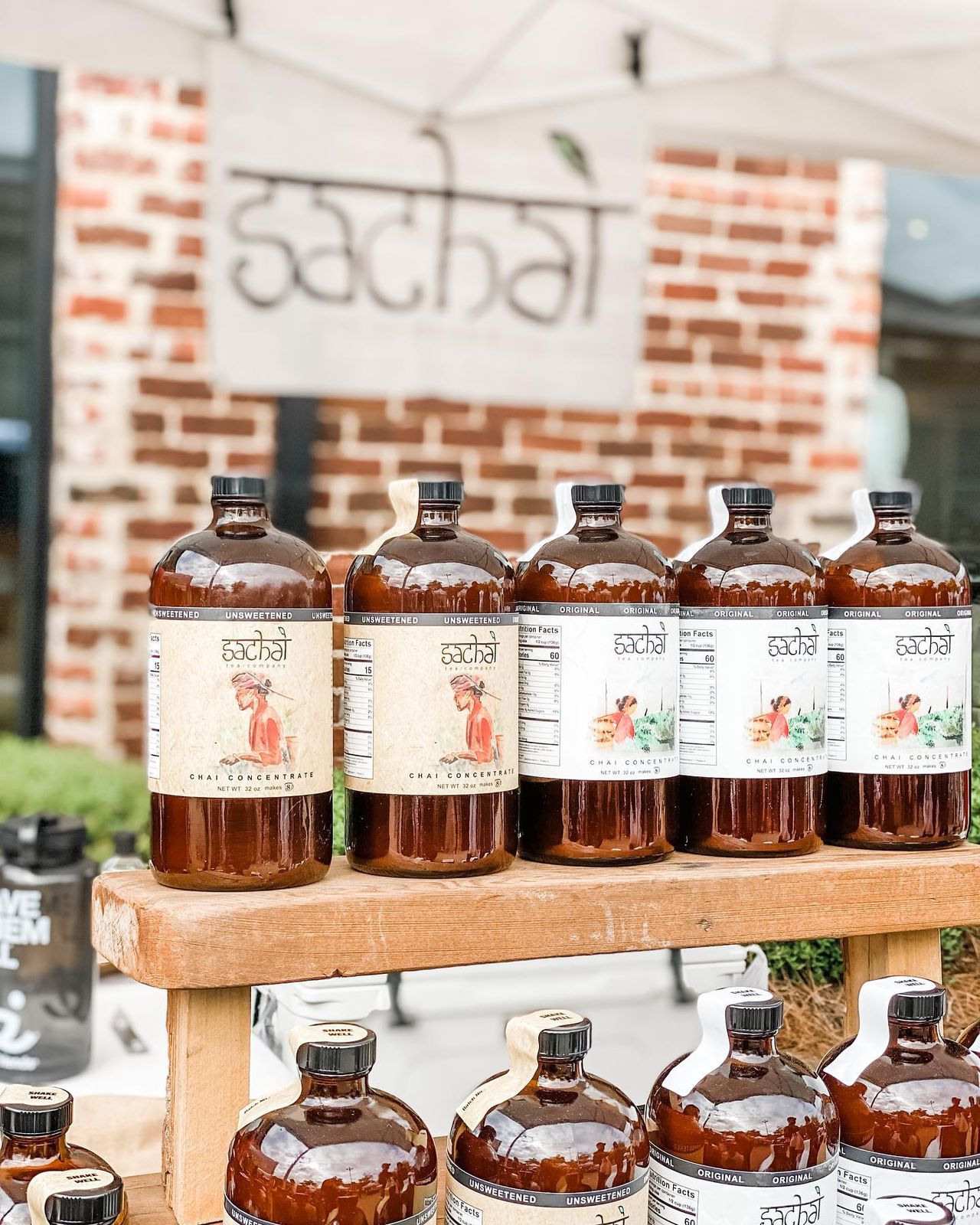 At Birmingham’s popular Pepper Place Market, Rebecca Denson loves offering samples of chai, a blend of tea and spices paired with milk, common in her native India. “The majority who try it are beginners,” she says. “And 10 out of 10 say it’s the best thing they’ve ever tried and” I need it in my life. “”

Rebecca, who owns Sachai Tea Co. with her husband Clint, is happy to show them how to make chai at home. They can either buy a liter of the concentrate she and Clint developed, or go to any number of local cafes that sell Chai Sachai and order the drink hot or iced.

“People appreciate an authentic product that is tasty, quality and has a story,” she says.

Rebecca was born and raised in India, where she says people drink chai every day in their homes. “In India, it’s rude to have someone at home and not serve chai,” she says. Likewise, her husband Clint couldn’t eat a meal at home in Mississippi without sweet tea. Their business is “a coming together of two cultures,” she says.

Although she never imagined running a tea business, she was inspired several years ago when and Clint went to work at Seeds Coffee Co. in Homewood. “Their model is direct trade,” she says.

Because she is from India, her employers suggested that she do the chai at Seeds. “There isn’t just one recipe,” she says. “There are so many different ways to do it. “

At first, she and Clint made chai in their slow cooker. “He developed the recipe and I gave my approval,” she says. “It was delicious and immediately became a favorite. People wanted to buy it and take it home.

The couple decided they needed to find a way to bottle their chai recipe. After a year-long process, they figured out how to make it shelf stable.

Meanwhile, a trip to India in 2015 gave them the idea to found the Sachai Tea Co. They visited tea gardens all over the country, which is the third largest tea producer in the world, and brought it back to the house suitcases filled with tea. “It was inspiring to meet the tea workers and hear about their struggles,” says Rebecca.

Rebecca had grown up in the city and was unfamiliar with tea gardens. Seeing them was “magical” at first, she says. “Most tea is grown at higher elevations,” she says. She remembers climbing a mountain for a few hours on a windy road, with trucks passing in front of them, pushing them close to the edge. “Up there we could see several mountain ranges covered with tea gardens,” she says.

Her husband commented: “I feel like I died on the way and went to Heaven.” A tea picker replied, “We feel like we are living in hell.”

“It puts the difficulties in perspective,” says Rebecca. Typical workers work all day in the scorching sun, plucking around 200 pounds of loose leaf green tea per day for an average of $ 3-5. Most tea gardens are large scale, with worker villages living in the mountains for generations.

In Assam, India, they found a smaller scale tea garden that they wanted to support. “They are very intentional when it comes to farming and they try to empower their workers,” she says. “They already practice ethical agriculture. We want the people who drink our teas to know something about our farmers.

Due to their belief in supporting tea growers, the Densons are in the process of incorporating Sachai Tea Co. as a charitable corporation. Their next goal is to become the first Certified B Company in the state of Alabama. Eventually, their product labels will display the B Corp seal, putting them in good company with others like Patagonia, Ben & Jerry’s and Stonyfield Organic.

“It’s gonna be a really big deal,” says Rebecca, demonstrating the company’s commitment to “using business as a force for good,” as the B Corp website explains.

In addition to chai concentrate, which is sold in three varieties, Sachai also sells loose tea and even chai-scented soy candles on its website. Thanks to a “great collaboration”, Cahaba Brewing brews “a few hundred gallons” of their cellar each month. “We can continue to grow there,” says Rebecca.

The company’s name means “truth,” she said. “We hold the truth to a very high standard,” she said. “We want to be true to the way we run our business, to tell our story, our product and our authenticity. “

Rebecca came to Birmingham from India for higher education after graduating with a degree in education. “A lot of what we do is educate,” she says, especially about the meaning of direct trading and being a conscious buyer.

This year, they added two more families to their business partnership, although the Densons still have a controlling stake.

She and Clint, who have always teamed up and “do it all together,” have 7-year-old twin daughters and a 4-year-old son. Clint’s mother is the mayor of Crystal Springs, Mississippi. “Our daughters have a strong matriarchal influence,” says Rebecca.

She and Clint have also always shared a spirit of adventure and “a desire to know the world and different cultures”. In addition to Sachai Tea Co., they help run the multicultural and inclusive AWAKE community school in their West End neighborhood.

But what excites Rebecca the most right now is her desire to start an incubator kitchen to provide access to underserved communities. “Birmingham has so much culinary talent, but not enough inspiration to start a business,” she says. “Incubator kitchens are important for a vibrant culinary scene in a city. Big cities like Washington, DC and Chicago have them, she adds.

“I dream of it,” she says of her idea for an incubator kitchen. She already has a location in mind. “As a minority myself, I have long wanted to empower other women. I realized I am the minority. I have to do well to be an inspiration.

The Oregon home of “Twilight” is an Airbnb

10 books to obsess over in August