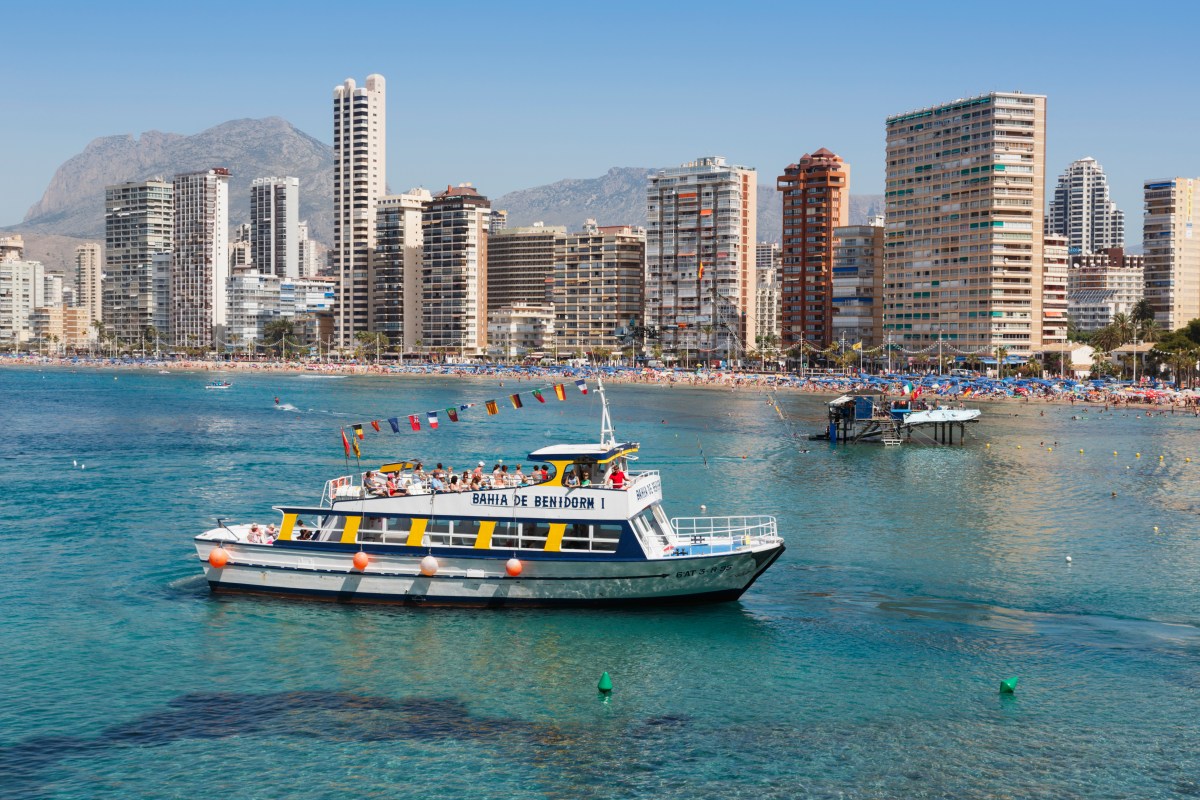 BENIDORM tourist leaders postponed until the end of July their hopes of an influx of British tourists after being asked to show “caution” and “patience” during a meeting with the British Ambassador to Spain .

The Costa Blanca’s hopes of securing preferential treatment from the rest of mainland Spain due to its low coronavirus rates were hammered today after Hugh Elliott indicated the region would not be differentiated from others.

And Benidorm mayor Toni Perez later admitted his hopes of seeing a flood of British tourists at the start of the summer were shattered as he said he now looks to the end of July and August.

Antonio Mayor, president of Benidorm, Costa Blanca and Valencia Hotel Association Hosbec, also said that the possibility of Portugal, a “green list” country, being demoted to the UK’s orange list was discussed during the meeting. .

He added: “We have been told that the Autonomous Community of Valencia, which includes the Costa Blanca, would not be treated any differently from the rest of mainland Spain despite its low rate of coronavirus.

“The impression I was left with was that there was a good chance that the Balearic Islands would be included in the next green list but not necessarily the Canary Islands as they do not do the same amount of genome sequencing to identify the different strains of Covid.

“What was clarified during the meeting is that mainland Spain will not be included on the next announced green list.

“Everything is a bit up in the air. The British Ambassador stressed the need to exercise caution and patience in the face of the spread of the Indian strain of Covid.

“We hope it will be before, but we now see July 20 as the kind of date that things could change and if that happens, tour operators will need at least a fortnight to normalize operations, which we brings to the beginning of August.

Reacting to information from local Spanish newspapers, Mr Elliott had completely ruled out the possibility of Spain being on the UK’s green light list before the end of July, Mr Mayor said: “It was not that explicit , but there are a lot of question marks and few answers at the moment and what is certain is that the green light is still in a few weeks for mainland Spain.

The mayor of Benidorm, Toni Perez, said after today’s meeting, which lasted just over an hour: “We can announce a summer very much linked to national tourism.

“Our hope is that we can start receiving British tourists at the end of July and the beginning of August as an autumn approaches which we hope will unfold with the greatest possible normality.

“Our concern for a long time has been when we can open up to British tourism which is our main tourist market.

“We are working on the basis that there could be a significant number of people arriving from the UK during the months of July and August, August and September.

“We know we are a favorite destination for the British people and there is as much desire in the UK for open borders so that British holidaymakers can come here as there is here to receive them.”

Mr Elliott, on his first official visit to Benidorm, added: “Tourism will seek safe places, so I am sure that the work done by Benidorm and the Autonomous Community of Valencia will bear fruit.

“We are sharing information very fluidly and I am sure that the dates the mayor of Benidorm spoke about will be the dates when we can see my compatriots enjoying the holidays here that they want to enjoy.”

The Autonomous Community of Valencia, which includes the provinces of Castellon, Valencia and Alicante, has campaigned for preferential treatment from the rest of mainland Spain over the UK’s traffic light system.

It is the region of Spain with the lowest accumulated coronavirus rates in more than two months, although the rate has increased in the past two days to reach 35.47 per 100,000 population.