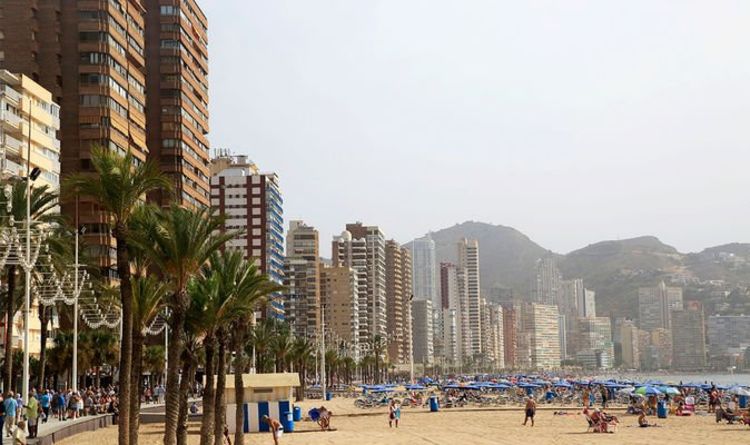 The UK has released an update on travel restrictions and has decided to keep most European countries on the Orange List, including Spain, despite being the country one of the safest destinations for the tourism. The Balearic and Canary Islands were also not on the list after requesting to be treated separately.

The rise in the number of infections in the UK in recent days has led experts to call for travel restrictions to be maintained. Spain remains on the Orange List, which means holidays in the country are not allowed.

The Spanish Confederation of Hotels and Tourist Accommodation said this was “very bad news” for Spanish tourism.

Confederation President Jorge Marichal said: “The hospitality industry has been eagerly awaiting this news, but of course this bad news is destroying the great possibilities we have had to recover part of this summer, especially in this month of June. “

However, he said it was important to follow the measures aimed at reducing the infection rate so that “we can recover not only the tourism sector as soon as possible, but above all the employment it generates”.

Britons traveling to Amber List countries will have to self-quarantine upon return and pay for at least three PCR tests.

The government has already made it clear that people should not go to the amber countries except for essential reasons.

Spain has been in talks with the UK government for weeks to get into the long-awaited Green List, which allows Britons to travel without having to self-quarantine upon their return.

On May 24, Spain announced that it would open its borders and allow British tourists to enter without restrictions. The country lobbied to be on the UK’s green list, without success.

Spanish President Pedro Sanchez said this week: “They find it difficult to expand the Green List with the internal differences they have with de-escalation.

“Despite this, we are convinced that by the end of the month we will be there, among other things thanks to the downward trend in the incidence accumulated in our country.”

This decision will have a huge impact on the tourism sector, as many companies and tour operators have scheduled their return to activity as early as the middle of the month.

Ryanair CEO Michael O’Leary said it was “absolutely imperative” that “major tourist destinations” such as Greece and Spain be added to Britain’s green list this week.

After this update, everything is now delayed.

Following the latest review, Portugal, which was on the green list a few weeks ago, is now moved to the amber list.

Seven countries have been moved to the red list, meaning that travel is not allowed and for those returning to the UK from these destinations, a mandatory 10-day hotel quarantine is required.

The countries now on the Red List are Egypt, Sri Lanka, Costa Rica, Bahrain, Sudan, Trinidad and Tobago and Afghanistan.