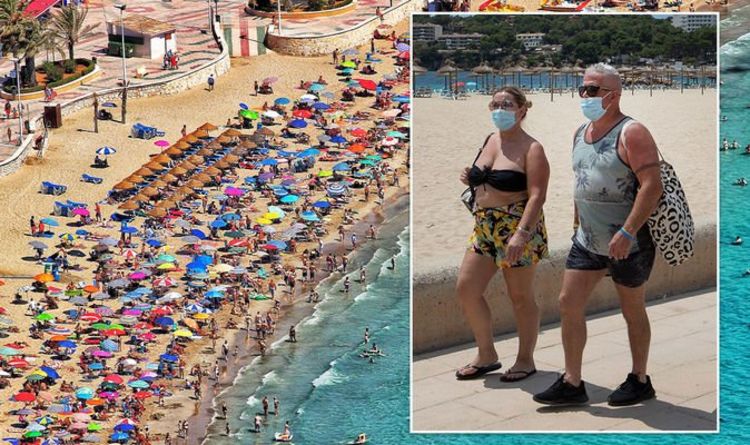 Around 285,000 Britons currently live in Spain, having moved to the sun. However, the impact of Brexit and COVID-19 has seen an influx of travel restrictions that may make some Britons reluctant to take the leap overseas.

According to one expat, however, these shouldn’t be a hindrance for those hoping to relocate.

Speaking on his Moving to Spain podcast with David Wright, the British expat turned podcast host reveals that he believes the “perfect time” to move is now.

“There’s a lot going on in the world right now with Brexit, travel restrictions and the virus and the uncertainty all is well,” he said.

While the expat says he appreciates and understands the current “fears and anxieties” that some people may have, he doesn’t think that should deter people from chasing their dreams.

Currently, COVID-19 restrictions mean that only vaccinated Britons can enter Spain without quarantine.

Unvaccinated Britons must provide proof of a negative PCR test if they are to bypass the quarantine rule.

Meanwhile, the new Brexit rules mean the British no longer have freedom of movement across the European Union.

Instead, they must apply for a visa – a rule that often comes with its own fee.

Despite these rules, Wright says the key is to stay “positive and organized.”

“Anything you can dream of, you can do, and moving to Spain is no different,” he explained.

“It all depends on your state of mind. The perfect time is always now.”

He continued, “There is going to be a lot of paperwork. There are going to be rules and regulations to follow, but you can learn how to find solutions to all these problems.

“In wishing it didn’t work, you have to take daily action and even the smallest of actions can get you on the right track.

“Any excuses you think you have are all in your head – money, kids, family commitments, or work.

“We all have the same things to overcome. Everyone who has ever moved to Spain has experienced similar things and found solutions to these problems.

“The internet is full of people posting and reporting on the difficulties and issues that arise when moving to Spain. But you have to stay focused and find positive people and the information that will help you move forward.”

Living in Spain with David Wright is available on Spotify.