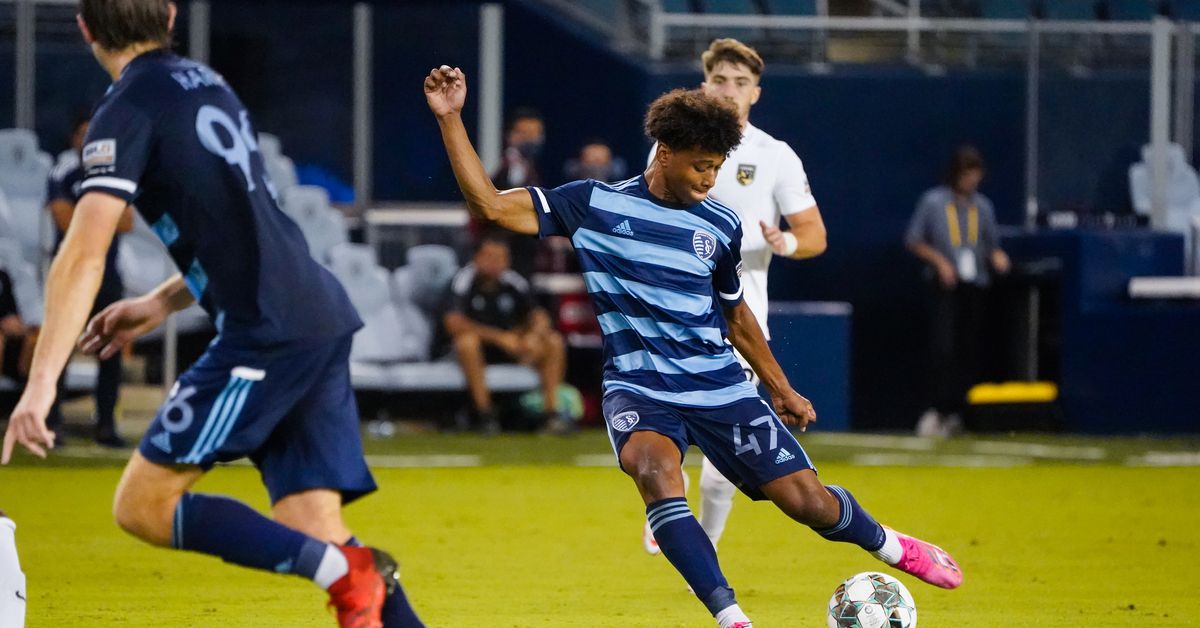 Sporting KC II’s search for an 80-minute equalizer was never found despite a number of chances as they lost to Birmingham Legion FC in a final score of 1-0 at home on Friday night .

In Sporting II’s 15th loss this season, there were some promising performances. Brooks Thompson had some terrific reaction saves to keep SKC II in the game. Enoch Mushagalusa could not have come close to equalizer several times. And Mattaeo Bunbury showed promise as a half-time substitute.

With five games remaining, SKC II remains on 20 points with a 4-15-8 record. They sit at the bottom of the Central Division, behind the playoffs by 15 points. Birmingham clinched a playoff berth with Friday’s victory as they edged 30 points ahead of SKC II.

Birmingham was led by Neco Brett, one of the league’s top scorers, as well as former SKC midfielder Mikey Lopez and Jamaica international Junior Flemmings.

SKC II’s Enoch Mushagalusa got the first glimpse of the game after three minutes. Isolated with a defender, Mushagalusa cut the ball to his right but his curling effort was high and wide.

The visitors scored from a set piece 10 minutes later. Bruno Lapa’s corner kick was met by a formidable header from Alex Crognale. The 6’5 “center-back stood up easily to beat Petar Cuic in the air, sending the ball into the ground about seven yards.

SKC II had a good response after conceding early. In the 13th minute, Birmingham surrendered possession due to the high pressure of the SKC II. Dia found Wilson Harris on a quick counterattack, but Harris’ subdued effort with just the keeper to beat was saved by the keeper.

Neco Brett came close to scoring his 16th goal of the season for Birmingham in the 17th minute. His free kick from around 25 yards beat Thompson before hitting the crossbar and settling out of play.

SKC II found another chance in the 40th minute. A good free kick from Jake Davis took a deflection before bouncing off Kaveh Rad and floating right next to it. Another day when luck favored SKC II, the game would have been even.

Brooks Thompson was forced into action to maintain a one-goal deficit in the 44th minute. As Junior Flemmings looked to play the ball wide, his pass was directed towards the goal by Dia. Thomspon came to save the goal against his camp with a nice reaction, spreading to his left to push it back.

SKC II approached the equalizer in the first half timeout. Receiving Dia’s delivery on the left, Grayson Barber’s cushioned header fell for Jake Davis to take a hit. Davis sent his shot aside.

Mushagalusa came within inches of equalizing twice in the second half. His first opportunity came in the 48th minute. Receiving the ball from Davis, Mushagalusa sent his shot out of the net. In the 61st minute Cuic found Mushagalusa on the left. Mushagalusa’s effort beat the keeper again but hit the frame of the goal.

Another opportunity presented itself to the hosts in the 65th minute. Starting the race in his own half, 16-year-old Mattaeo Bunbury almost found his first professional goal for SKC II. His effort was saved by a tense Matt Van Oekel.

SKC II nearly equalized with a shot from Ozzie Cisneros in the 83rd minute. Kayden Pierre’s run to the right got Cisneros out, but his top-arch shot narrowly missed on the right.

Brooks Thomspon kept the score 1-0 in the 86th minute when he reacted well to deprive Birmingham’s Zachary Herivaux of his first goal this season. Thompson managed to put his right hand on the ball, opening the shot from the side despite a late deflection.

SKC II have hit the road for four of their last five games, starting with a visit to Memphis 901 FC on Wednesday.